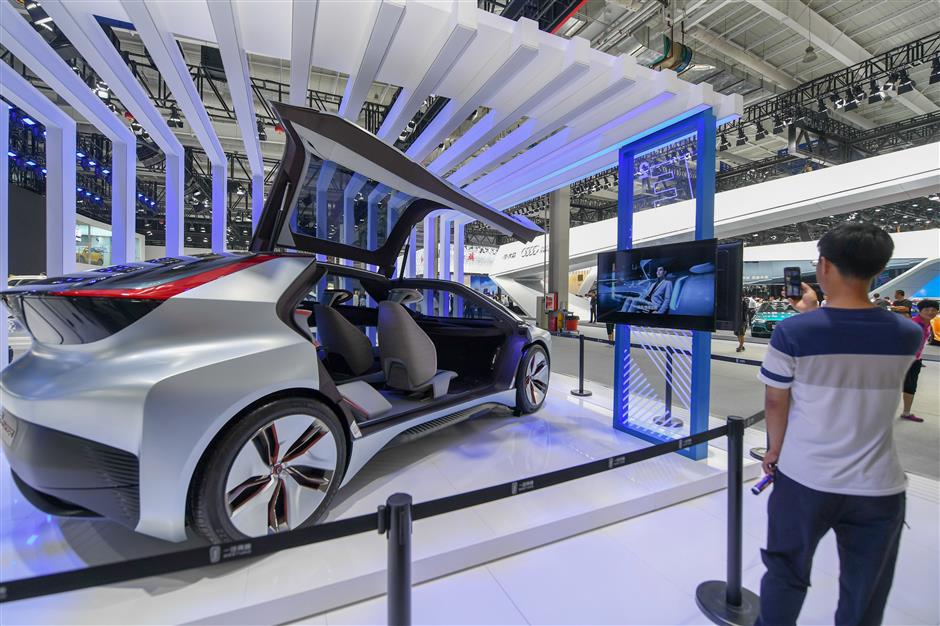 A smart car is displayed at China Chuangchun International Automobile Expo on in Changchun, Jilin Province, on July 18, 2019.

Growth in China's passenger vehicle sales is expected to re-enter the expansion territory after a larger decline in 2019 thanks to a more stable market and favorable policies, according to a report from an industrial association.

The retail sales of passenger vehicles went down 7.4 percent year on year in 2019, compared with a 3-percent drop in 2018, to some 20.69 million units, according to the China Passenger Car Association.

Although month-on-month growth in December reached 11.1 percent, the reading is still among the lowest in history, the CPCA said.

However, the association predicts a 1-percent year-on-year growth for sales to reach 21 million units in 2020, in light of signs of recovery as manufacturers gear up production and the wholesale sector saw faster growth.

"The foundation for positive growth in China's auto market is solid," the association said in an analysis released on its website.

After 18 years of growth in the fast lane, the Chinese car market has accumulated a large population of car owners. Faster upgrades in products and technology and growing appetite for replacing their cars make favorable conditions for healthy sales growth, CPCA said.

A breakdown of the 21-million-unit predicted the figure would include a replacement of 13.6 million cars and 6.4 million first-time purchases in 2020 given an average car service life of eight years. If the service life is put at 10 years, the new buyers would reach 10 million.

The CPCA also cites a decrease in uncertainties facing the Chinese economy and new consumption stimulus policies as causes for positive growth.