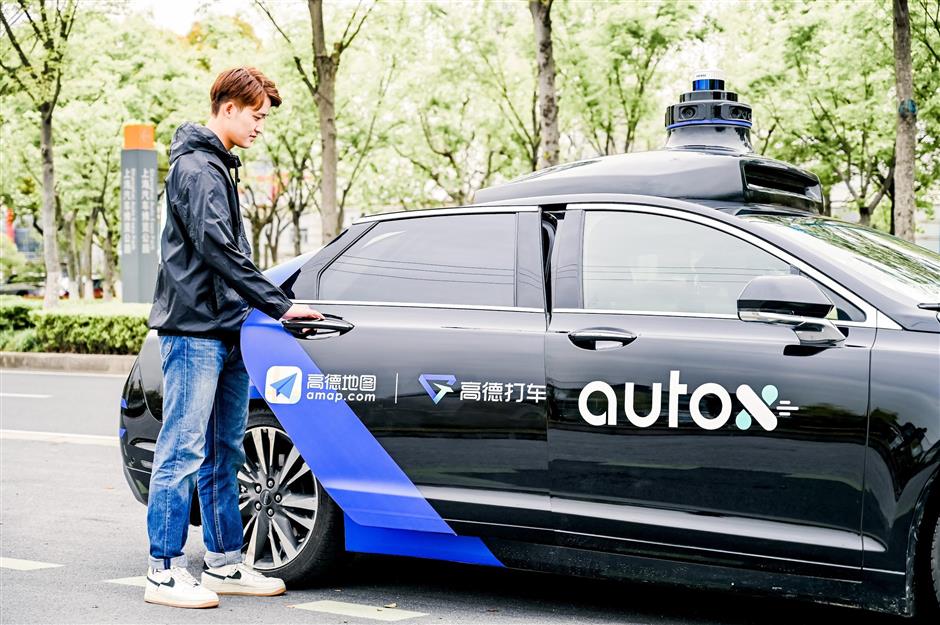 User will be able to hail rides with the AutoX robotaxi from AutoNavi app in Shanghai Jiading District as part of a pilot project.

AutoNavi users can hail a self-driving AutoX vehicle for a free ride in the district starting from May 8. Each taxi will have a human driver sitting inside to guarantee the safety of passengers in case of emergencies.

The two companies' initiative marks a further step for the city to promote the commercialization of the self-driving car sector. This is also the first time that the public will be allowed to experience robotaxi services via a ride-hailing app in Shanghai.

Earlier this month, the Shanghai Commission of Economy and Informatization said that the city’s new plan to develop the digital economy encompasses the “smart mobility sector,” including commercial application of intelligent and connected vehicles.

The city will also promote itself as a center for projects related to intelligent and connected cars as part of a broader plan to become a world-class automotive center. Shanghai will host pilot projects related to the production and use of high-precision navigation mapping and reduce the complexity of driverless vehicles.

At present, the robotaxi service is only open to people who register for the experience from April 27 to May 5, for a ride scheduled between May 8 and May 10. AutoX said it plans to expand its robotaxi services to the public later after this pilot project with early riders.

In 2019, Jiading and AutoX reached a strategic cooperation. AutoX said it would launch about 100 self-driving taxis in Shanghai's demonstration area in early 2020 for trial operations.

AutoX has also established a big data center for self-driving vehicles in Shanghai. The startup calls the center the largest data hub of its kind in China and the biggest robotaxi operations center in Asia.

The 80,000-square-feet center collects and stores data gleaned from the operation of its fleet and from cloud computers running simulated virtual tests.