Musk made the announcement on Twitter after several days of raging online and a lawsuit seeking to resume operations at the factory.

“I will be on the line with everyone else. If anyone is arrested, I ask that it only be me.”

Musk said, moments later, that state officials had approved the reopening but that the move had been blocked by local authorities.

“California approved, but an unelected county official illegally overrode,” he said. “Also, all other auto companies in US are approved to resume. Only Tesla has been singled out. This is super messed up!”

Musk’s move comes amid rising disputes over the pace of easing the lockdowns imposed by states to contain the deadly coronavirus outbreak. Over the weekend, Musk threatened to move Tesla’s headquarters and factory out of California as a result of the standoff.

“Frankly, this is the final straw. Tesla will now move its HQ and future programs to Texas/Nevada immediately,” Musk tweeted as part of a series of angry messages just before the company filed the lawsuit seeking to force authorities to allow a reopening.

Following Musk’s statement, Alameda County’s office of emergency services said Tesla was only allowed to maintain “minimum basic operations” until officials approve a plan and that it expected a proposal to be submitted by the company later in the day.

“We are addressing using the same phased approach used for other businesses which have violated the (shutdown) order in the past, and we hope that Tesla will likewise comply without further enforcement measures,” the county statement said.

On Monday, US Treasury Secretary Steven Mnuchin voiced support for Tesla’s effort to reopen its factory. “I agree with Elon Musk,” said Mnuchin.

“He’s one of the biggest employers and manufacturers in California, and California should prioritize doing whatever they need to do to solve those health issues so that he can open quickly and safely.”

The US administration is pushing a reopening of the world’s largest economy, battered by weeks of lockdown, even as the daily death toll is rising by 1,000 to 2,500 in recent weeks. 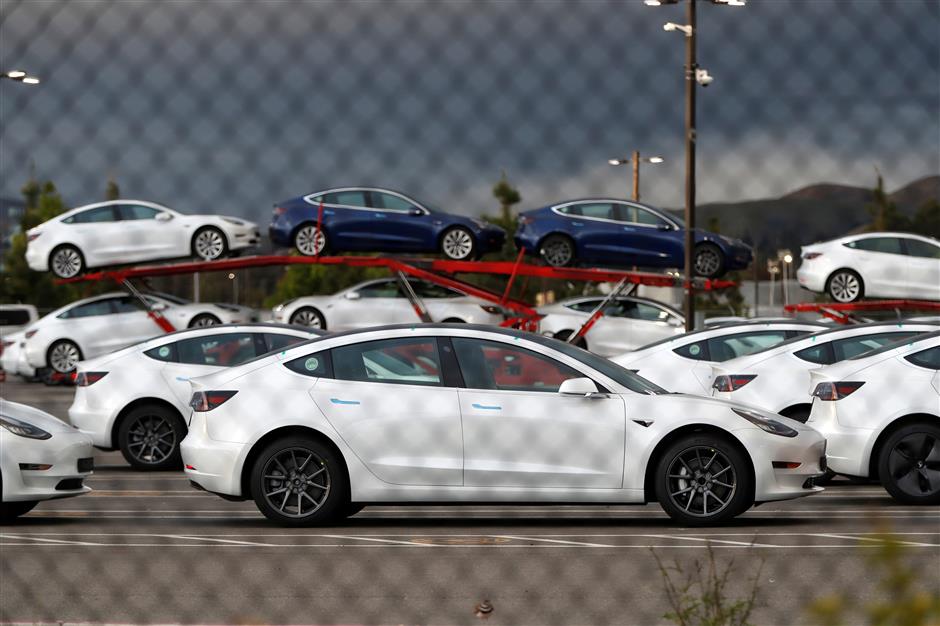