At least three foreign automakers have so far announced plans this year to invest in China’s new energy vehicle industry, a move demonstrating their commitment to the Chinese market and ambition to explore the booming sector.

In late May, German carmaker Volkswagen announced that it would invest around 2.1 billion euros (US$2.3 billion) in electric mobility in China, of which 1 billion euros will be used to raise Volkswagen’s stake in the e-mobility joint venture with Chinese JAC Motors from 50 percent to 75 percent and to acquire a 50 percent stake in JAC’s parent company JAG.

In another deal, Volkswagen will pump the remaining 1.1 billion euros into Gotion High-tech Co, a Hefei-based manufacturer of electric batteries, becoming its largest shareholder. Both parties agreed to cooperate in the field of electric vehicle batteries, and Gotion will become a certified supplier of Volkswagen.

It was the first time that Volkswagen in its nearly 40 years of operation in China has joined the strategic development of a Chinese automaker and become a shareholder of a private enterprise. It is living proof of China’s strong determination of reform and opening-up, said Stephan Wollenstein, CEO of Volkswagen Group China.

Additionally, this year Volkswagen plans to invest another 4 billion euros in China. According to its development plan, the firm expects to deliver around 1.5 million NEVs to Chinese customers by 2025.

Foreign automakers usually prefer to set up an individual company or cooperate with Chinese partners in the form of a joint venture. Volkswagen yet decided to invest in JAG and Gotion, both based in Hefei, eastern Anhui Province, and this shows its determination to localize the industrial chain, said Cui Dongshu, secretary general of the China Passenger Car Association.

After Volkswagen’s ambitious deals in the NEV sector, BMW followed suit by inking a contract with leading charging station provider State Grid EV Service Co, in a bid to promote e-mobility in China.

Foreign automakers have not just focused on one aspect of the NEV sector, but have set their sights on the overall industrial spectacle, including battery R&D, and charging facilities construction.

In this year’s government work report, China highlighted the importance of new infrastructure construction. The country has vowed to expand 5G applications and build more charging facilities to promote the wider use of NEVs. 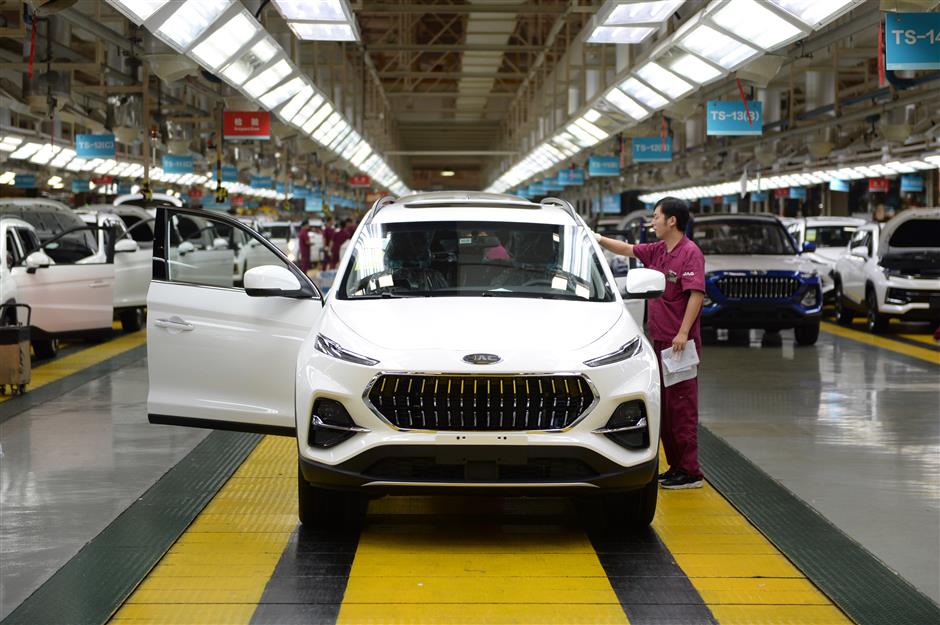