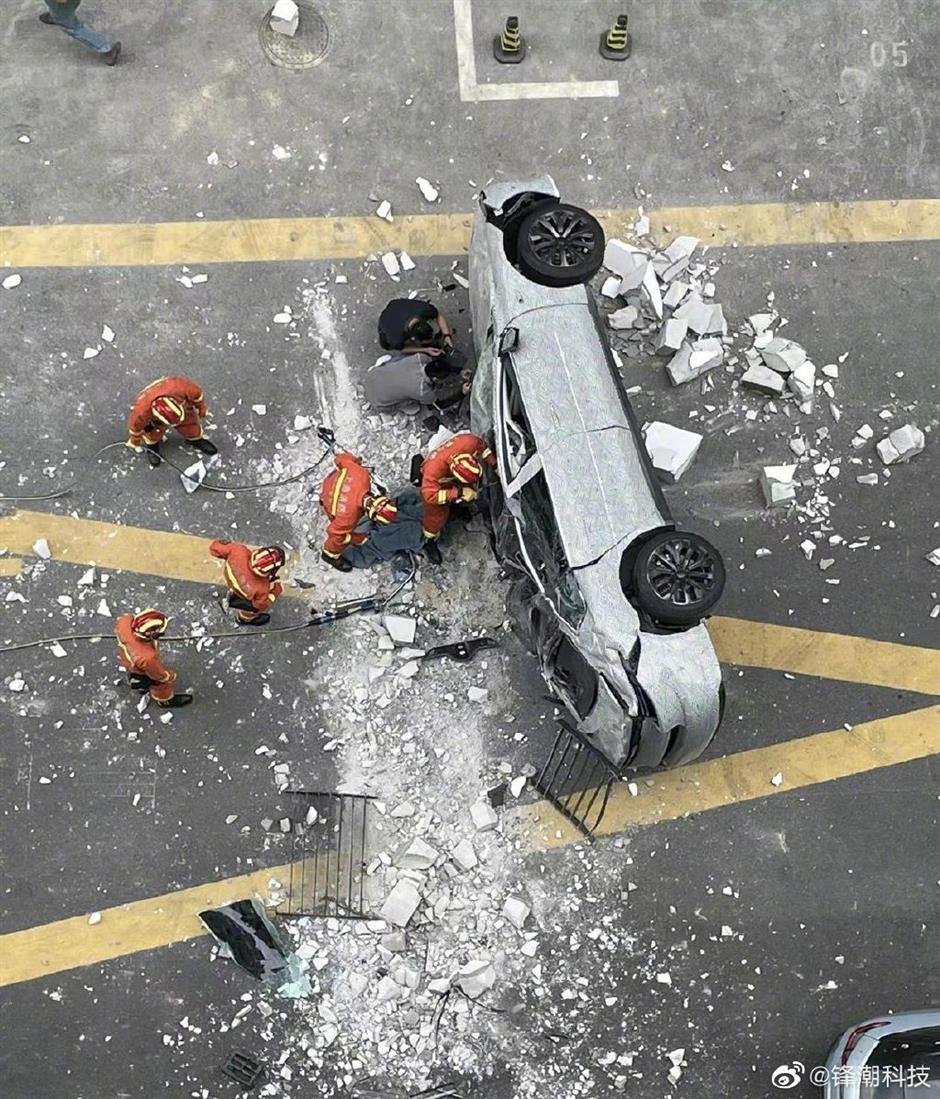 The scene of the incident, where a NIO test car fell from a building in Shanghai's suburban Jiading District. 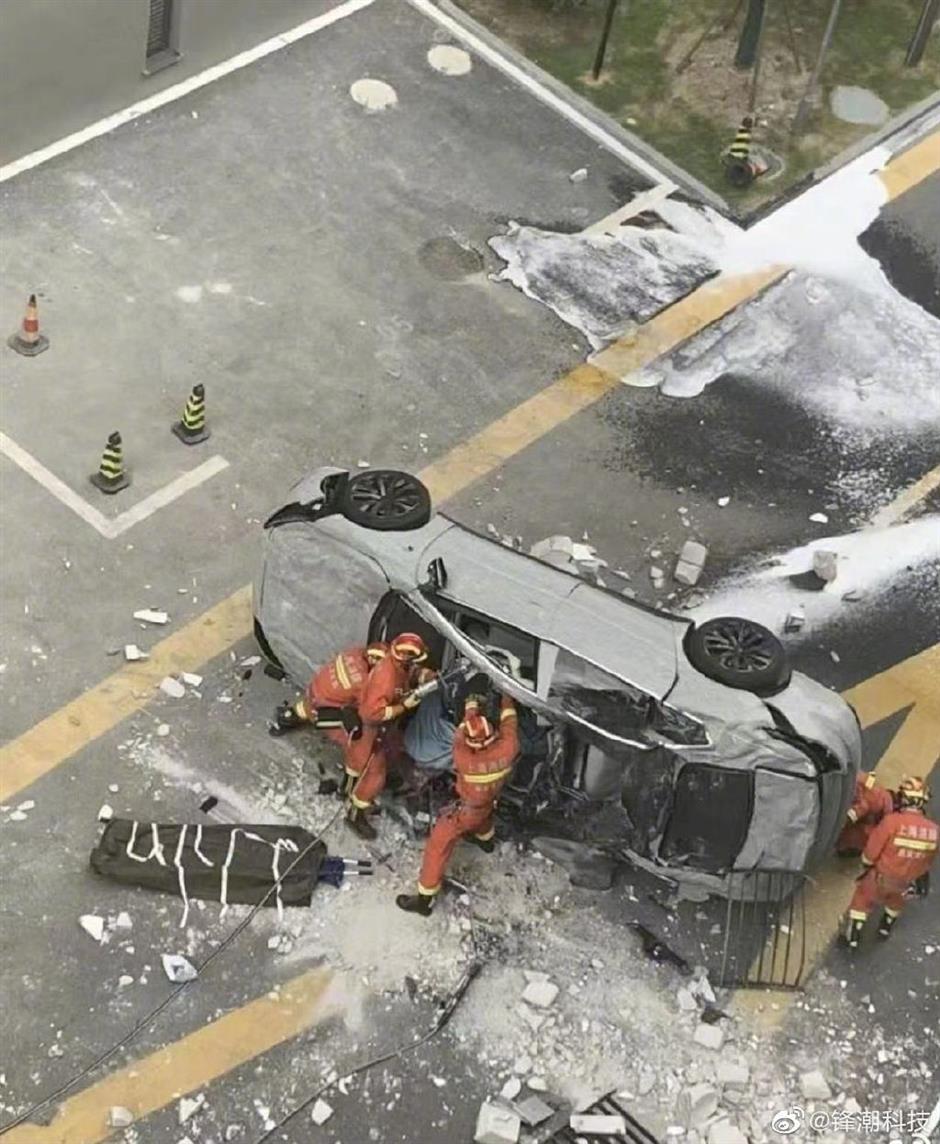 Rescuers try to evacuate two people in the test car at the accident site.

Two people were killed after a NIO car they were testing fell from the third floor of a building on Wednesday afternoon, the Shanghai-based electric vehicle maker said on Thursday.

The incident took place at 5:20pm on Wednesday at the carmaker's China headquarters building, which is situated inside Auto Innovation Park in Anting Town of suburban Jiading District.

A preliminary analysis of the scene found that it was an accident and had nothing to do with the fallen car itself, NIO claimed in a statement published on its official Weibo account.

One of the victims was a company employee, while the other worked for a partner of the company.

NIO offered its condolences to the deceased and revealed that it has set up a special group to help families deal with the incident.