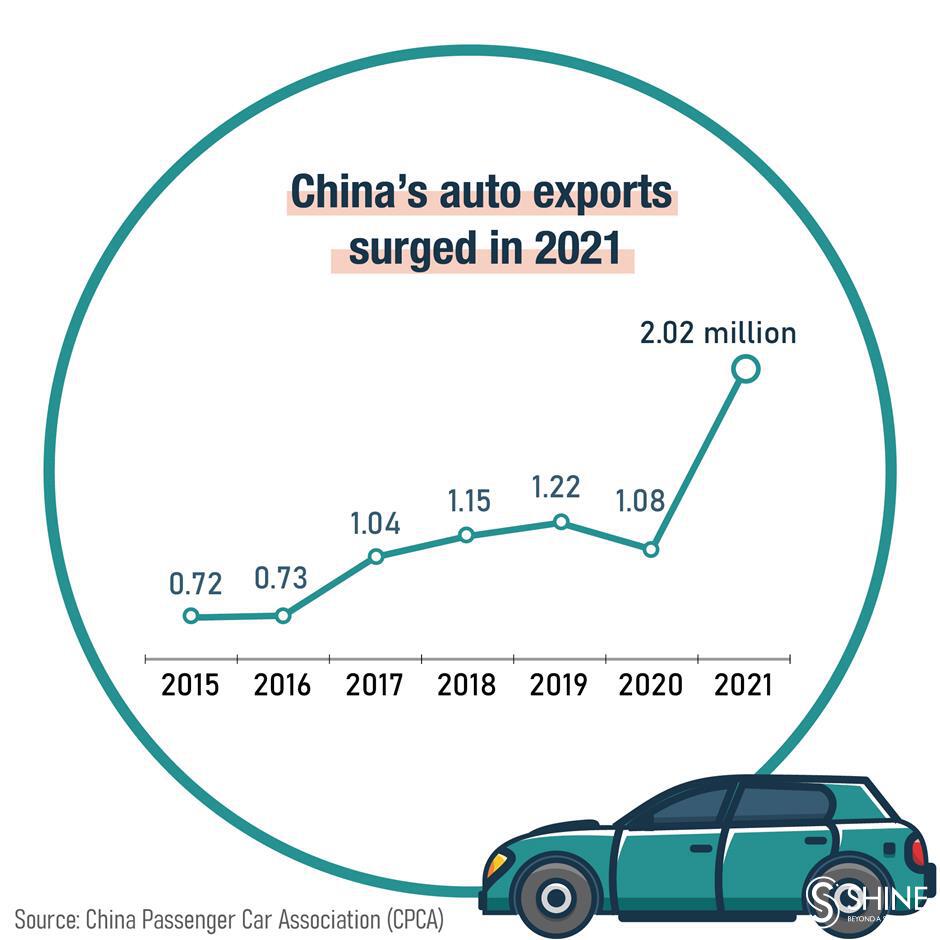 The first batch of a thousand MG Mulan, or "MG for Electric," a new model of pure electric vehicles manufactured by the Shanghai-based automaker SAIC Motor, set off from the Shanghai Haitong International Automotive Terminal last week to Europe.

The model will debut in in Europe in the fourth quarter, where the MG sold more than 45,000 cars in the first half, and it is among the top 10 brands in the pure-electric vehicle market in countries such as Sweden and Norway.

This year, it is on track to see Europe become SAIC's top overseas regional market with 100,000 vehicles sold.

The group hopes to sell more than 800,000 vehicles overseas, as it expands globally.

The new MG Mulan will premiere in Germany, France, Britain, Italy and Spain in the fourth quarter.

The company is also planning to enter areas including Australia and New Zealand, the Middle East, Mexico, and South America the next year, to cover six continents.

China saw a spurt in automobile exports in 2021 – doubling to more than 2 million from the previous year. 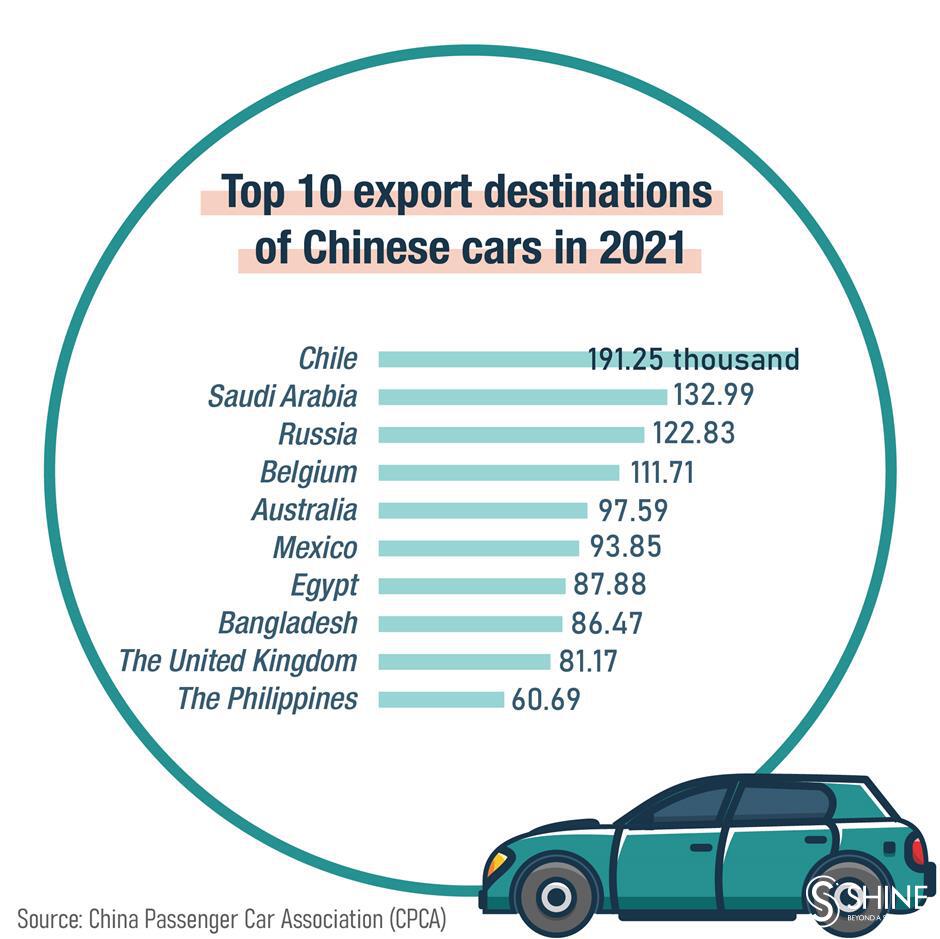 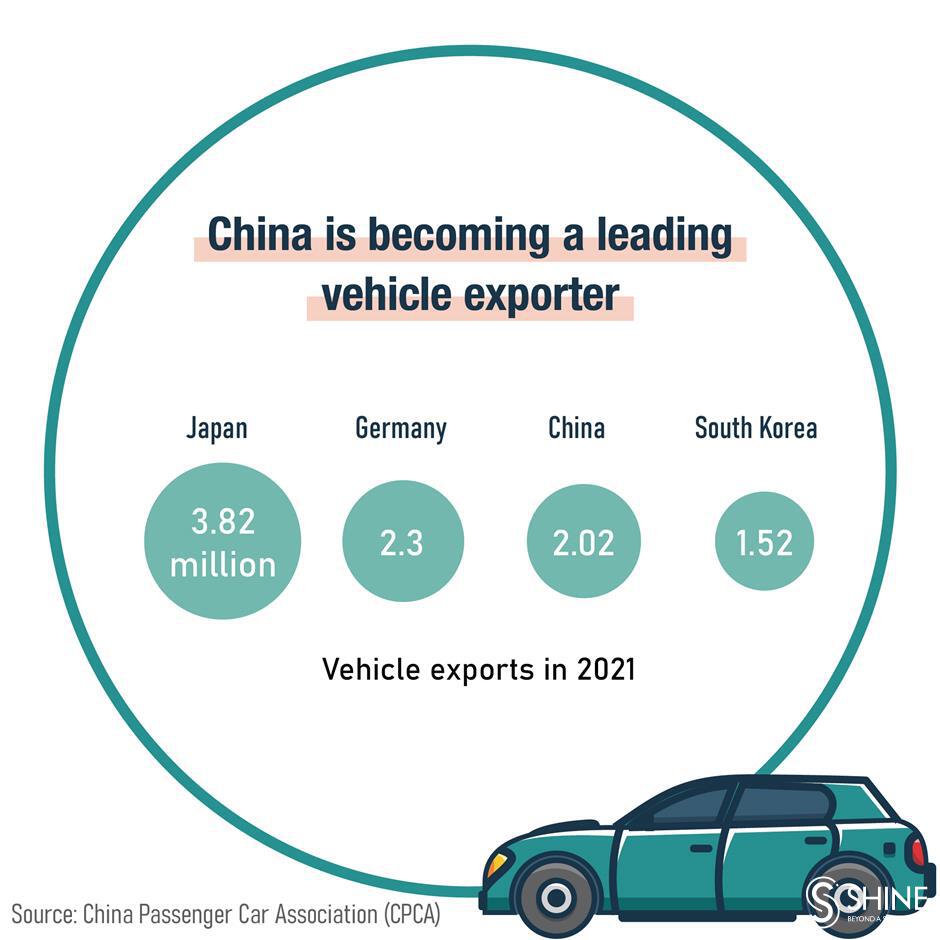 That makes China the third-biggest exporter in the world, after Japan and Germany.

The momentum continued in the first half of this year, when China exported more than 1.2 million vehicles, a year-on-year surge of 47.1 percent in spite of the pandemic resurgence, according to the China Association of Automobile Manufacturers.

The growth in exports of Shanghai-made cars is also due to the fast development of new-energy vehicles around the world, said Tang Yunyi, a researcher from the Shanghai Academy of Social Sciences. 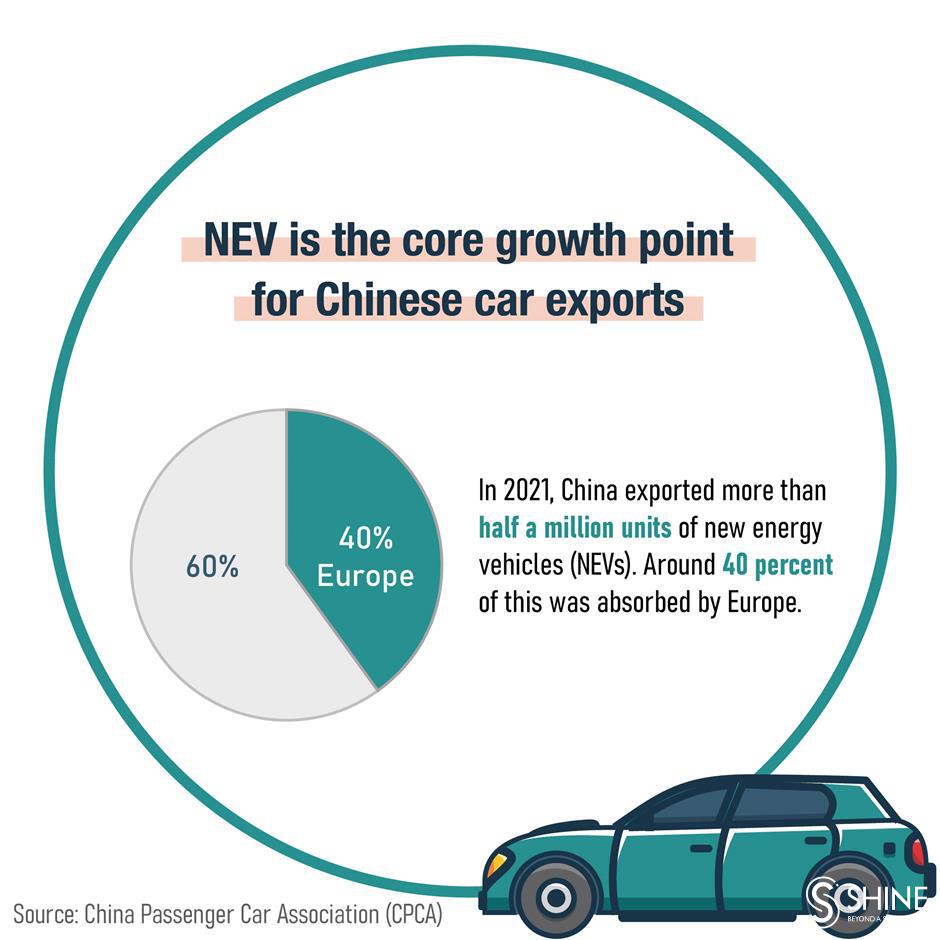 In the face of many countries cutting carbon emissions, the world's major car companies plan to fully turn to NEVs in the next 20 years.