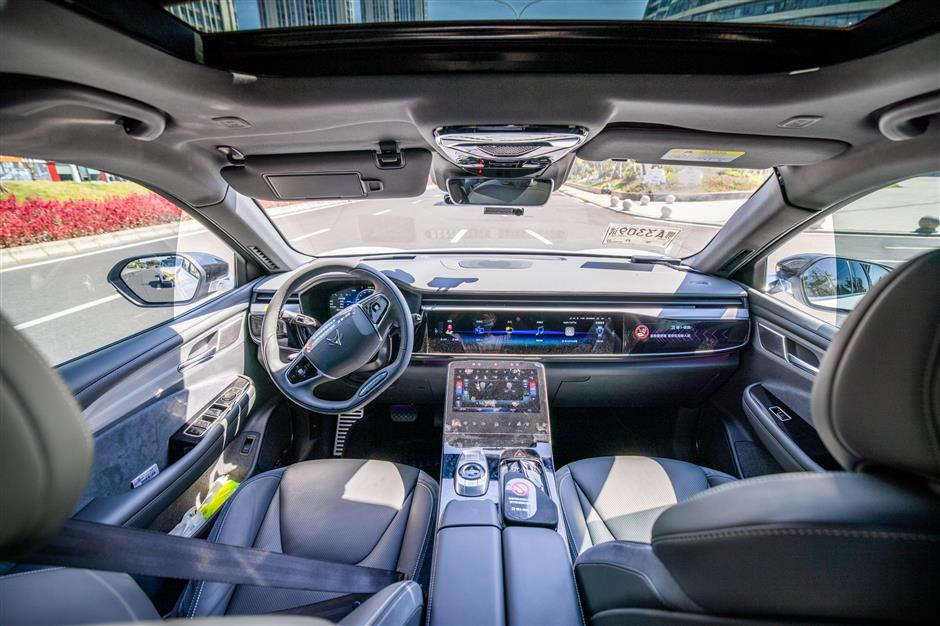 A driverless Baidu car runs on commercial service in Wuhan on August 8.

Chinese tech giant Baidu has obtained permission to operate fully driverless taxis commercially on public roads in the cities of Wuhan and Chongqing.

Baidu will offer the commercial robotaxi service – with no driver present – in some areas of the two cities via the company's autonomous ride-hailing platform Apollo Go.

Baidu has launched a pilot service on Apollo Go in various Chinese cities such as Beijing, Shanghai, Guangzhou, and Shenzhen.

In recent years, China has rolled out a series of policies to promote the development and commercialization of self-driving technology.