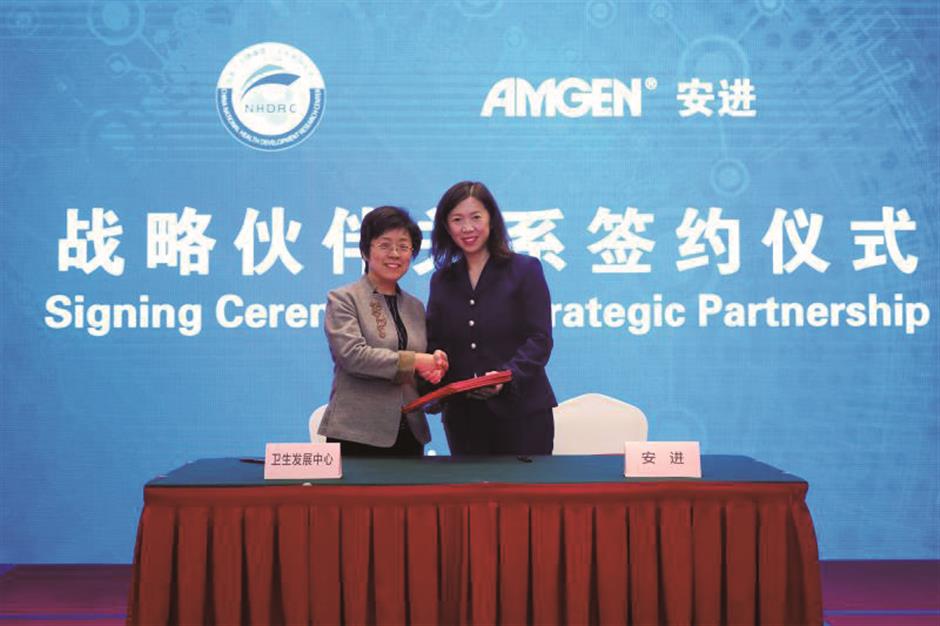 Amgen signs MOU agreement with the China National Health Development Research Center on the Program of Building of High-Quality and Efficient Health Service System and Empirical Study in the Context of Aging.

Amgen, the world’s top biotech company by market capitalization, is anticipating lots of growth ahead for its China business as the country’s fast aging population, coupled with positive regulatory changes, will continue to drive demand for innovative medical solutions.

The biopharmaceutical pioneer, which will celebrate its 40th anniversary next year, said it is confident it will keep its morale high in China following exponential growth registered over the past year and will remain committed to partnering with government and other stakeholders to help fulfill the Healthy China 2030 vision.

“Everyone is talking about the positive changes that have happened in China, the regulatory reform, the whole reimbursement system and how the China policy has been really helpful in creating a global biotech industry,” said Penny Wan, vice president and regional general manager of Amgen Japan, Australia and Asia Pacific (JAPAC), who was in the city recently to attend the BioCentury China Healthcare Summit 2019. “We are heartened by the tremendous efforts made by the Chinese government, and will continue to collaborate with multiple stakeholders to improve Chinese patients’ access to world-leading medicines. And we absolutely believe in China with the fact that diseases coming with aging population, which is on an increasingly large scale, would require innovative treatments and quality health care.” 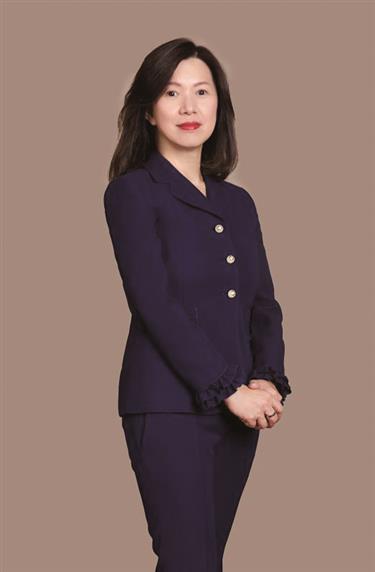 In 2018, China had 249 million people over the age of 60, accounting for 17.9 percent of the country’s total population, data released earlier by the National Bureau of Statistics showed. By 2030, 25 percent of China’s population will be over 60.

Amgen entered in China in 2012 with the mission to serve patients by using science and biotechnology to improve health for Chinese patients and societies. Since then, Amgen has grown its organization rapidly and now is present in approximately 80 cities across the country. Amgen is committed to bringing innovative therapies for Chinese patients experiencing significant unmet needs, particularly around chronic conditions such as cardiovascular disease, bone health, inflammation, and so forth.

As part of this effort, in 2018, Amgen’s Repatha® (evolocumab) received approval in China as the first PCSK9 inhibitor for the treatment of Homozygous Familial Hypercholesterolemia (HoFH). In 2019, Repatha® (evolocumab) was approved for adults with established atherosclerotic cardiovascular disease (ASCVD) to reduce the risk of myocardial infarction, stroke and coronary revascularization, to benefit more Chinese patients.

“At Amgen, we have a concept called ‘predict and prevent,’ which is different from what we typically see in our healthcare system which is to break it and then fix it,” Wan said. “The optimal way to treat a disease is to look at the risk factors, monitor them and keep them in control, and cholesterol is one of them. What we are trying to do in some disease areas is to change the way the disease is approached through predict and prevent.”

In one of its latest endeavors, Amgen signed MOU agreement on November 22 with the China National Health Development Research Center of the National Health Commission to support the three-year Program of Building of High-Quality and Efficient Health Service System and Empirical Study in the Context of Aging.

“Amgen understands the value to collaborate and address the most critical issues around aging and associate challenges together with government,” Wan said. “We will continue to work with all stakeholders to accelerate the shift of health-care from a ‘break and fix’ model to a ‘predict and prevent’ model and to create a health-care ecosystem that is centered on the latter.”

In a separate move made earlier to expedite its oncology presence in China, the company announced on October 31 that it has entered into a strategic collaboration with BeiGene. Under this agreement, the two companies will collaborate to advance Amgen’s industry-leading oncology pipeline in China and globally; and Amgen will purchase a 20.5 percent stake in the Hong Kong and US dual-listed firm for approximately US$2.7 billion in cash.

“China, where we see a huge population, a huge disease area, is absolutely on top of our company’s agenda,” Wan said. “We see our solution as fitting for the Chinese community then the rest of it is how do we move really fast to find those patients who need help and help them get the real solution by taking a preventive mindset.”