Coca-Cola Foundation donates US$500,000 for purchase of medical supplies

The Coca-Cola Foundation, the philanthropic arm of The Coca-Cola Company, has awarded US$500,000 to its nonprofit partner MedShare for the urgent purchase and delivery of medical supplies, including protective masks and suits, to China.

Previously, The Coca-Cola Foundation granted US$500,000 to the Shenzhen One Foundation, a nonprofit organization in China, for the purchase of supplies. Both grants are intended to provide resources for the coronavirus outbreak in China.

MedShare announced on February 10 that supplies were packaged for shipment to the Shanghai Soong Ching Ling Foundation in China for distribution to local hospitals. 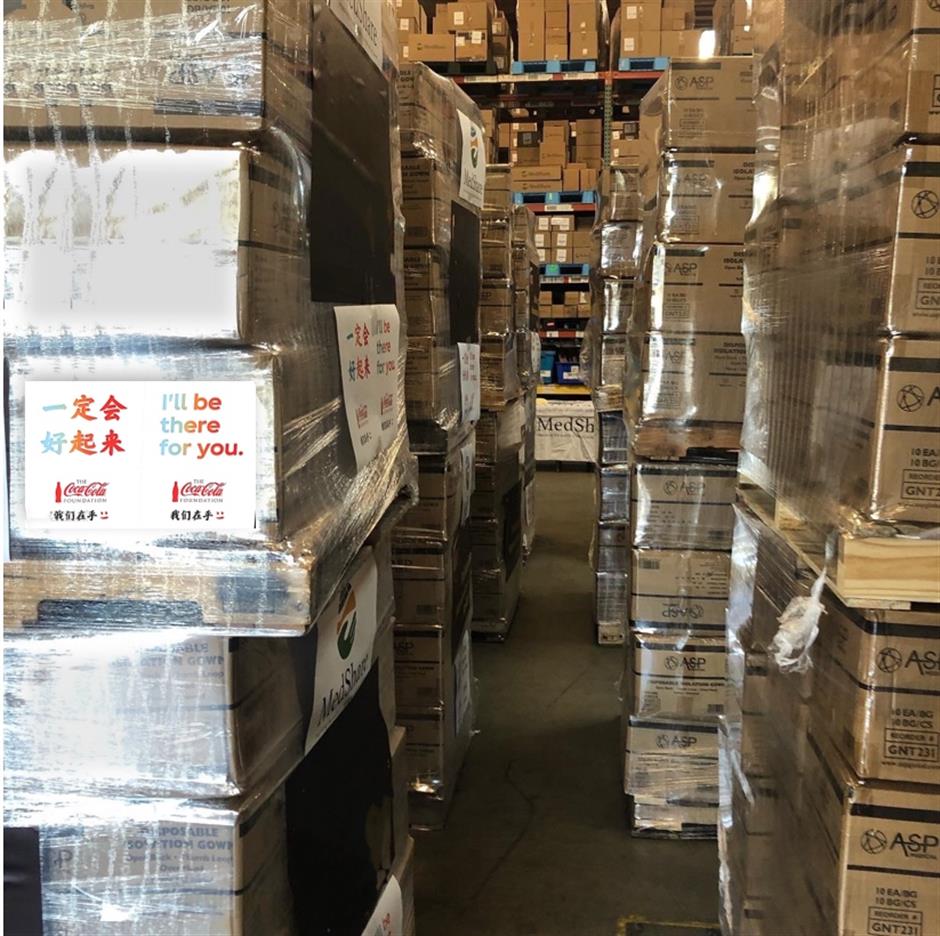 Medical supplies, including protective masks and suits, are packed for shipment to China.

“We are all concerned about everyone impacted by the coronavirus outbreak in China,” said Helen Smith Price, President of The Coca-Cola Foundation. “We are using our resources to provide protective supplies for hospitals in China. As a long time partner of MedShare, we are proud to support their critical relief efforts in impacted communities.”

“Our entire Coca-Cola family is fully mobilized and doing all we can to support each other during this difficult time,” said Curt Ferguson, President of Coca-Cola China and Korea. “As a member of the Chinese community, our commitment to China remains unchanged. We will support China in its battle against the epidemic.” 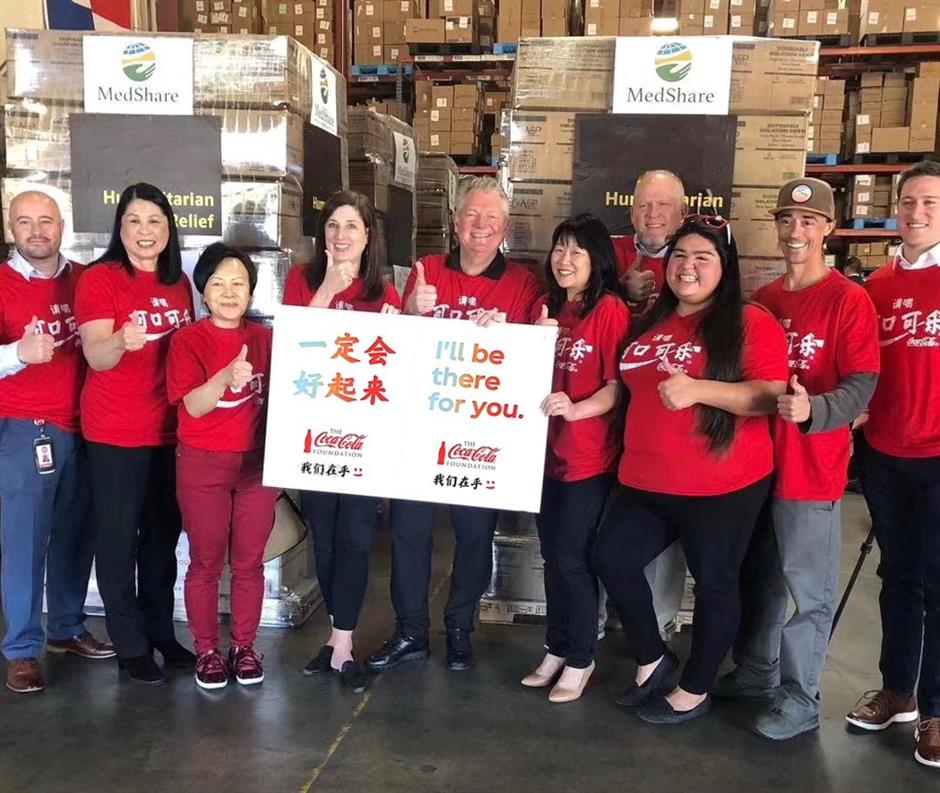 Curt Ferguson (fifth left), President of Coca-Cola China and Korea, and volunteers from The Coca-Cola Company and the local bottler pose at the MedShare Send-off Event.

So far, the Coca-Cola China system has provided US$650,000 in cash donations to support relief efforts. Through its Clean Water 24 emergency mechanism – which leverages its Coca-Cola distribution network to deliver drinking water to people in need – the system has donated more than 900,000 bottles of drinking water and other beverages to civil servants, medical staff and volunteers who are battling the epidemic outbreak across China. 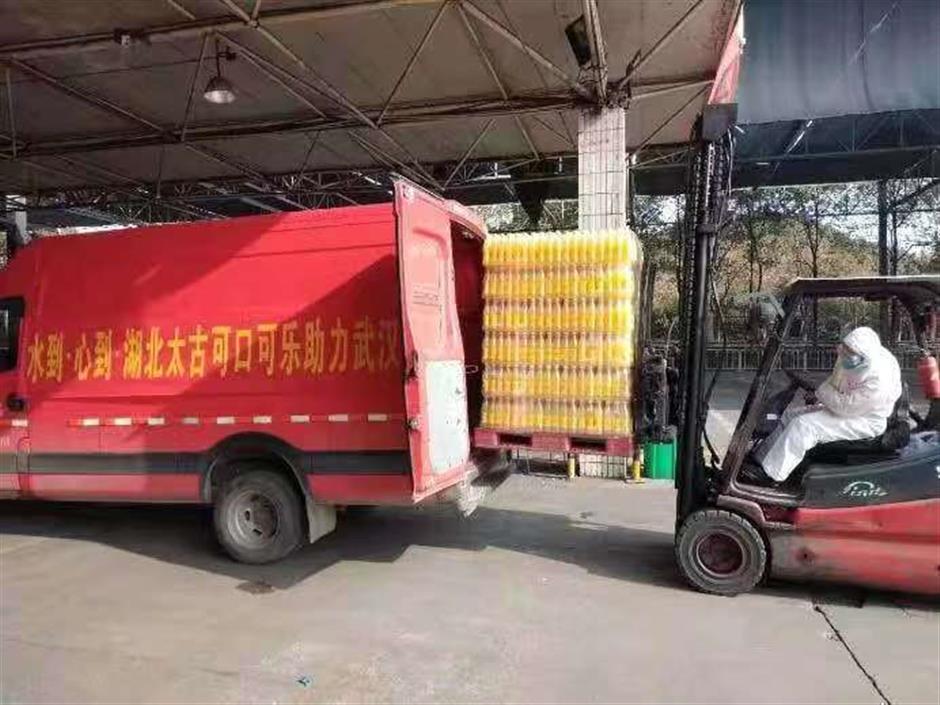 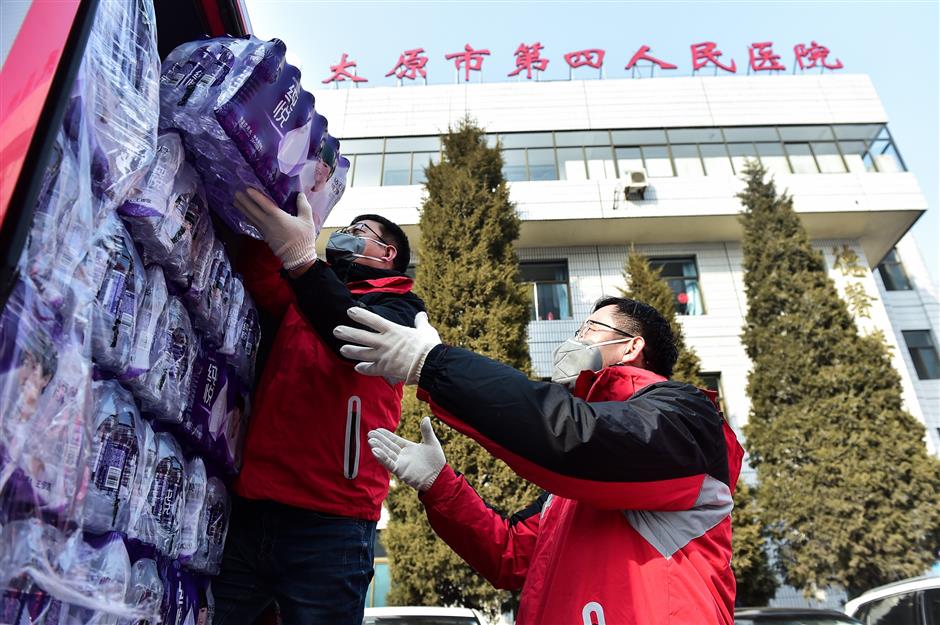 The Coca-Cola China system continues to donate bottled water and others to those battling the outbreak across China.

About The Coca-Cola Foundation

The Coca-Cola Foundation is the global philanthropic arm of The Coca-Cola Company. Since its inception in 1984, the Foundation has awarded more than US$1 billion in grants to support sustainable community initiatives around the world.

Coca-Cola is one of the most well-known international brands in China, where it has more than 20 brands and offers over 60 beverage choices to local consumers. Since its return to the Chinese mainland in 1979, the Coca-Cola system has invested US$13 billion and established a total of 45 production facilities in China. The Coca-Cola system today employs more than 47,000 people across the country, 99 percent of whom are local hires. Coca-Cola China and its bottling partners are committed to driving the sustainable development of local society by caring about diversified consumer needs, product quality, community development and environmental protection. For more information, please visit www.coca-cola.com.cn, or follow the corporate account “Coca-Cola China” on Weibo or WeChat.