The second campaign of Tiandi Transit Station for Donations, an initiative co-founded by Shui On Land, Shanghai Daily and Huaihai Road M. Subdistrict, wrapped up successfully on Thursday at the city's Shuguang Hospital. Representatives from the hospital's medical team who recently returned from Wuhan received school bags and stationery boxes raised through the charity event.

During the weeklong campaign, individual white-collar workers and companies located within the Huaihai Road M. Subdistrict subsidized 200 school bags as well as stationery boxes provided at a discounted price by Tiger Family, a tenant at Hubindao Shopping Center. As planned, these back-to-school gift packs will be delivered to children of medics who fought on the front line against the coronavirus outbreak in either Wuhan or Shanghai from Shuguang Hospital, Ruijing Hospital, Shanghai Ninth People's Hospital, Disease Control Center of Huangpu District and Community Health Center of Huaihai Road M. Subdistrict. 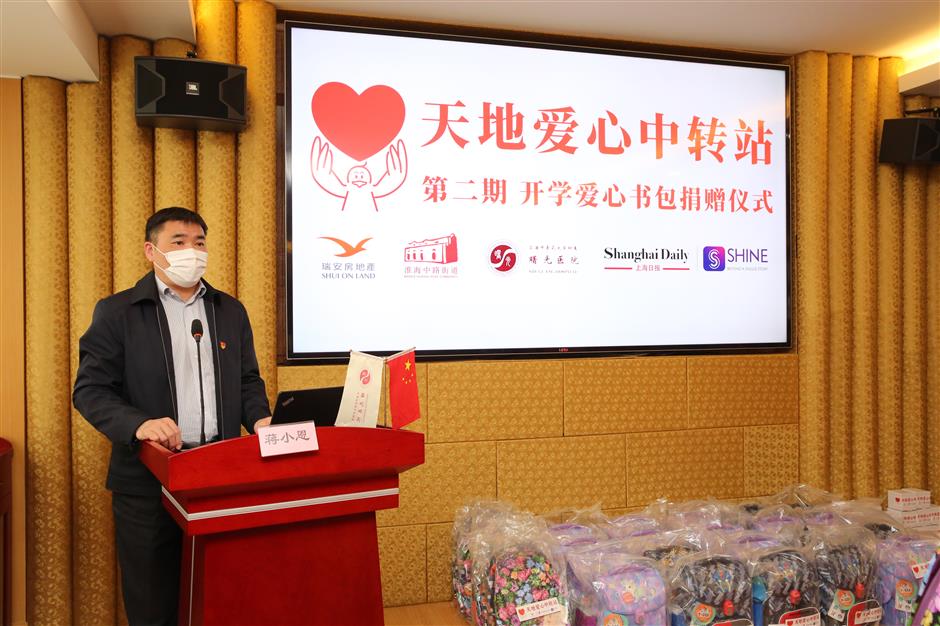 "The campaign, initiated for the kids of front-line medical staff, received warm response and active participation from both individuals and enterprises within our community," said Jiang Xiaoen, Party secretary of Huaihai Road M. Subdistrict and Xintiandi business precinct. "Compared to great contribution made by the medics, what we have done to express our respect and gratitude is rather trivial."

Huang Feng, head nurse of the cardiology department at Shuguang Hospital, who left Shanghai on the eve of the Chinese New Year and didn't return to the city until March 31, delivered a speech during the gift-giving ceremony on behalf of the hospital's medical team.

"We could always share love though virus may separate us apart," said Huang, who had worked 68 days at Wuhan Jinyintan Hospital. "Our battle against the coronavirus ourbreak in Wuhan was really hard fought but we never felt alone by ourselves for any single moment." 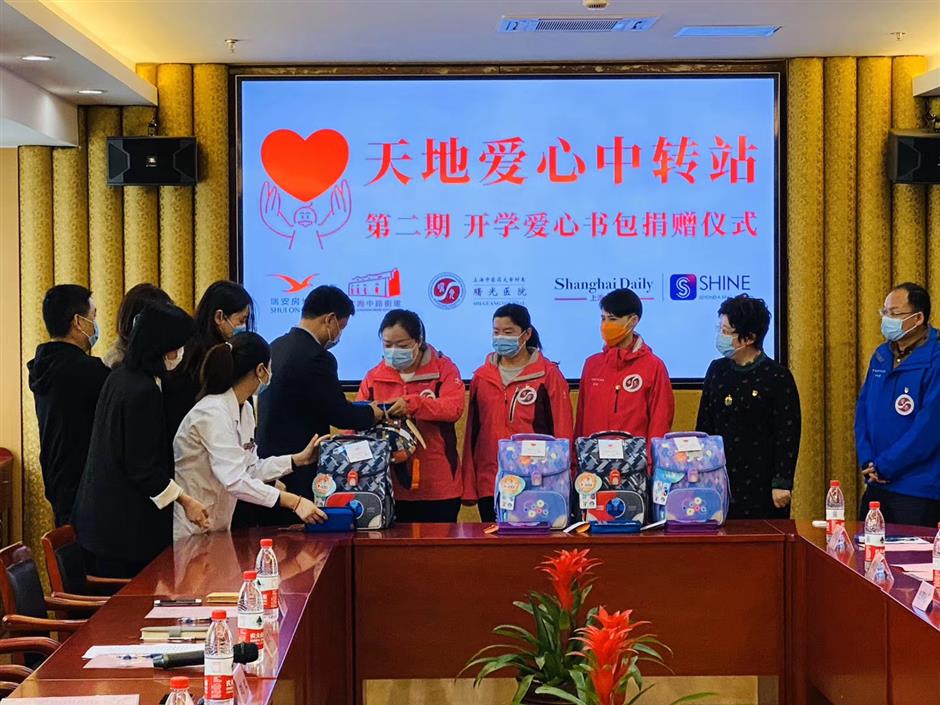 Yin Chengwei from the ICU department, who spent one month and a half at Wuhan Leishenshan Hospital, thought the school bag and stationery box pack is an ideal gift for his fifth-grader son, who took great pride in what his father had done.

"It is a perfect present for the kids as it provides a vivid example how love will trigger more love," Yin said. "We support others and others also support us and that is how a virtuous circle is created."

And that is exactly what the Tiandi Transit Station for Donations is meant to be.

"We launched the initiative to transit not only supplies but more importantly our care and love for others," said Chang Xinyuan, chairwoman of Seagull Club, Shui On Land employees' commonweal organization. "It is our sincere hope that through this platform, we will be able to bring more people together for philanthropic acts and projects via a series of campaigns."

During the first campaign of the Tiandi Transit Station for Donations, a three-day event running from March 8 to March 10, a total of 3,160 surgical masks, 456 hand sanitizers and 402 rubbing alcohol bottles were raised and delivered to the family members of local medical workers serving in Wuhan.