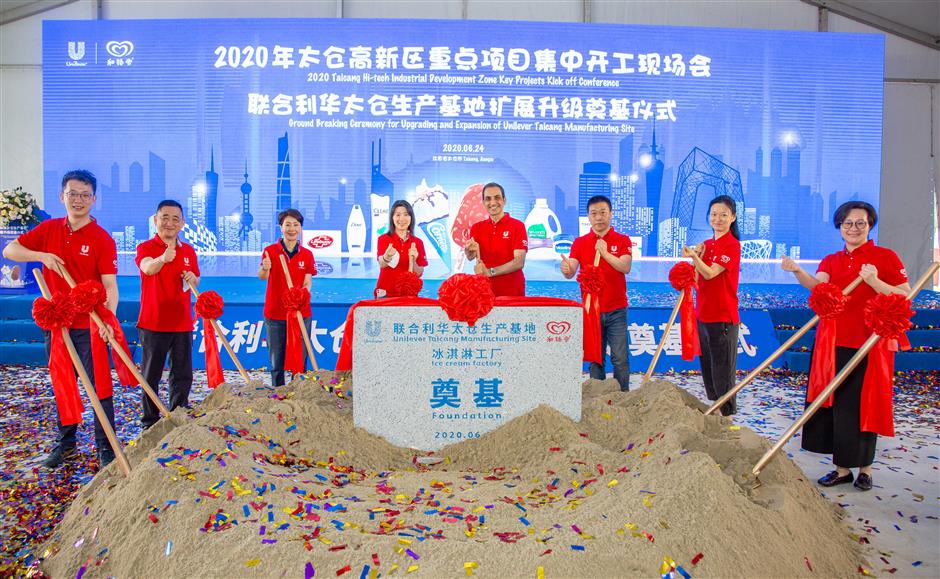 Unilever announced that it has started construction of a 100-million-euro (US$112 million) manufacturing site in Taicang, Jiangsu Province, to enhance its leading position in the consumer foods sector.

"We will build the new Taicang manufacturing site into the world's first ice cream factory integrating automation, intelligence and agility," he added.

The project marks Unilever's biggest move in China's ice cream market in decades. It's also intended to serve the company's expansion and investment plans over the next five to 10 years.

The site will later expand to become the company's food production base, providing manufacturing facilities for products such as tea bags and seasonings.

The ice cream production factory is expected to be operational in early 2022, with an annual output of 150,000 tons of ice cream.

Unilever's Wall's ice cream factory was first established in Taicang in 1996 with an initial annual capacity of 42,000 tons of ice cream. It was expanded in 2003 and 2013.

China is already the second-largest ice cream market behind the US, according to Mintel.