Post-pandemic, the enigma of the Chinese consumer 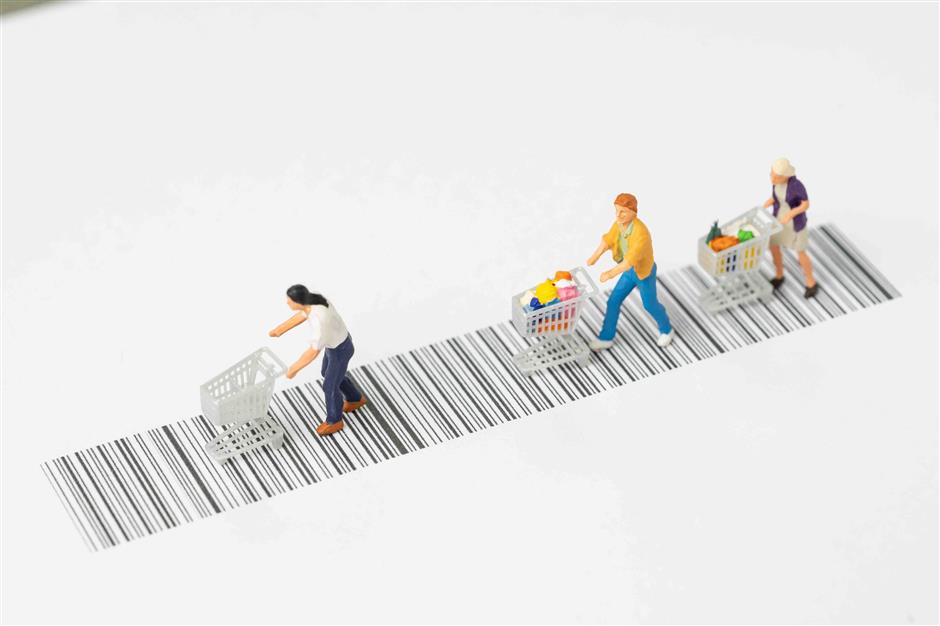 Now that the coronavirus pandemic is receding in China, whither the consumer?

Producers, retailers and analysts are sifting through the trends to see what, if anything, may have a lingering effect in the months beyond. Company financial reports and economic data will provide fodder for their scrutiny.

When the pandemic hit, people turned their attention to the basics of daily life, like packaged foods, toothpaste, water, toilet paper, shampoo and disinfectant.

That was good news for producers and retailers in the home-goods sector.

Half of the food and beverage companies listed on domestic stock exchanges are estimating higher first-half profits. Haixin Foods Co, Sanquan Food Co, Shandong Delisi Food Co are among those anticipating doubled or even tripled profits for the period.

Guangdong Province-based paper and tissue maker Vinda International, which is listed in Hong Kong, had a 12 percent rise in its share price in the past six months and estimates its first-half profit will more than double.

It all comes down to what consumers want and are willing to buy in uncertain times.

Jane Lu, a senior consultant in Shanghai, said she has refrained from buying new clothes in recent months.

"I often do some window shopping at apparel stores on my way home from work and on weekends,” she said. “Other than that, most of my spending goes to food and home-care items."

Lu said she has stockpiled personal-care items, home-cleaning products and cooking ingredients. In coming months, she said, she will try to save up some money for bigger-ticket items.

"It's good to stockpile consumable items like tissue paper when major online retailers are offering deep discounts," she said.

Lockdowns were bad news for restaurants and other eateries, as people resorted to cooking and baking at home.

China's largest hotpot chain Haidilao is expecting to report as much as a 1-billion-yuan (US$143 million) loss for the first half, its first red ink since listing in 2018. Revenue is forecast to have dropped 20 percent.

The consumer market has benefited from slowing inflation. The Consumer Price Index for June fell 0.1 percent from May. The average price increase of consumable goods has slowed over the past three years, according to Kantar Worldpanel data. In previous years, sales increases were mostly driven by price hikes or new product launches.

Bottled water and yoghurt were actually selling for less, while shampoo, toothpaste, biscuits and chocolate showed slower price rises, according to a Bain and Kantar Worldpanel's joint report.

But it’s become obvious that the pandemic has taught consumers to be wary and to try to squirrel away some savings as a hedge against unforeseen misfortune.

Elf Chen, who just completed decorating her new apartment in the city, said she will now do some serious saving this year.

"The interior décor cost quite a lot, so the tissues I buy from now on will be the plain, simple low-cost ones,” she said.

At the same time, Chen said she is doing more cooking at home, ordering ingredients from home-delivery services.

A UBS survey of 3,000 Chinese consumers in May found only 36 percent expected to increase spending in the next 12 months. That was down from 44 percent in the 2019 survey. Some 31 percent of respondents said they plan to spend less in the next 12 months, up from 25 percent a year ago.

"This is consistent with the cautious sentiment about future income," said Brad Chen, consumer staples analyst at the investment bank.

About half of consumers said they would pay more for better quality and possibly to buy treats for themselves. That was fewer than two years ago.

UBS is predicting total consumption this year will be relatively flat before rising 8.8 percent in 2021.

Retailers and producers of consumer goods are trying to adapt to a marketplace that may be radically different from the past.

Alibaba's grocery and fresh food chain Freshippo plans to put more focus on its home brands, which offer ready-to-eat, ready-to-cook and ready-to-heat meals that make up a large portion of consumer food spending.

Carrefour China is adding dozens of new eateries in existing supermarkets this year, hoping to turn shoppers into dine-in customers.

UBS estimates that overall retail spending might return to high single-digit growth early next year, led by an initial recovery in food and beverages. By the second half of 2021, spending should return to some semblance of normal, the bank predicts.

Pent-up consumer demand and retailers' discounts contributed to a strong second quarter, according to Kantar Worldpanel. Spending on consumer goods rose 3.5 percent, rebounding from a 6.7 percent drop in the first quarter.

But the longer the pandemic continues to ravage overseas markets, the longer uncertainty may linger in China.

Christine Peng, head of the China consumer sector at UBS Investment Research, said there are signs that retail spending recovery are losing some of their steam, which may be the result of consumer stockpiling in May.

Shanxi Securities' analyst He Fangfang said in a research note earlier this month that leading liquor makers and food companies are trading at pretty high valuations and could face a retreat in the short term.