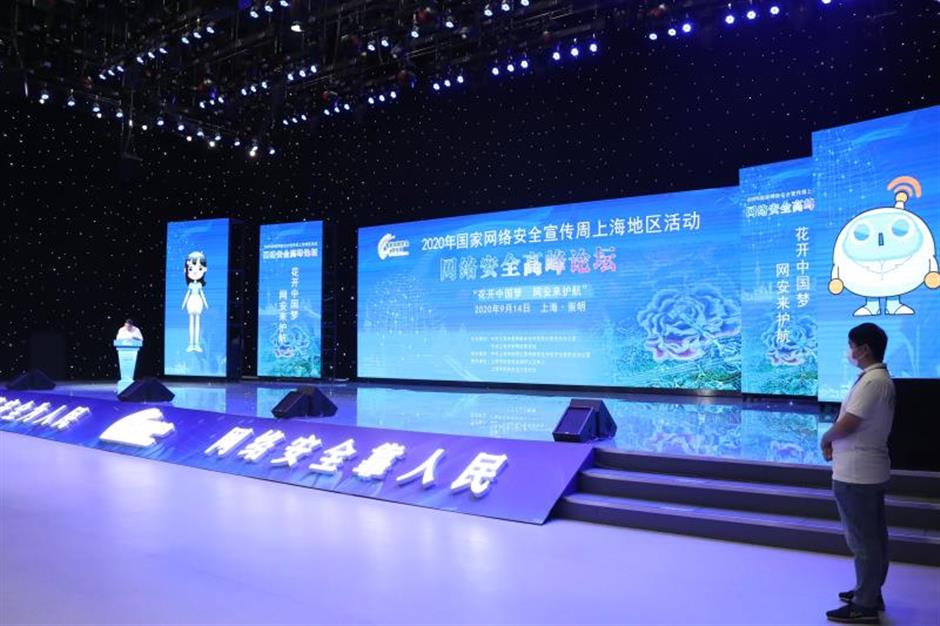 Cybersecurity Week is launched in Shanghai on Monday.

In Shanghai, new media formats such as cartoons and one-minute videos are being used to promote tips on COVID-19, how to recognize online rumors and prevent cyberfrauds.

Shanghai has organized a team of 2,000 volunteers to boost Internet health, covering various industries and districts.

During an opening ceremony on Monday, city officials said it was worth spending more time and investment in cybersecurity, as a part of national security, with new technology developments such as 5G and AI.

China’s cybersecurity market revenue is expected to hit US$16.7 billion in 2024, with an annual average growth rate of 18.7 percent, according to researcher IDC.

A number of online and offline events are being held in Shanghai during the event which ends on Sunday.