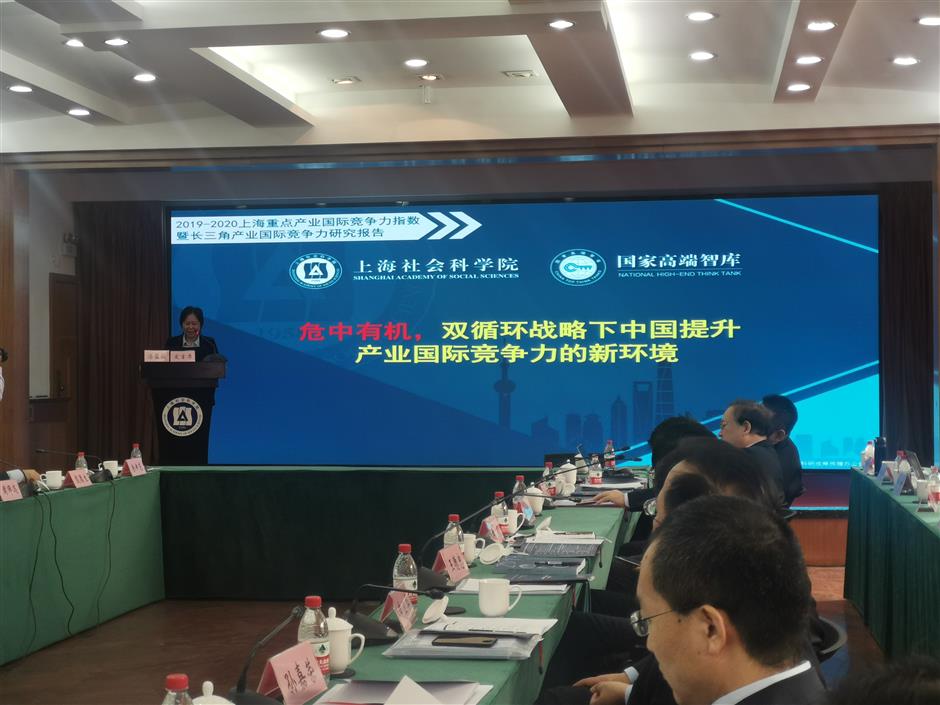 The third China International Import Expo is at a greater level in China’s growth strategy compared with its previous two sessions, and it will also enhance Shanghai's competitiveness, officials said at a summit on Saturday.

“The import expo is of great importance to demonstrate China’s economic strength, and its potential consumer demand,” said Wang Zhan, chairman of the Shanghai Federation of Social Science Associations.

“With many places in the world still under threat of the COVID-19 pandemic, the import expo allows global companies to see hope of recovery, which can enhance their confidence of a future in China.”

Wang Dezhong, head of the Shanghai Academy of Social Sciences, said the import expo can not only facilitate trade, but technological innovation as well.

“You can see a lot of foreign companies bring their best products to China via the CIIE, and along with these products are best technologies,” Wang said. “It can serve as a strong boost for domestic consumption as well as innovation.”

The SASS launched the Blue Book of Shanghai Key Industries during the summit.

“The CIIE offers a special occasion for such interaction, and its impact will become more evident in the future when China carries out ‘dual circulation’ growth strategy,” Tang said.

Shanghai, the permanent venue to host the CIIE, has been considered a central city in such circulations, and it should beef up efforts to develop its key industries that set the trend for the future, said Shen Weihua, deputy director of the Shanghai Commission of Commerce.

The annual CIIE has made Shanghai an even more popular city among foreign investors, Shen added.

Wang Xin, deputy director of Trade Remedy and Investigation Bureau under the Ministry of Commerce, said the enhancement of Shanghai's industrial competitiveness is also of great value for the development of the Yangtze River Delta region, which is seeking an integrated and coordinated growth.