Following the central leadership's decision two years ago to allocate an area of land in Shanghai's southeast to be a test site for China's further development and opening-up, the Lingang Special Area of the China (Shanghai) Pilot Free Trade Zone was officially established and started to make immediate progress. 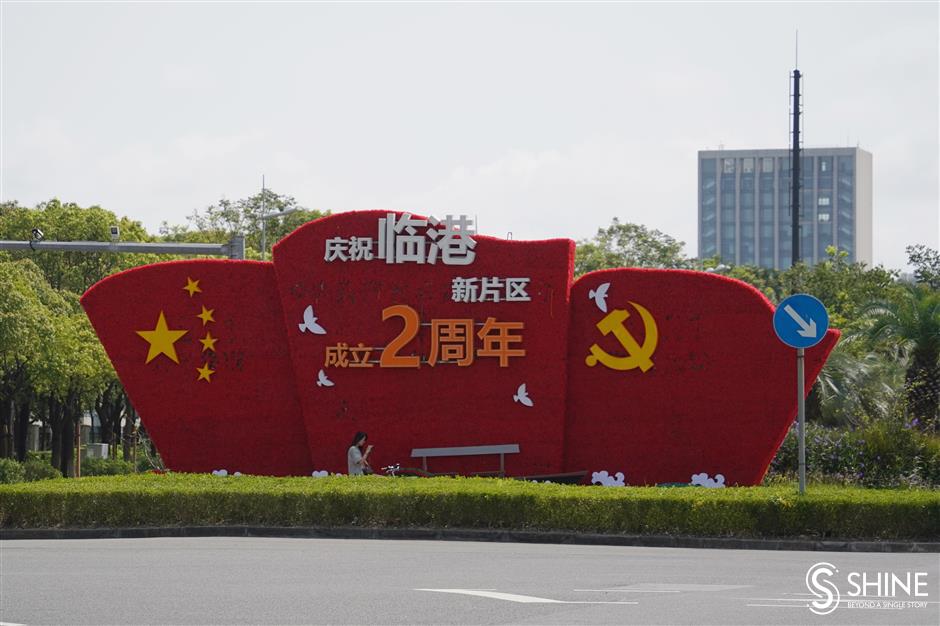 An installation on Shenguang Avenue marks the second anniversary of the Lingang Special Area.

On the shores of the East China Sea, Lingang is destined to embrace the whole world with its incomparable attractions – a cluster of cutting-edge technologies, a wonderland with the most liberal policies throughout the country, a high ground of entrepreneurship and a warm home to all sorts of professionals from around the world.

Although it is only the beginning, Lingang has succeeded in carrying out its mission over the past two years. The special area has formed an open system with the freedom of investment, trade, finance, shipping and employment as well as the convenience of communications, according to Zhu Zhisong, director of the administrative committee of Lingang Special Area. 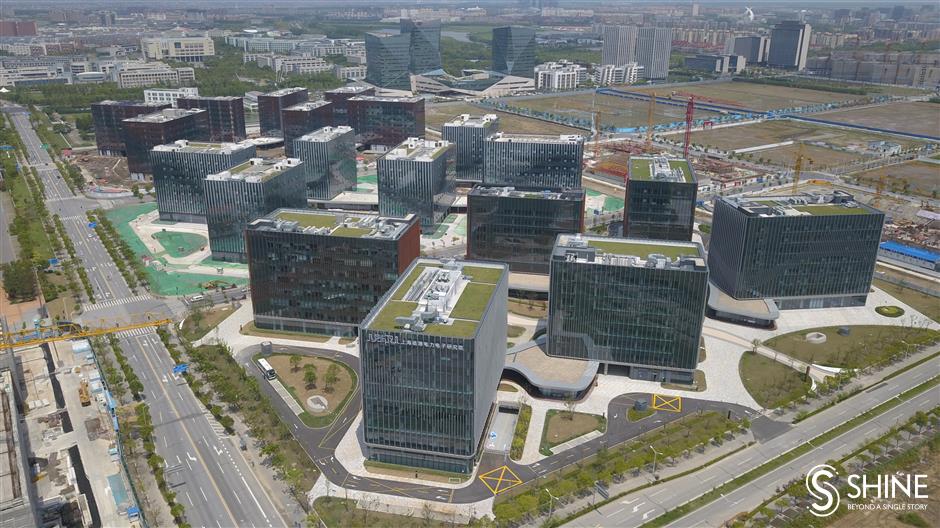 An aerial view of "Innovation Crystal," an industrial park in Lingang

A total of 765 projects were signed in the past two years, involving an investment of 447.8 billion yuan (US$69 billion). The total industrial output during the period is estimated to be 356.91 billion yuan and the fixed asset investment will be 122.39 billion yuan.

In the first seven months of the year, the total industrial output is expected to be 129 billion yuan, with a cumulative increase of 136.8 percent and an average increase of 53.9 percent in two years, according to Zhu.

During the period, the investment in fixed assets will be 40.79 billion yuan, with a cumulative increase of 91 percent and an average increase of 38.2 percent in two years.

"In the next stage, we'll strive to make more breakthroughs and achievements when leading the country's reform and innovation," Zhu said.

Hence, support from Shanghai government with a guideline of 40 policies was issued on Wednesday that requires Lingang to go deeper into institutional innovation, economic development and social governance.

"Thus to help Lingang become the 'growth pole' and 'engine' of the city's development," said Hua Yuan, director of the Shanghai Development and Reform Commission.

Lingang will formulate and promulgate its own regulations as key legislation to promote the reform, innovation and development of the special area in line with the rule of law, according to Zhu. 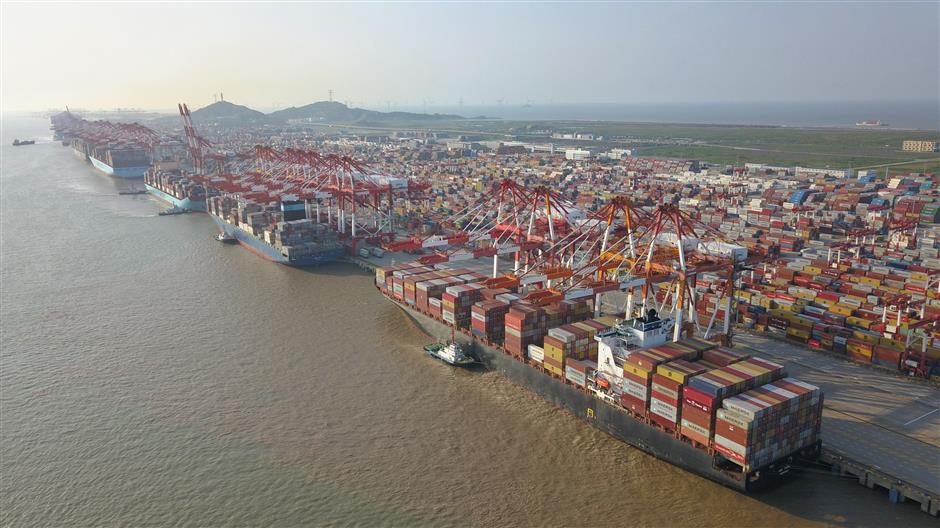 At the same time, Lingang gives full play to independent development, reform and innovation, and strives to create a market-oriented international business environment that is ruled by law, Zhu said.

"Looking back on the past two years, Lingang Special Area has made a number of achievements," Zhu told a news briefing on Wednesday. 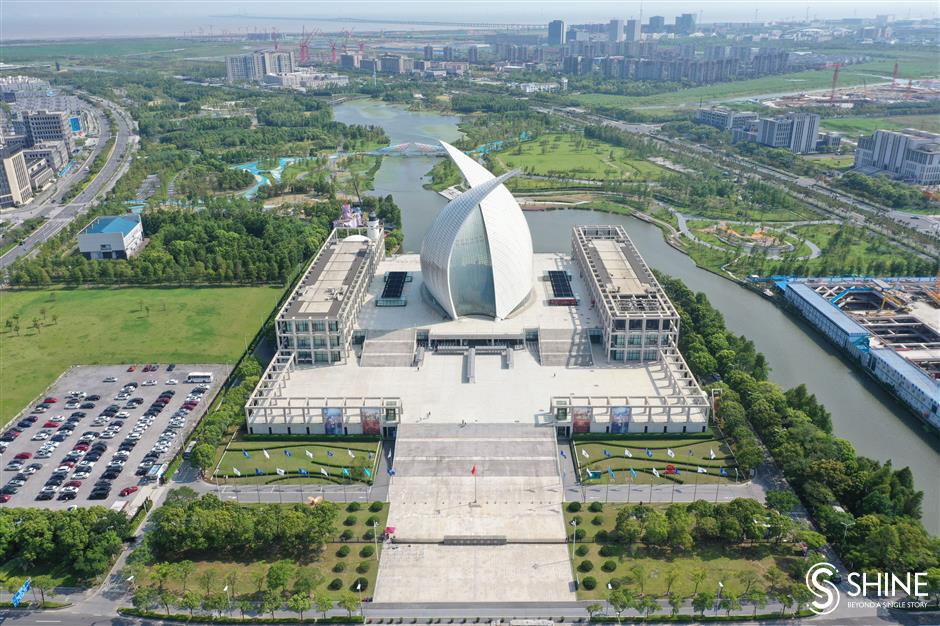 Zhang Hongtao, chief engineer of the city's economy and informatization commission, said there had been gratifying achievements in cutting-edge industrial agglomeration development in Lingang over the past two years, reflecting the potential kinetic energy of the new growth pole and engine of Shanghai's industrial development.

A total of 290 major industrial projects have been signed, with a total investment of about 350 billion yuan, of which the investment in integrated circuits, biomedicine and artificial intelligence exceeds 200 billion yuan, according to Zhang.

A number of key projects in cutting-edge industries such as aerospace, new-energy vehicles and high-end equipment have been implemented one after another while industrial development was accelerated, Zhang said.

"Lingang will accelerate the construction of an open and innovative industrial system and create a strategic growth pole for the city's industrial development, accounting for one third of its manufacturing increment during the 14th Five-Year Plan period (2021-2025)," Zhang said. 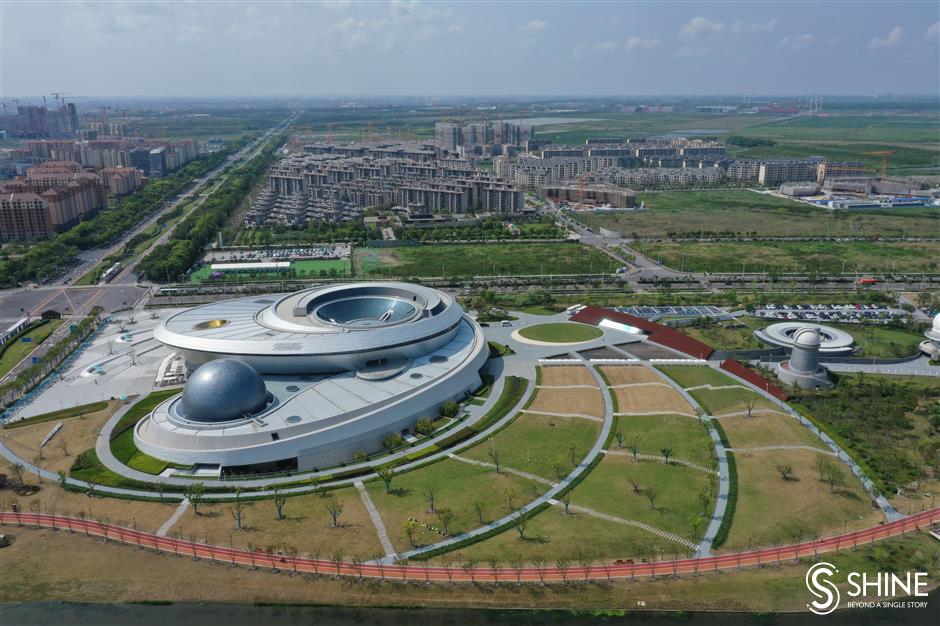 The newly Astronomy Museum in Lingang