A bird's-eye view of Binjiang District

Hangzhou's Binjiang District is expected to be one of the world's top high-tech zones by 2035, capable of competing with Shanghai's Zhangjiang High-Tech Park and Beijing's Zhongguancun Science and Technology Park.

Talent is crucial in achieving that aim. Binjiang has upgraded facilities and infrastructure in industrial parks to attract more professionals from home and abroad.

The district has introduced an initiative called an "embedded nursery." The first such nursery was unveiled at the Hikvision Industrial Park. It allows parents who work for the company to use the nursery for babies who are 24 to 36 months old. So parents can continue working without having to worry about their kids.

"My baby is 15 months old, and I will enroll him in the embedded nursery next year. I have lived in Binjiang for only a year, but the favorable environment and high efficiency of the local measures have impressed me," Dr Yue Xiaoguang said.

Yue, 33, moved to Binjiang after graduating from Tsinghua University. He works for Microparity, a pioneer in the field of single-photon sensing. He was named Hangzhou's Top-flight Talent by Binjiang District.

"When I visit a government department for some personal matters, it is done all at once. The so-called one-visit service here is extremely effective," Yue said.

The innovation and entrepreneurship base for overseas talent

Binjiang has a mini-program platform, Binjiang E Code, that connects government departments and skilled workers. Users who are eligible can apply for subsidies, financial aid and public welfare online, which can cut down on the number of times they have to go to a service center and let them share resources.

For years, Binjiang District has used preferential rent and housing policies to broaden the talent pool. Currently, the policy has benefited approximately 10,000 employees from over 600 businesses. Within three years, the number of affordable housings for talent is expected to reach 10,000.

"Every month, I get a rent subsidy from the district. These are very attractive to professionals who are keen to work in Hangzhou," Yue explained.

For years, Binjiang has served as a national model for attracting talent, providing incentives and capital to professionals looking to start new businesses. 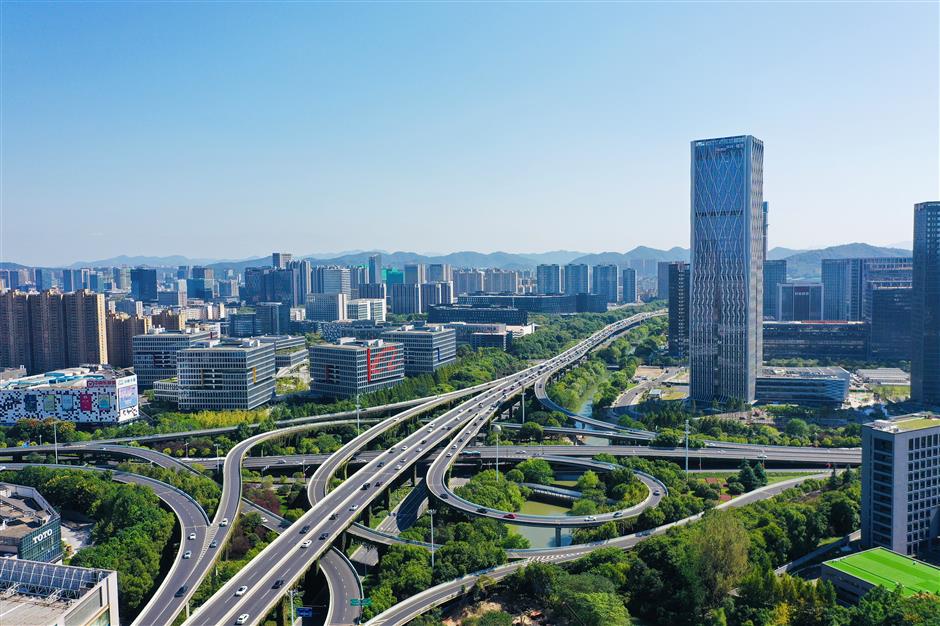 The Internet Town in Binjiang District

Binjiang is the highland of digital economy in Zhejiang, with the added value of the core industries of digital economy accounting for nearly 80 percent of gross domestic product. Although the area covers only 72 square kilometers, it has cultivated 64 listed companies.

From January to March, 12,823 professionals had settled down in Binjiang, a 22.5 percent increase over the previous year's same period.

The recent Fifth Hangzhou Binjiang International Talent Festival was a big event for people sharing their plans and getting to know new government entrepreneurial policies, particularly the 5050 Talent Plan, which is geared toward talented workers and promising projects.

Previously, only those with a doctorate could apply. The government has lowered the academic threshold for talent in order to make the district a leading labor market and innovation center. Postgraduates are also eligible to apply for 5050 fund subsidies.

The 5050 Talent Plan was launched in 2000 and is updated every five years. Last year, local governments unveiled the 3.0 version of the plan, which includes subsidies of up to 10 million yuan (US$1.5 million) for promising projects and various talent incentives. 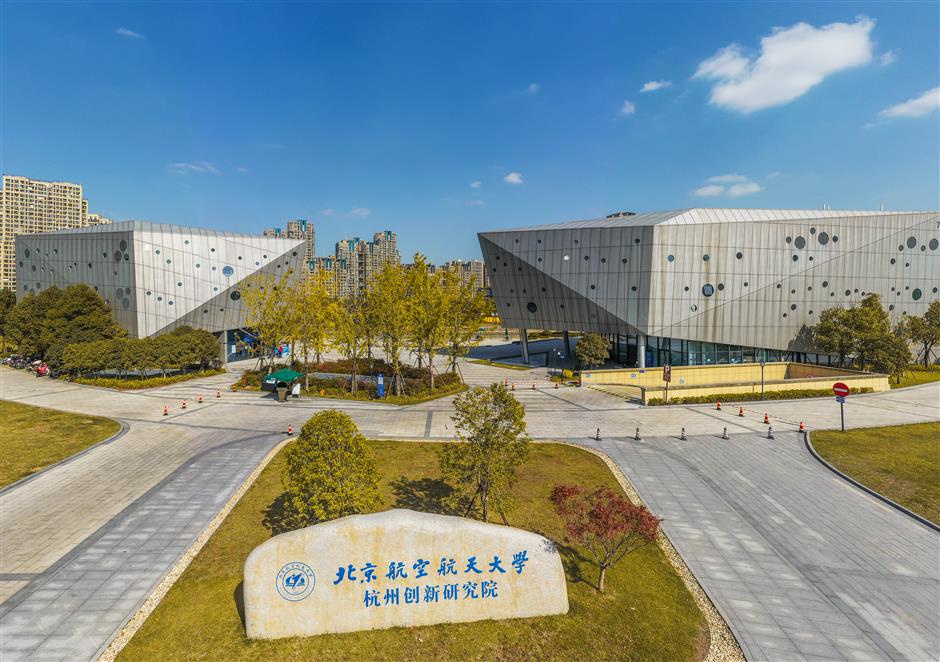 Binjiang government used to back projects for three to five years. In the updated version, this time frame is extended to seven years to help local businesses more.

The government is also providing an entrepreneurial fund for university students. Hangzhou Dianzi University, Tongji University and Xi'an Jiaotong University have officially collaborated with the government of Binjiang to encourage technological innovation among students.

The 5151 Industrial Cooperation Plan also released last year, calling for the creation of an online and offline platform to connect different resources and technologies.