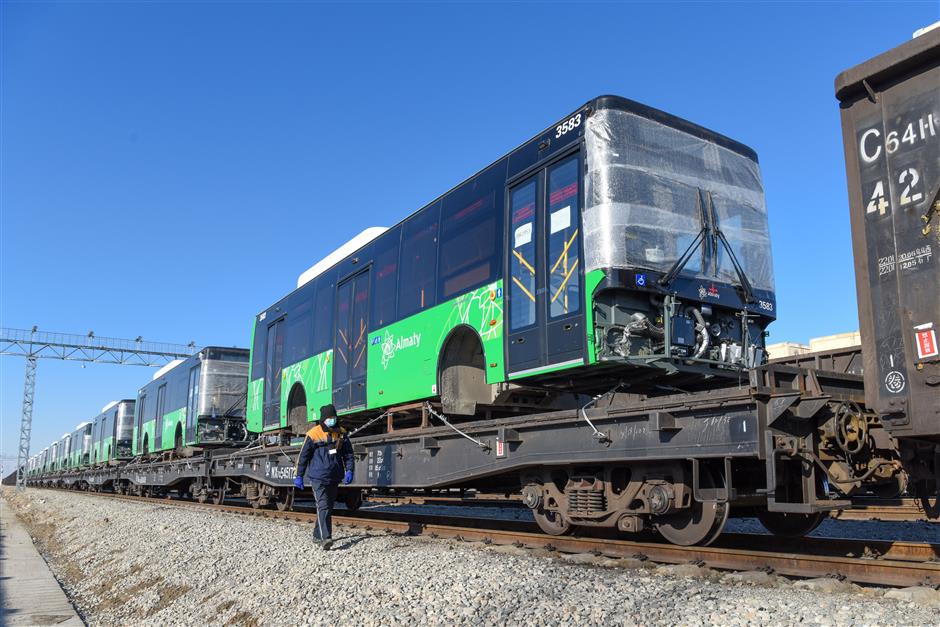 A worker inspects a freight train bound for Europe at Khorgos port in Xinjiang Uygur Autonomous Region on June 8, 2022.

Northwest China's Xinjiang Uygur Autonomous Region recorded over 67.4 billion yuan (US$10 billion US) in foreign trade in the first five months of this year, up 30.9 percent year on year.

The Customs of Urumqi, the region's capital, said that from January to May, the region had trade with 157 countries and regions.

During the period, Kyrgyzstan remains Xinjiang's largest trade partner, with more than 23 billion yuan in trade, up 425 percent year on year.

"We will further improve the level of trade facilitation, reduce the cost of trade enterprises, and take practical measures to promote the high-quality development of Xinjiang's foreign trade," said Wu Wei, an official with the Customs of Urumqi.