Power of data to build a world-class healthy city 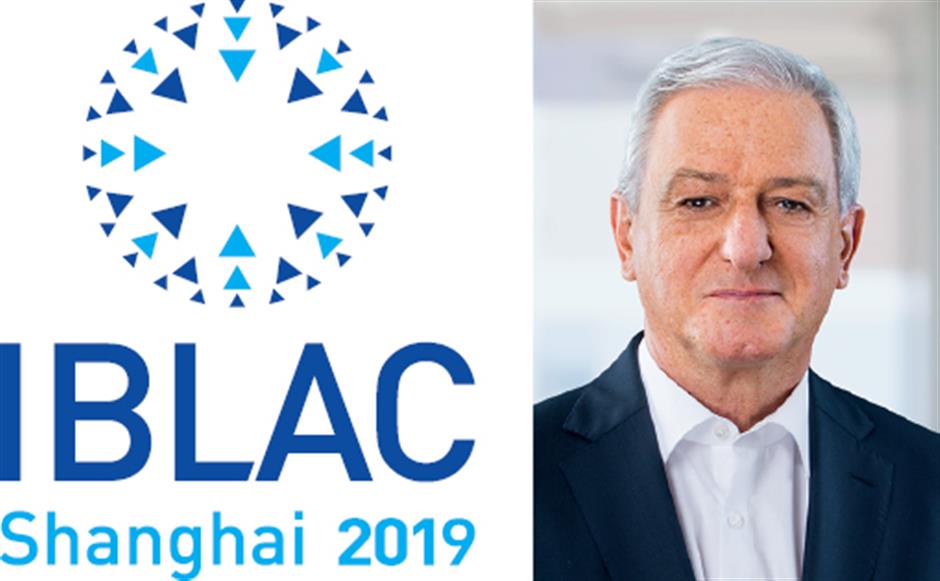 Shanghai is without a doubt the most obvious example of China’s economic success, and following its development has always been an interesting experience.

Novartis has long-standing ties with the city for more than three decades as a founding member of the International Business Leaders’ Advisory Council (IBLAC) in Shanghai.

I have had the privilege of serving as an IBLAC Shanghai advisor since 2013, enabling me to witness the city’s changing skyline and learn about the city leaders’ passion and ambition to build an even better Shanghai.

The city has set many goals for the coming decades, including economic and ecological ones, and is on track to achieving them. One goal of particular interest for me is Shanghai’s endeavor to build a world-leading health tech innovation hub and a world-class healthy city by 2030, as this is closely linked with our mission of “exploring new ways to improve and extend people’s lives.”

Thanks to the substantial efforts by the Shanghai government to boost innovation, a medical hub is already starting to take shape in the city. Zhangjiang High-tech Park in Pudong New Area, which is already known as the “Medical Valley of China,” is home to more than 600 biotech companies, including the regional headquarters or R&D centers operated by six of the world’s top 10 medical companies.

Indeed, in Zhangjiang, Novartis operates a state-of-the-art Shanghai campus for which we invested around US$1 billion. It is home to one of our three largest global R&D hubs, employing around 700 scientists who are intent to find innovative therapies for unmet medical needs.

In the next few years, Novartis plans to submit applications in China for 50 innovative drugs focusing on prevalent disease areas such as heart and lung disease and other chronic conditions, which are on the rise.

Looking ahead, we believe Novartis will have an even greater role to play in sharing our expertise with Shanghai to facilitate its journey to become a world-leading hub for medical and biotech innovation, manufacturing and R&D outsourcing.

Shanghai has made remarkable progress in the realm of health care, cementing its position as a national leader. The city was the first to unveil a health-care strategy with province-specific targets and priorities, namely Healthy Shanghai 2030, which is aligned with the Healthy China 2030 national strategy. This September, Shanghai also became the first in the country to publish a provincial health-care action plan, Health Shanghai Action 2030, aiming to turn its vision for a healthy Shanghai into concrete action.

Healthy Shanghai 2030 has outlined the application of big data in the health-care sector as one of the top priorities. Promoting data mining, sharing and their broad use while protecting patient privacy is a clear indication of the city’s acknowledgement of the role health data plays in achieving its ambitions to build a world-class healthy city. Another exciting initiative is the Shanghai Health Care Cloud cellphone app which allows residents to make appointments with doctors and other health-care service providers for routine checks, chronic disease management or vaccination.

These are great initiatives that will not only provide high quality care to residents in Shanghai, but also facilitates data sharing among all heath institutions. We are convinced that comprehensive analysis of medical and health data as well as broad application of digital technologies could be useful tools to address challenges in health care, especially as China copes with an aging population. The number of people aged 60 and above stood at 249 million by the end of 2018, or 17.9 percent of the total Chinese population.

A similar phenomenon can be observed in Shanghai, which is leading life expectancy in China. An aging population results in a growing burden on the health-care system and health resources. Chronic diseases can have a broad impact on the city’s economic growth due to the loss in working hours for both patients and caregivers.

We have recently sponsored a number of health data studies in China to explore how a deeper understanding of treatment patterns and clinical outcomes are linked to health-care investment and thus drive improvements in clinical care. Our studies in heart failure in collaboration with the China Cardiovascular Association have shown that Shanghai’s health-care policy is very robust. Compared to the rest of China, Shanghai patients live longer, have fewer severe illnesses, have a better lifestyle and better quality of life, and are more likely to be treated with the right medicines when ill.

We believe medical and health data sources can provide evidence to better understand treatment patterns, health outcomes and patient experiences. Such data also helps to enable improved resource allocation in the health-care system while the application of digital health-care technologies can potentially improve clinical outcomes, reduce the burden of disease, and open up avenues for the government to make more effective policy decisions in health care and foster economic growth.

Shanghai is already moving into the right direction in terms of collecting, sharing, utilizing medical and health data to address its health-care challenges. And we believe that strengthened data quantity, accessibility and quality will help unleash the real power of data and digital technologies.

Novartis, as a leading global medicines company with deep roots in China, stands ready to share its expertise and knowledge to jointly fulfill the city’s ambitions. We are committed to working with the Shanghai government to accelerate the use of health data to support biomedical research and daily clinical decision-making to support the city’s goal to drive economic growth and build a world-leading health tech innovation center as well as a world-class healthy city.