A peek into a 5G future at Beijing convention 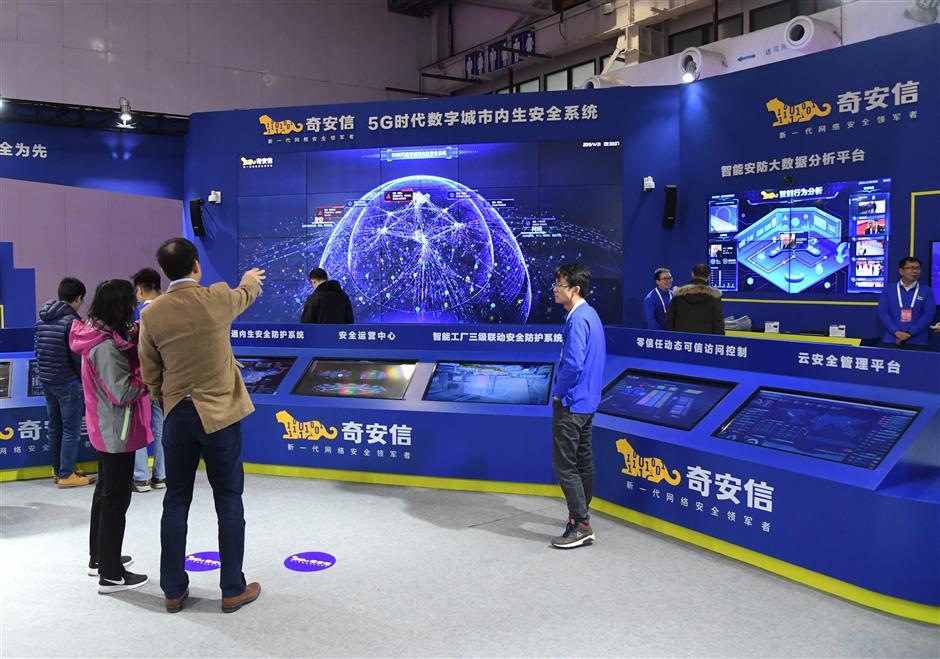 People visit Qi An Xin Group's booth, a cyber security company, during the 2019 World 5G Convention in Beijing on Nov. 21.

Thanks to 5G technology, airport security checks can be completed within seconds, band members in different corners of the world can rehearse synchronously, surgeons can operate on patients thousands of miles away.

All of the above scenarios are becoming increasingly common in China, as demonstrated at the 2019 World 5G Convention being held from Wednesday to Saturday in Beijing.

Sponsored by the Beijing municipal government, National Development and Reform Commission, Ministry of Science and Technology, and Ministry of Industry and Information Technology, the convention displays the most cutting-edge technologies, products and applications of 5G.

Due to its high bandwidth, low latency and boundless connectivity, 5G has opened up infinite possibilities for various fields, bringing tremendous changes.

"Suppose that a city is on fire, drones can be immediately sent to fly over the city to collect images and transmit them to the cloud through 5G real-time transmission," said Liu Yi with China Unicom at an exhibition booth.

A city model can be formed instantly and sent to the mixed reality (MR) glasses of rescuers, who based on the 360-degree holographic image of the city will command the drones to carry out rescue missions and distribute relief supplies. 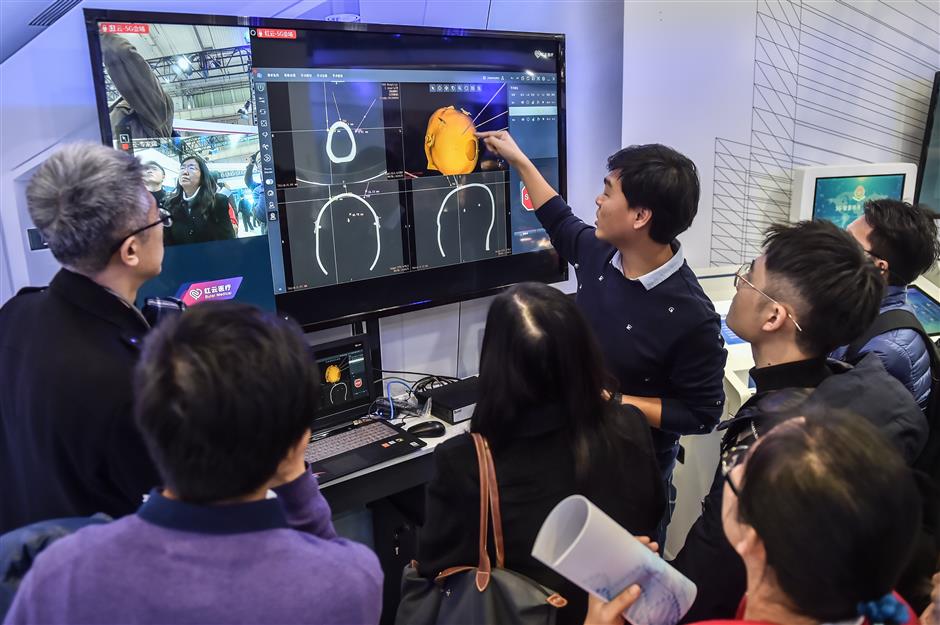 A staff member shows 5G-supported telemedicine technology during the 2019 World 5G Convention in Beijing on Nov. 21.

China has built 113,000 5G base stations and the number is expected to reach 130,000 by the end of the year, Miao Wei, minister of Industry and Information Technology, said while addressing the opening ceremony.

In June, 5G licenses for commercial use were granted to China Telecom, China Mobile, China Unicom and China Broadcasting Network, marking the beginning of a new era in the country's telecom industry.

"There have been 870,000 subscribers to 5G packages, and the development momentum is good," said Miao, who noted that 5G is of great significance to promoting the development of the digital economy and its deep integration with the real economy.

"In addition to interpersonal communication, the vast majority of applications will be in areas such as the Internet of Vehicles and industrial internet," Miao said. "China will give full play to its institutional and market advantages, promote the integration and application of 5G in industrial development, information consumption, public services, social governance and other areas, to facilitate digital transformation." 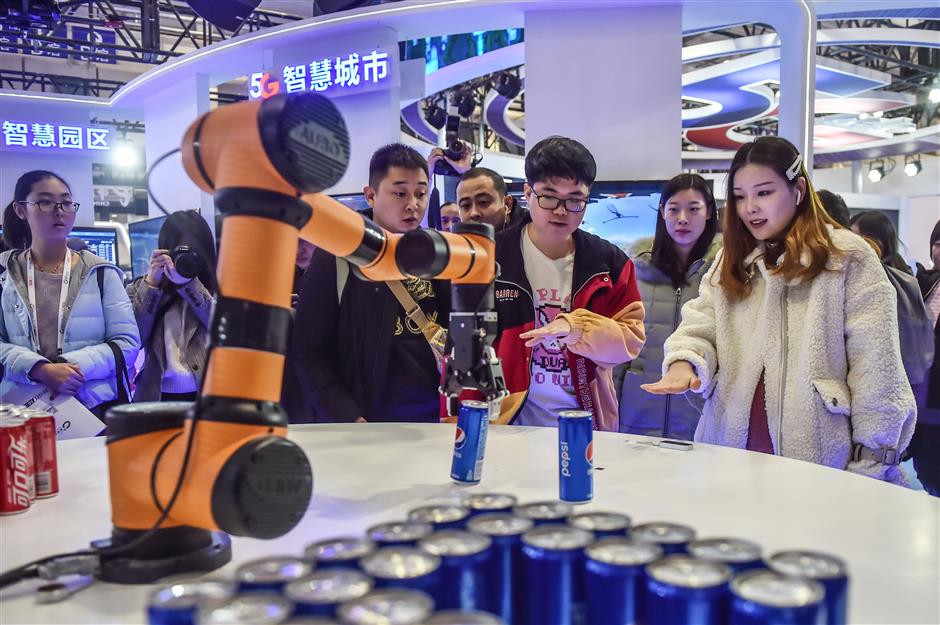 A woman tries to pick up a can by controlling a mechanical arm remotely during the 2019 World 5G Convention in Beijing on Nov. 21.

In Beijing, Zou Liping, a pediatrician at the Chinese PLA General Hospital, performed a "face-to-face" diagnosis of patients in Hainan, an island province more than 2,600 km to the south of the national capital, based on 5G-enabled high-definition audio and video transmission and remote simulation operation.

In Shanghai, driverless buses are being tested on 12 public roads totaling 37.2 km, relying on 5G-enabled wireless communication technology for vehicles.

In the border province of Yunnan, tourists can explore the magnificent views via 5G-enabled VR panoramic technology, which has become an important means of supporting the industrial upgrade and promotion of the popular tourist destination.

China is fully prepared for building a new 5G ecosystem, which will prompt the world to develop new equipment, communication ports, as well as operating systems, according to Mark Chong, chief technology officer at Singtel Group.

In the meantime, Randeep Singh Sekhon, chief technology officer at Bharti Airtel, suggests that telecom operators across the globe should enhance cooperation to bring down costs, strengthen standardization and tap into the potential of a bright 5G future.