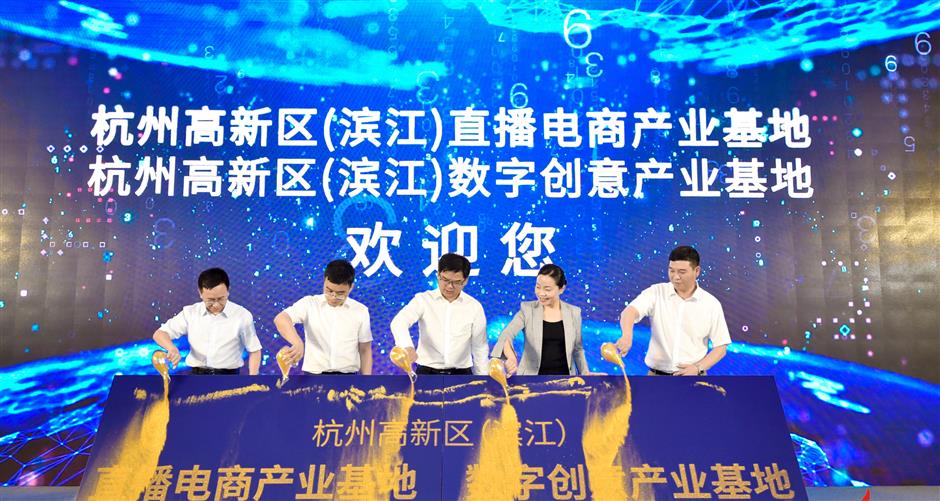 Two industrial bases — the Livestreaming E-commerce Industrial Base and the Digital Creative Industrial Base — are launched in Binjiang District. A series of policies are announced to reduce irregularities and attract more commercial projects in the e-commerce industry.

In a bid to accelerate the development of the livestreaming industry, Binjiang District in Hangzhou recently announced a series of policies, aiming to reduce irregularities and attract more commercial projects for the industry.

Local government departments have signed contracts with companies to build a bridge between businesses and wanghong (Internet celebrities) and set up two industrial bases for further development.

“The details of some policies will be revealed soon. They will cover subsidies, talent, penalties and rewards,” said Wang Jianwu, director of Binjiang Internet Industry Development Service Department.

Wanghong trade on their fame by selling products online. Most are fashionistas with a great many followers on social media. With the development of livestreaming, they have evolved into new retailing channels as people choose to buy products online rather than at physical outlets.

During the COVID-19 outbreak, Chinese livestreaming audience skyrocketed to 550 million according to Binjiang District government. When people were confined to home, the new industry was buoyed to new heights, and many brands turned to wanghong to help boost sales through livestreaming promotions.

Binjiang’s livestreaming industry is clustered in its Internet Town which contains big names like Alibaba and NetEase and hundreds of wanghong studios.

Taobao Live, launched by Alibaba in 2016, offers a livestreaming platform to wanghong. Due to Taobao’s promotion of livestreaming shopping, the platform has expanded enormously this year.

Viya, who has some 26.37 million followers, is one of the top streaming hosts on Taobao Live. She started her business in Binjiang in 2016. 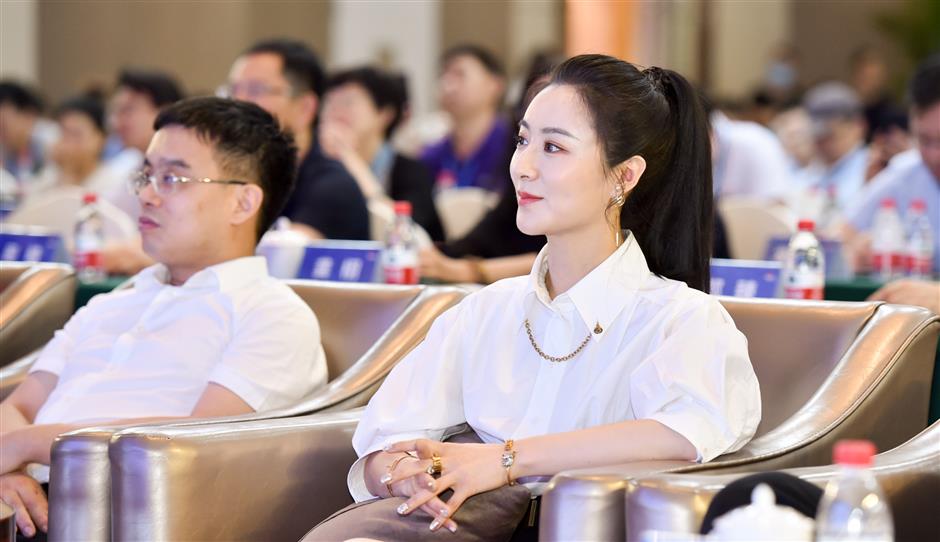 Viya, who has some 26.37 million followers, attends the industrial bases launch ceremony. She started her business in Binjiang in 2016 and is now among the top streaming hosts on Taobao Live.

“Binjiang government’s policies will definitely help us integrate industrial resources, especially in seeking talent and commercial partners,” Viya said. “At present, the livestreaming industry is still in its infancy but has broad market potential.”

More than 20.25 million people watched her online stream on June 10, when she promoted traditional snacks for a Zhejiang Province-based brand. Within three hours, she helped sell over 100,000 packaged mung bean cakes.

She uses limited-time discounts to encourage orders, often with a limited number of products available to increase the sense of urgency among shoppers. Prize draws are also a popular way to engage with viewers, with some giving away high-value goods.

Last year, Viya’s gross merchandise volume jumped to 13 billion yuan and revenue soared to 500 million yuan. In the coming three years, she is expected to serve more than 5,000 commercial brands.

“Under the new technology like 5G and maturing commercial models, the livestreaming industry will reach a new pinnacle without any doubt,” Viya said.

“At present, Binjiang has already formed an entire livestreaming industry chain. It is stepping into a period of industry integration,” Wang added.

In the future, Binjiang is hoped to be at the top of China’s livestreaming industry. To reach that goal, it plans to incubate more promising companies and wanghong, improve the industrial chain and develop related industries.

“Binjiang will continue developing its digital economy. Technologies will provide the livestreaming industry an ideal foundation, and further support to the new business will be offered in the coming years,” said Wang.