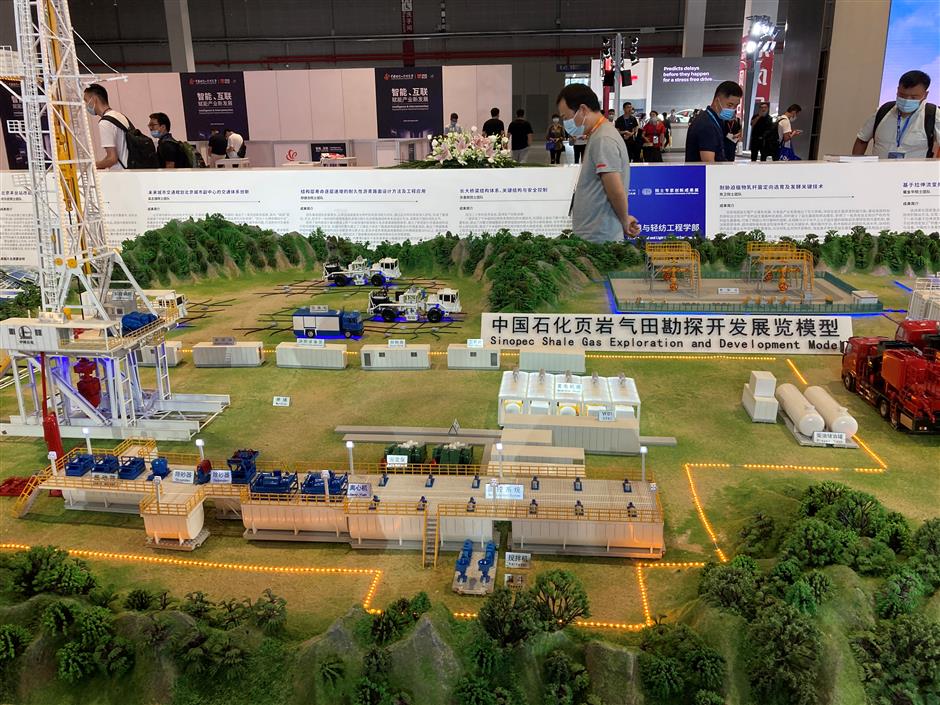 A model showings how shale gas is collected and used.

The latest shale gas technology and cutting-edge subterranean heat applications were among the most popular highlights at the Chinese Academy of Engineering’s exhibition during the onging China International Industry Fair, or CIIF2020.

Both projects were brought by academicians at Sinopec, China’s largest and state-owned petroleum and petrochemical enterprise.

The shale gas display shows how the gas is exploited, transmitted and utilized.

China is rich in shale gas, natural gas stored in shale, and there are around 25 trillion cubic meters available, most of it in southern China, the Sichuan Basin in particular, according to Wei Xiangfeng, a Sinopec researcher.

“To exploit and use shale gas is one way to ensure the energy security of China, as China’s dependence on imported oil and gas was quite heavy, with 70 percent of oil and almost 50 percent of gas imported from other countries,” Wei told Shanghai Daily.

China’s annual output of shale gas has reached 16.5 billion cubic meters since exploitation began in 2012, accounting for 10 percent of natural gas consumption. Most of the exploited shale gas was transmitted by way of China’s west-to-east natural gas pipeline to destinations in eastern China including Shanghai and the provinces of Jiangsu, Zhejiang and Anhui.

The subterranean heat displays show how it is utilized in the Xiong’an New Area, a strategic development area in China.

Subterranean heat comes from water that is usually more than 1,000 meters underground. After the heat from the underground water is gathered, the water is sent back underground, a process that has as little effect on the natural environment as possible.

The exhibition also shows how subterranean heat can be used in refrigeration.

Cao Yaofeng, the project’s leading researcher, said: “Subterranean heat will play a significant role in areas with cold winter and hot summer. The Yangtze River Delta region will be the focus in the promotion of the industrial development of subterranean heat.” 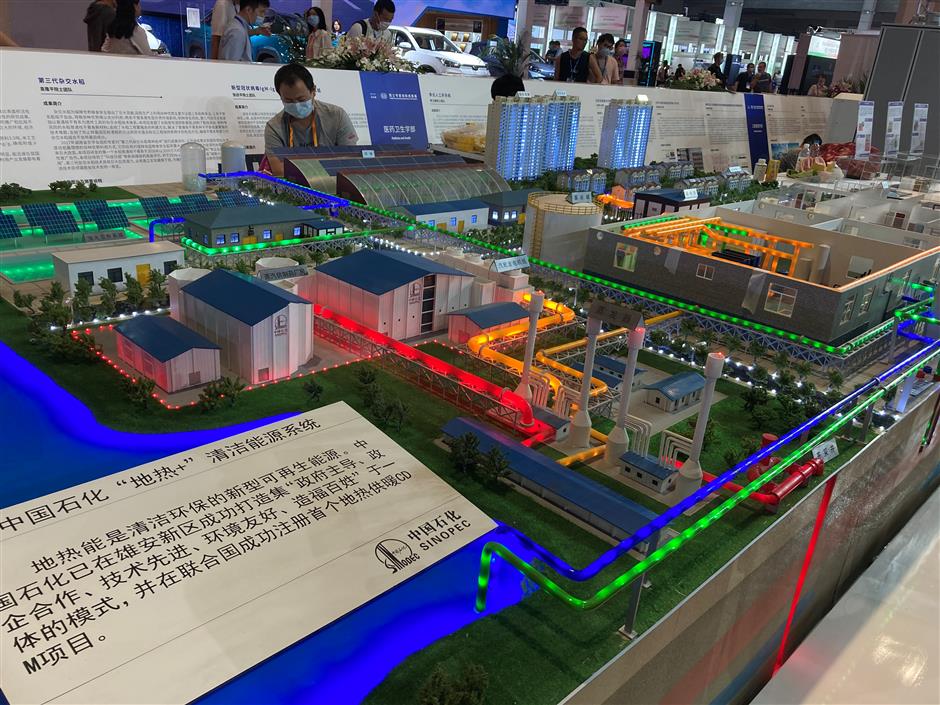 A model shows how subterranean heat is used to heat homes in Xiongxian County.