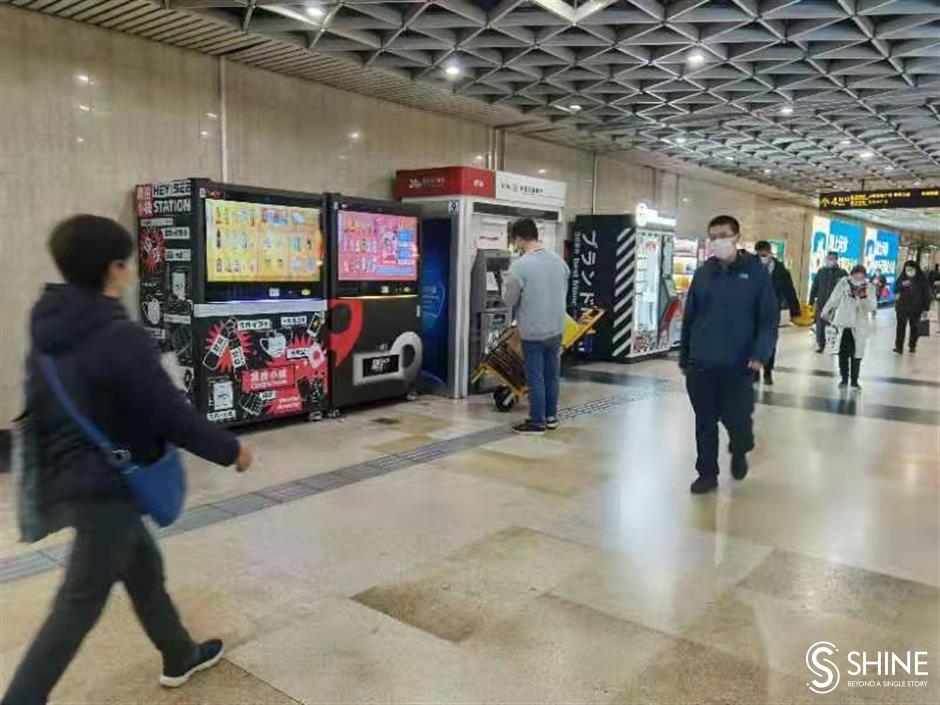 Vending machines supporting e-yuan payments have been set up in some Metro stations. 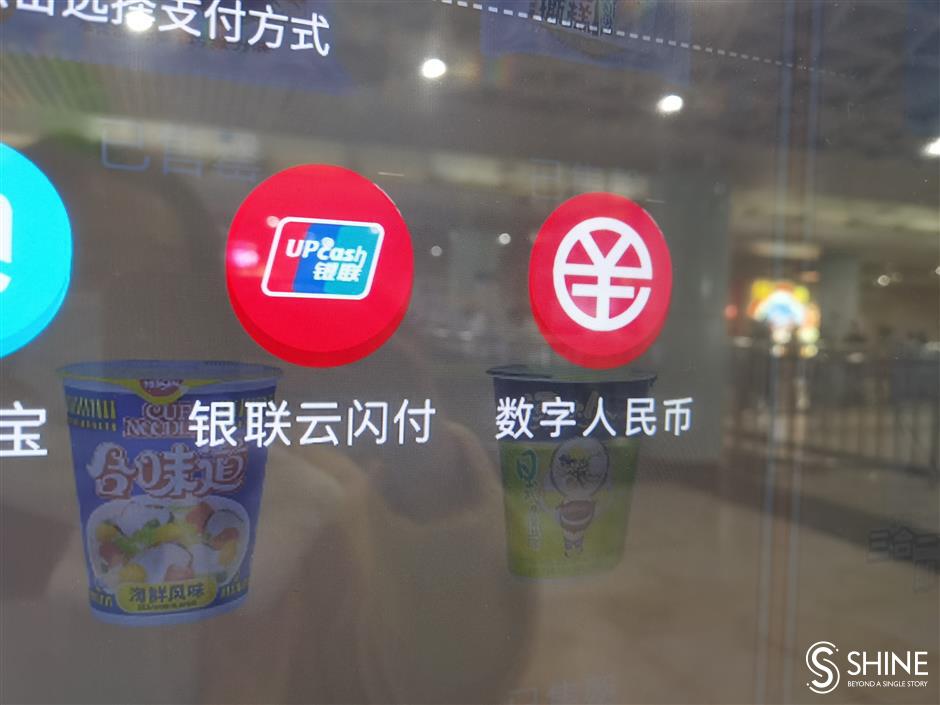 Large-scale e-yuan applications could be piloted in scenarios such as single-use prepaid cards, flexible employment payments and social security reform.

E-yuan payment is now seen on vending machines in some Metro stations as Shanghai accelerates the pilot program to test the digital currency that may be a parallel of Alipay and WeChat Pay.

The program is still limited to a small group — it is reported that banks involved in the program are asking their employees and clients for the test, and only people selected can purchase products, like soft drinks and snacks, from designated vending machines run by Shanghai-based Hey!See Co Ltd.

These vending machines supporting e-yuan payments are seen in downtown areas including Metro stations of People's Square, Xujiahui, Nanjing Road E. and Lujiazui. And not all machines accept the electronic currency.

The company is not immediately available for comment but a staff member said there was "a few" purchases via e-yuan at the Nanjing Road E. station while more taking place at the Lujiazui, where a lot of financial institutions locate.

Shanghai is stepping up pilot applications of digital yuan, outlined earlier this year in the local government’s work report.

Large-scale applications could be piloted in scenarios such as single-use prepaid cards, flexible employment payments and social security reform, the adviser said.

In tandem with the People's Bank of China, six top state-owned commercial banks are taking part in a digital currency testing program across the country. Moreover, cities including Shenzhen, Suzhou, Beijing and Chengdu have issued the new currency in the form of red envelopes to some residents.

Third-party platforms like JD.com and its subsidiary JD Tech have provided technical and service support to several local governments to help promote the pilot program.

A banking staffer told Shanghai Daily that he took part in the city’s e-yuan testing program since the latter half of last year and had bought some daily necessities on JD.com by using the digital currency.

For the moment, only invited people can have the chance of downloading the e-yuan app and using the digital currency; such white list has to be approved by the Shanghai headquarters of the People’s Bank of China, the banking staffer added.

For the city’s e-yuan testing project, the Shanghai headquarters of the People’s Bank of China declined to disclose any details and participating banks also declined to make any comments.

The Shanghai Financial Services Office told Shanghai Daily that it was also involved in the program and will share relevant information with the media “at a proper time” in the future. 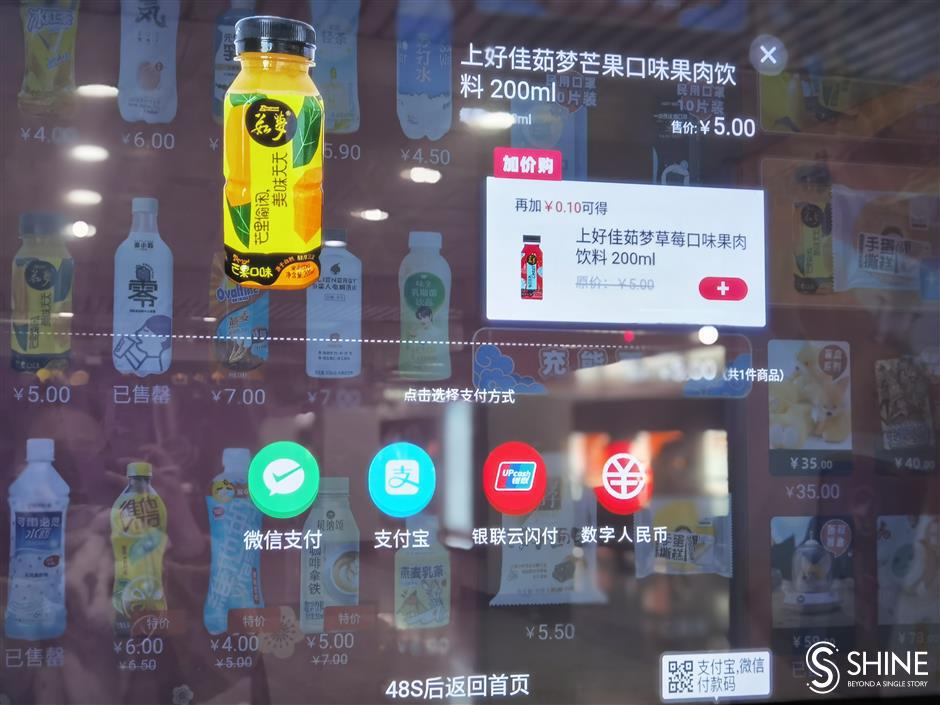 Shanghai accelerates the pilot program to test the digital currency that may be a parallel of Alipay and WeChat Pay.