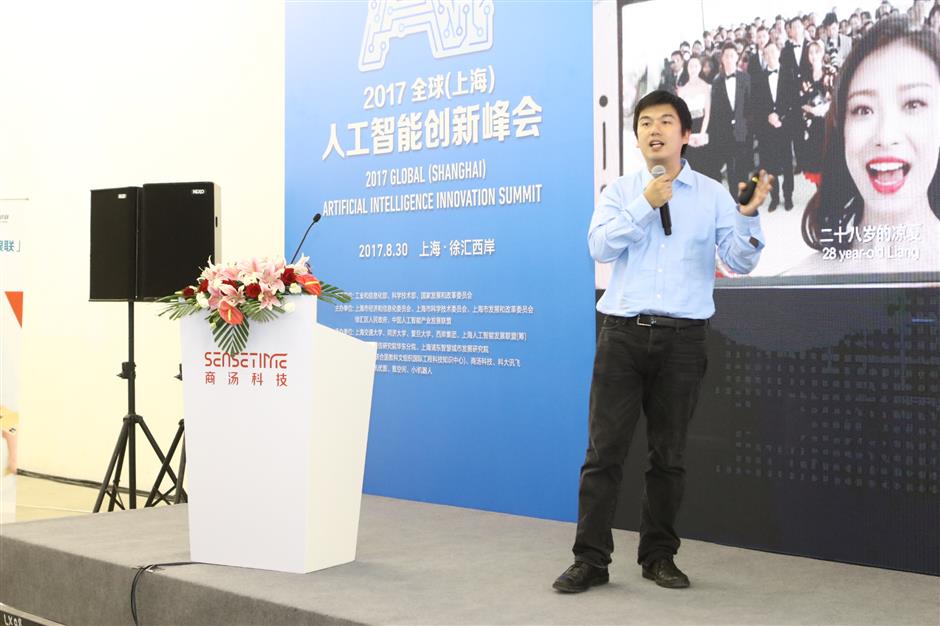 XU Li, a 35-year-old Shanghai computer scientist, offered a sweeping vision of the future of artificial intelligence at a recent global forum in the city.

The co-founder and chief executive of SenseTime has built a company valued at 10 billion yuan (US$1.5 billion), after it secured the biggest single round of financing in the worldwide artificial intelligence industry a few months ago.

The company’s algorithm has become an invaluable assistant to police and smartphone users. It can set up facial recognition systems to nab criminals, “read” thousands of X-ray films in one night and optimize aperture setups to take better photos with handsets.

“We offer unified AI services like Lego to business clients,” Xu told the 2017 Global (Shanghai) Artificial Intelligence Innovation Summit, which attracted top government and industry officials. “Using that, clients can build castles, parks or vehicles on their own.”

SenseTime is a relative latecomer in the industry, compared with Facebook or Google’s AlphaGo, but that doesn’t dim Xu’s confidence. He said he wants to help define China’s own artificial intelligence standards and eco-system instead of piggybacking on the developments of others.

That’s the sort of pluck the Chinese government likes to hear. The nation’s leaders have adopted a strategy of encouraging innovation in the technology sector, led by entrepreneurs with bright ideas and bold ambitions.

The accuracy rate of natural language comprehension, voice recognition, and image and device recognition has already crossed the industry’s “red line,” meaning accuracy beyond that of human beings, analysts said.

China has natural advantages in the development of artificial intelligence, with its large population and already huge volume of data and industrial applications. But Xu said AI can’t really redefine and change the whole economy without China’s possessing its own core system and standards.

The company charges a licensing fee for its Intelligent Video Analytics service, which covers more than 100 million people, including smartphone users who want optimized selfies and the “bokeh,” or artistic blur, effect.

Xu said the Lego business model results in unified services and stable income flow. The bulk of the company’s income comes from Beijing in the north and the Shenzhen region in the south, but Xu said he sees great market opportunities in Shanghai, where he attended university.

The capital injection will support technology and applications development at SenseTime, Xu said. Among the hot areas of development are autonomous cars. Xu said they will become a reality in a decade or so, and currently present an ideal sector for the company’s involvement.

By 2020, artificial intelligence is expected to become a US$1 trillion global industry. By 2030, its value will exceed the combined gross domestic products of China and India, according to a recent report by professional services firm PwC.

Talent pools are a key element in the success of artificial intelligence companies, Xu said. SenseTime now employs more than 120 engineers with doctoral or post-doctoral degrees.

China has become a magnet for attracting talent and investment in the realm of artificial intelligence, narrowing the gap with the US, LinkedIn said in a report.