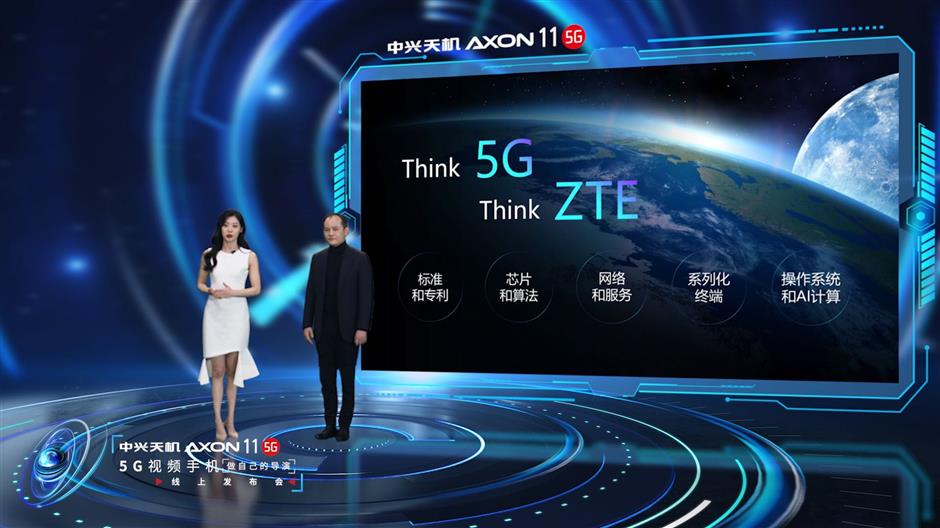 ZTE Corp, which launched a flagship 5G model on Monday, says it will be releasing over 10 models of 5G smartphones this year.

ZTE, China’s biggest public telecommunications equipment vendor, is one of the earliest industry giants to focus on 5G with an investment of “several dozen billion yuan,” Xu said during an online conference.

ZTE launched its Axon 11 model during the conference. It features enhanced 5G connections, a 64-megapixel camera and optimized tools for video shooting, editing and spreading, ZTE said. Online pre-orders started on Monday with prices from 2,698 yuan (US$385).

The model’s 5G connection and network switch function are “fast and smart,” said ZTE, which is also a major 5G base station supplier for carriers such as China Mobile.

The model’s camera, with enhanced stabilization, allows users to shoot sports videos and night scenes and edit them automatically. The 5G network also enables users to quickly spread them on platforms such as Douyin, ZTE said.