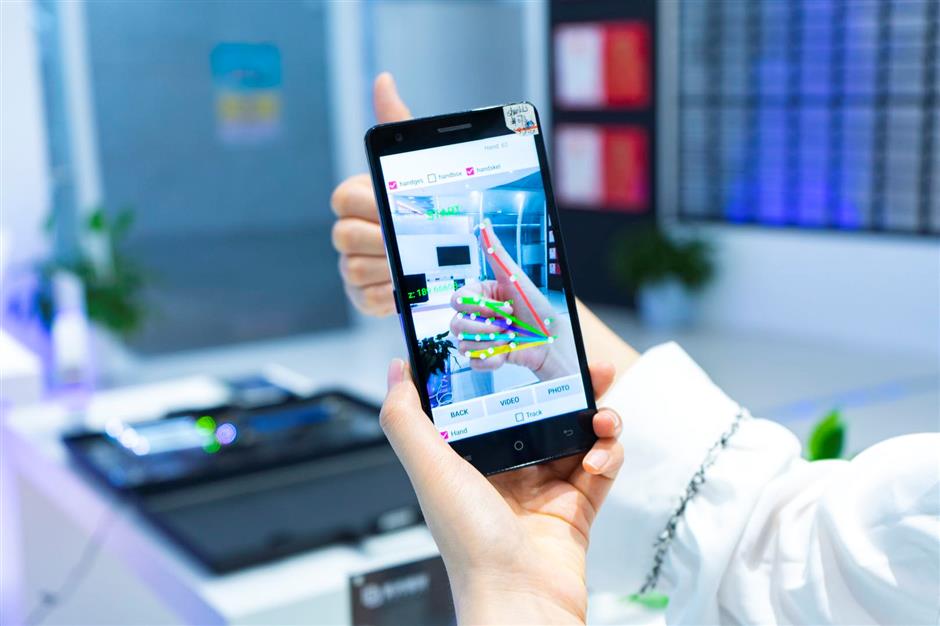 A 5G smartphone with AI features is displayed at Unisoc's headquarters in Shanghai. Unisoc develops chips used in smartphones and various devices.

Unisoc, which is to list on the STAR Market, is expanding its 5G and domestic markets this year, the Shanghai-based chip designer said on Tuesday.

On the Chinese mainland, only Huawei and Unisoc can develop 5G baseband chips for smartphones.

Compared with feature phones, the demand for 5G devices and smartphones is booming in China.

“With rapid 5G replacement, it may be difficult for you to find a new 4G smartphone in the Chinese market by the end of this year,” said Zhou.

Unisoc’s 5G chip has already been used in a 5G model made by Hisense , with more models to debut later this year.

Unisoc secured investment of 5 billion yuan (US$741 million) in a recent round of financing. Unisoc has also applied to issue an initial public offering in the STAR Market in Shanghai, according to stock regulators statements.

Besides smartphones, Unisoc also displayed chips used in AIoT sectors referring to artificial intelligence and the Internet of Things. The final products include a smart watch for kids, AI-featured recorder and electronic components in cars.

Unisoc has 4,500 employees globally including 2,000 in its headquarters in Shanghai. About 90 percent of them are researchers.