eSports finals event to be held in Shanghai 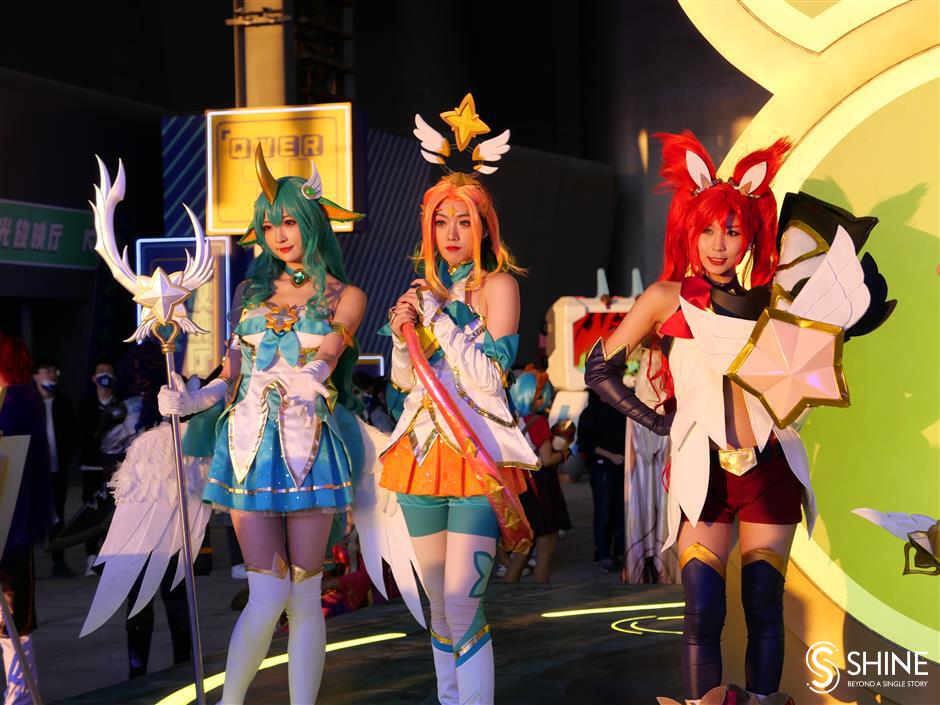 Cosplayers pose during a carnival event in Shanghai.

Chinese eSports team Suning and South Korea's Damwon Gaming will compete in the final round of the 2020 League of Legends World Championship (also known as S10) on October 31 in Shanghai.

The teams are the last remaining among 22 which participated in this year's S10. On October 25, Suning beat TES, another Chinese team, to secure its place in the finals.

Because of the pandemic, all events are being broadcast online, except for the final, according to organizers Tencent and Riot Games.

More than 2,000 spectators gathered in an outdoor venue to watch the semi-finals on Sunday night, as part of an ongoing eSports carnival in Huangpu District.

During the carnival, visitors can join League of Legends and eSports themed activities, including playing on-site matches, cosplaying and watching broadcast events.

In the first half of the year, China’s eSports market revenue hit 71.9 billion yuan (US$10.6 billion), a 54.7 percent increase year on year. The eSports user base reached 484 million by June, according to industry figures.