Internet security and AI trust are hot topics at WAIC

Cybersecurity is a challenge across the world, including in China. Cecloud has always been committed to building a reliable platform for national cybersecurity, Ma Jin, Cecloud executive president, told the International AI Technology Transformation and Industrial Innovation Forum at WAIC on Friday.

With the development of AI, data security and usage have become new issues in the industry. As data is used as a production factor, they create problems like data ownership and privacy protection, Ma added.

AI's ethical legislation is a topic worthy of debate, Gu Yu, foreign academic of the Russian Academy of Natural Sciences, told the forum.

A Trust AI proposal was published today by organizations including JD and Ant Group. AI should be trustworthy and reliable and its development should go toward goodness and diversity, said the proposal, released at WAIC's Trustworthy AI Forum today.

Human faces are the basic and most significant bio feature for identification.

However, AI-featured Deepfake technologies can "simulate" faces used in social media and applications like the face-swapping app ZAO, which was once popular in China.

As a startup incubated at Tsinghua University, RealAI is now valued at more than 2 billion yuan. Its biggest revenue source comes from financial institutions related to risk control, privacy and security.

In the future, Deepfake technologies can be used in "positive" ways, like in digital entertainment industries, said firms including RealAI.

"But the Deepfake usage should be clearly marked to let viewers know that they are fake and AI-featured," said Tian Tian, RealAI's chief executive officer.

RealAI, along with experts and regulators, is drafting a national standard for facial information security, Tian said at WAIC. 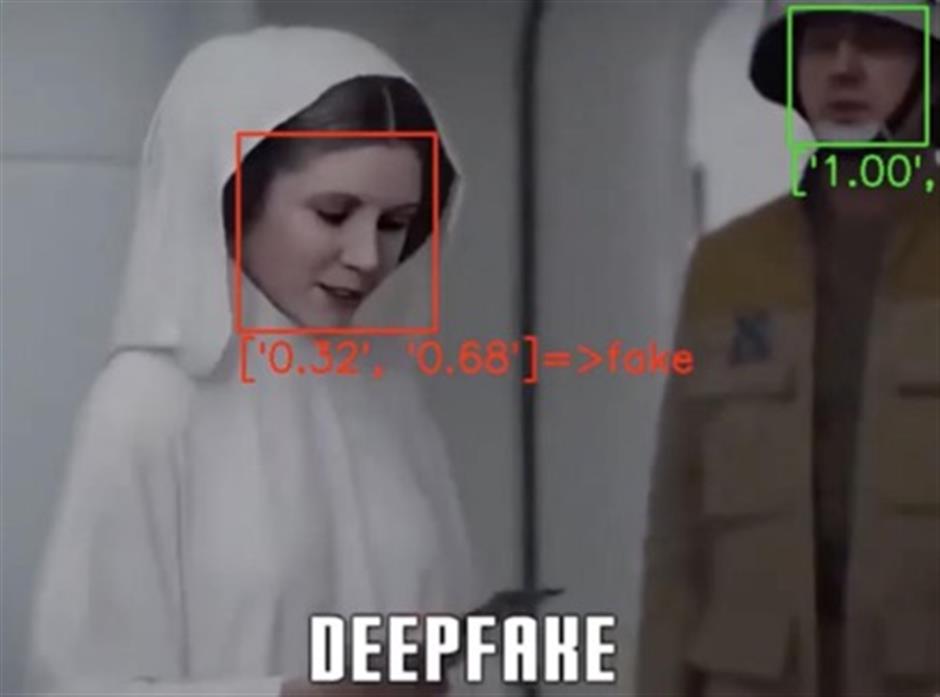 RealAI's technologies can recognize fake faces (red) created by Deepfake. The green one is an original face.