China is a world leader in 5G network quality and has already built over 1.6 million 5G base stations,a key minister said on Tuesday.

Shanghai has the country's fastest 5G and broadband and the city is developing a wide range of services based on networks including the cloud and AI.

The telecommunications sector is a strategic and leading industry in the national economy. 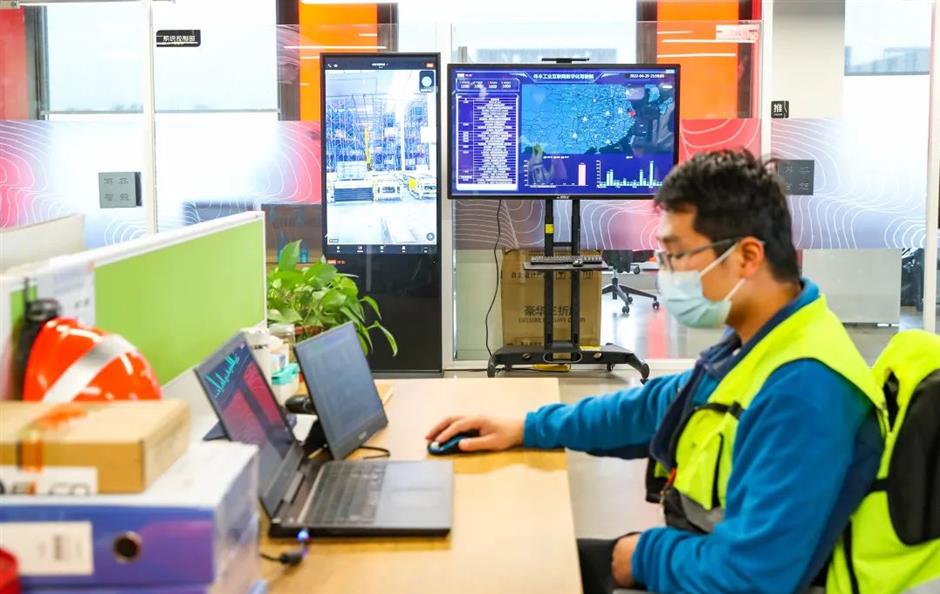 Shanghai enterprises are increasingly moving their operations and services to the cloud, using 5G and fiber networks.

China's network quality is "better than the level of developed countries in the world," Zhang said during a conference for Tuesday's World Telecommunications Day, which this year has the theme of "Digital Technologies for Older Persons and Healthy Aging."

Development of the telecommunications industry helps solve problems such as poverty and the digital divide – and the country has put a focus on using high-tech to help the elderly and people in rural areas.

China Telecom, with 5.6 million family broadband users in Shanghai, offers a network capacity of over 1 gigabytes per second in the city – the fastest broadband network nationwide.

The new cloud-based services are a vital part of Shanghai's efforts to resume work and production as the pandemic eases.

The new service will gradually cover the more than 5 million existing users.