Chinese team Nova eSports won the first global championship title in the mobile League of Legends Icons event over the weekend in Singapore.

Nova eSports or NV beat JTeam 4:0 in the final match of the Wild Rift Icons Global Championship on Saturday night. Jungler NV.Long, real name An Xulong, won the FMVP or Finals Most Valuable Player title with his dazzling performance. 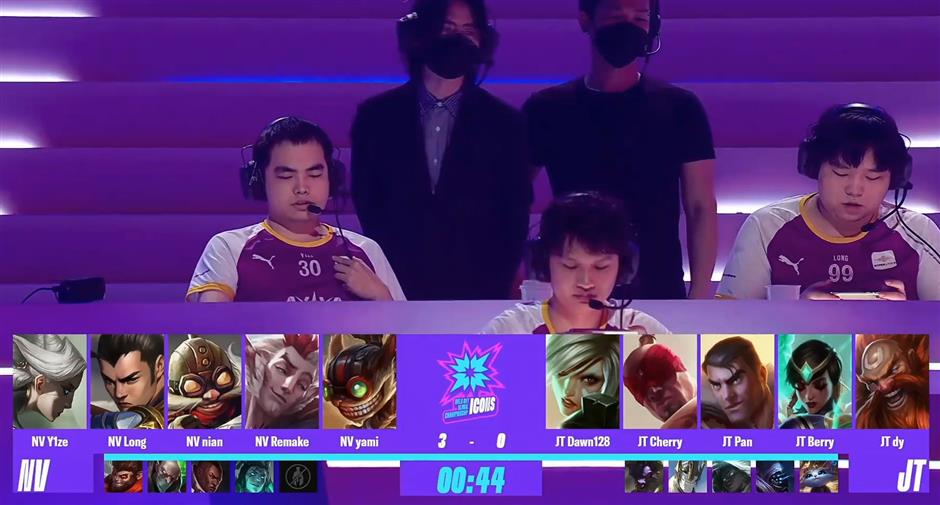 Three Chinese teams, including NV, Shanghai-based FPX or FunPlus Phoenix, JDG or JD Gaming, qualified in the semi-finals of the Icons event, powered by the boom in online gamers and eSports development in China. Another semi-final was TFGroup from Southeast Asia.

It's also the first major international eSports event Chinese teams attend on site after the pandemic.

The Icons event held between June and July, attracting 24 teams from around the world to compete for titles and total prize money of US$2 million.

LoL or the League of Legends, developed by Riot Games, is one of the most popular eSports games in China. It released a mobile version last October.

Riot Games announced it will produce five epic champion virtual "skins" of the League of Legends mobile game. Five players of the champion team will participate in the hero selection of the skin, which will be available in the summer of 2023.

The events highlight the surging popularity of eSports and mobile games in China and help Shanghai's ambition to become a global "eSports capital." Many of China's top mobile game eSports teams are based in Shanghai.