Food delivery services going all out to beat the heat 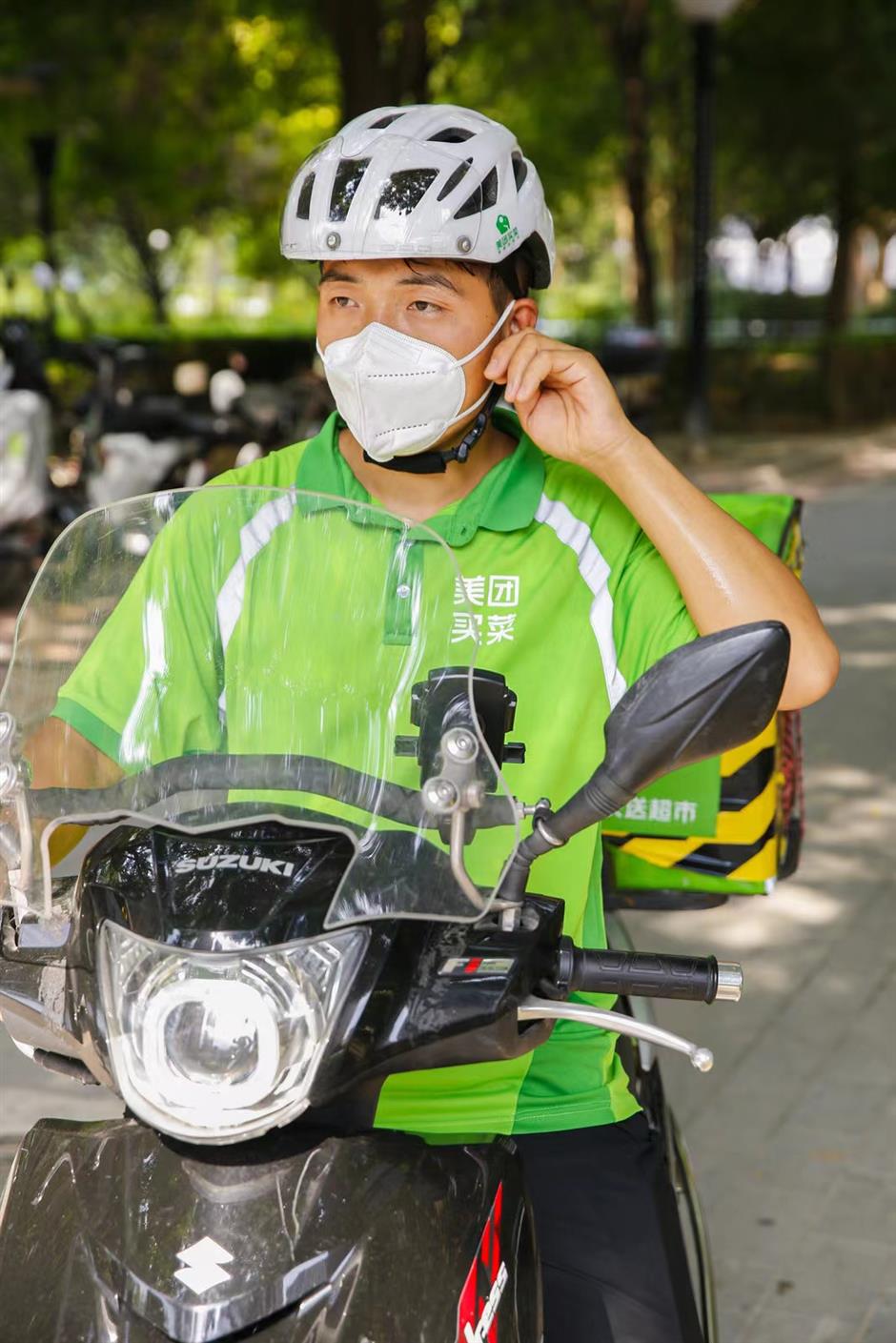 Delivery staff have to work extra hours despite the extreme heat.

Local delivery services are working extra hard to handle increasing demand amid the scorching weather and a temporary surge in orders in some parts of the city.

Online orders at Freshippo's Binjiang store in the Pudong New Area surged more than 20 percent in one day. Sales of fresh fruit like peaches and melons jumped 95 percent.

Most of the delivery workers in the store start as early as 7am to make sure deliveries are handled promptly.

The capacity and estimated delivery time at online grocery suppliers such as Meituan, Freshippo and Dingdong Maicai and those offered by supermarket chains vary in different areas in the city.

Some shoppers in Hongkou District have found difficulties in securing delivery orders since noon on Tuesday.

But Crystal Pan in Xuhui District said she ordered from Aldi's online delivery app around 9am and the fresh food arrived on time.

The sizzling weather has given rise to higher demand for frozen foods.

Ice popsicles which cost less than 5 yuan (US$0.75) are especially popular with shoppers turning away from high-priced desserts in favor of lower prices.

Meituan's daily average orders for this kind of modestly priced iced desserts in July more than doubled from a month earlier.

It has set up designated warehouse and dispatch facilities to ensure frozen desserts stay frozen.

Meituan has also put up a special notice for the expiration date of fresh milk, bakery items and other food and drinks with a short shelf life.

Delivery staff have to work extra hours despite the extreme heat and precautionary measures have been taken by delivery services to prevent heat exhaustion.

Dada Group's JD Daojia and JD Now delivery have seen an 84 percent increase oin demand for frozen food in the past week.

It has worked with retailers to ensure frozen lockers and logistics facilities are functioning properly. Tens of thousands of heat prevention kits including water mugs and protective sun jackets have been provided for Dada Group's riders. 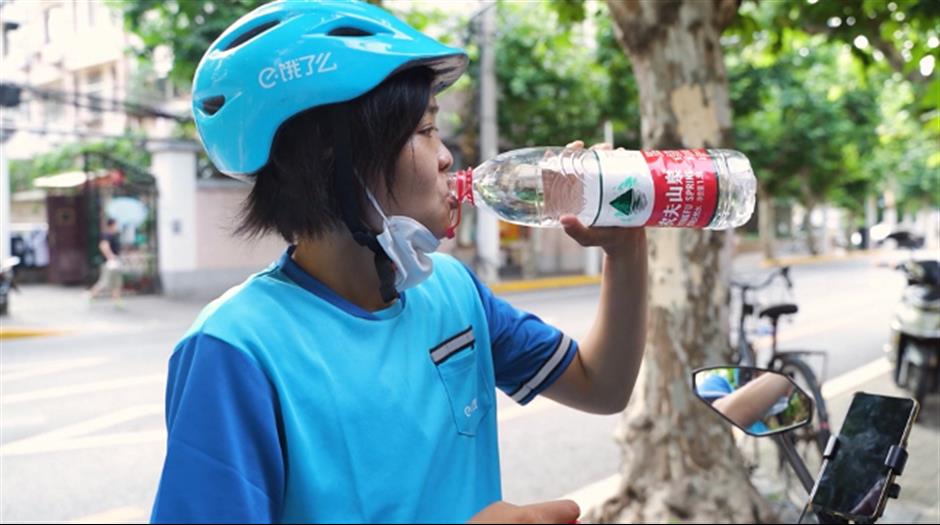 Eleme offers a service to compensate shoppers when certain kinds of frozen desserts thaw out due to mishandling or delayed deliveries.

Eleme rider Dai Ying who rushes through Shanghai's downtown streets has put extra ice on board and uses a temperature sensor to make sure iced desserts stay frozen.

For long-distance rides and delivery of frozen food, sometimes the icebags provided by the food vendors are not enough to keep the temperature cool. Dai came up with a small gadget to allow iced desserts stay frozen inside the food locker. 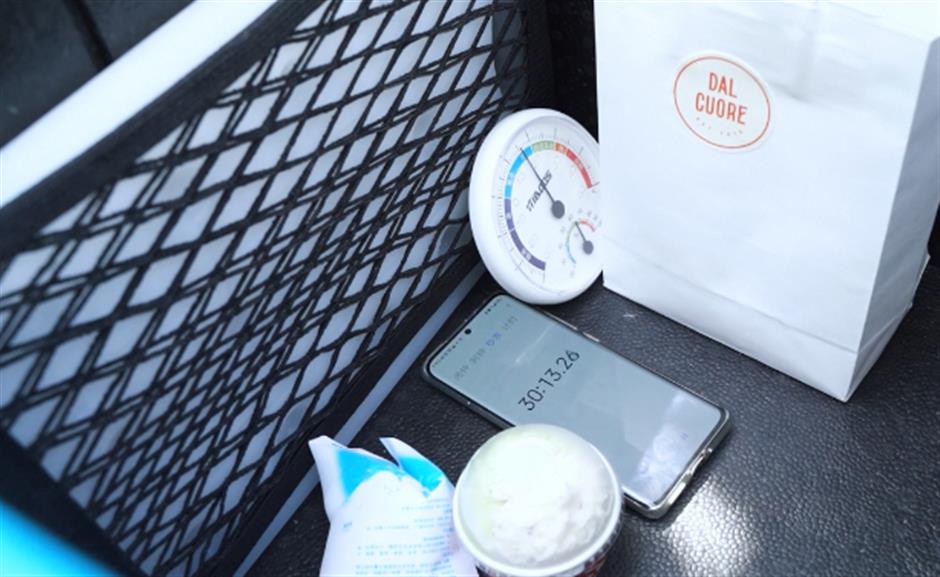 A lot of effort goes into keeping frozen food cold.