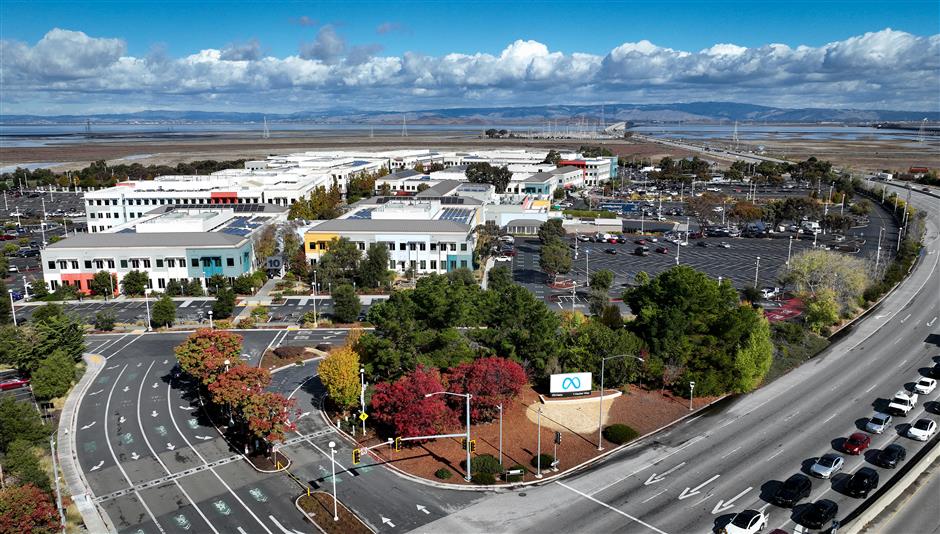 Meta Platforms Inc, the parent company of Facebook, said on Wednesday that it would lay off 13 percent of its staff, or more than 11,000 employees.

The mass layoffs result from a sharp reduction of the company's value amid a crumbling advertising market and decades-high inflation.

Laying off the staff is among a "number of steps" to "become a leaner and more efficient company," said Chief Executive Officer Mark Zuckerberg in a message to his employees.

Other efforts include reducing office space, lowering discretionary spending and extending a hiring freeze into the first quarter to cut expenses, according to the message posted on the company's website on Wednesday.

Meta, once valued at more than US$1 trillion, is now worth US$256 billion after losing more than 70 percent of its value this year alone.

The company's costs and expenses jumped 19 percent year on year in the third quarter to US$22.1 billion.

Zuckerberg explained in the message that Meta aggressively hired during the pandemic to meet a surge in social media usage and e-commerce. Still, online commerce has suffered this year and returned to the pre-pandemic levels, and advertisers and consumers have also reduced spending.

As a result, the company's revenue is "much lower than I'd expected," said Zuckerberg, "I got this wrong, and I take responsibility for that."

Meta's core advertisement business has been hit due to heightened competition from newer rivals like TikTok.

Meta's job cuts also come amid an uncertain and costly bet on "the metaverse." The term refers to a future version of the Internet accessed by virtual and augmented reality headsets.

The heavy investment in the metaverse has cost the company US$9.4 billion this year, and it anticipates that losses "will grow significantly year-over-year."

Like Meta, other big tech companies have also cut thousands of jobs, including Twitter, Microsoft and Snap.