Shanghai University of Finance and Economics celebrated the Spring Festival in advance. More than 150 students will remain on campus during the holiday, including international students from over 20 countries, such as Kazakstan, Mongolia, Indonesia and Venezuela. Performances, such as popular Chinese songs and dances, were staged while students had a Chinese New Year’s dinner with university president Jiang Chuanhai and other officials, who gave out “red envelopes” to students, a tradition in Spring Festival where elders extend love and best wishes to children. 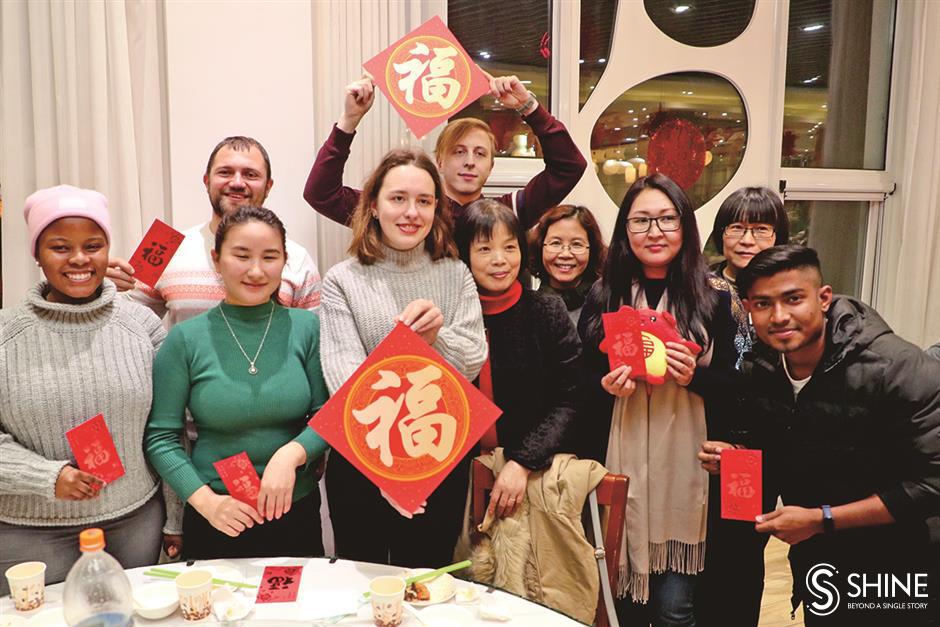 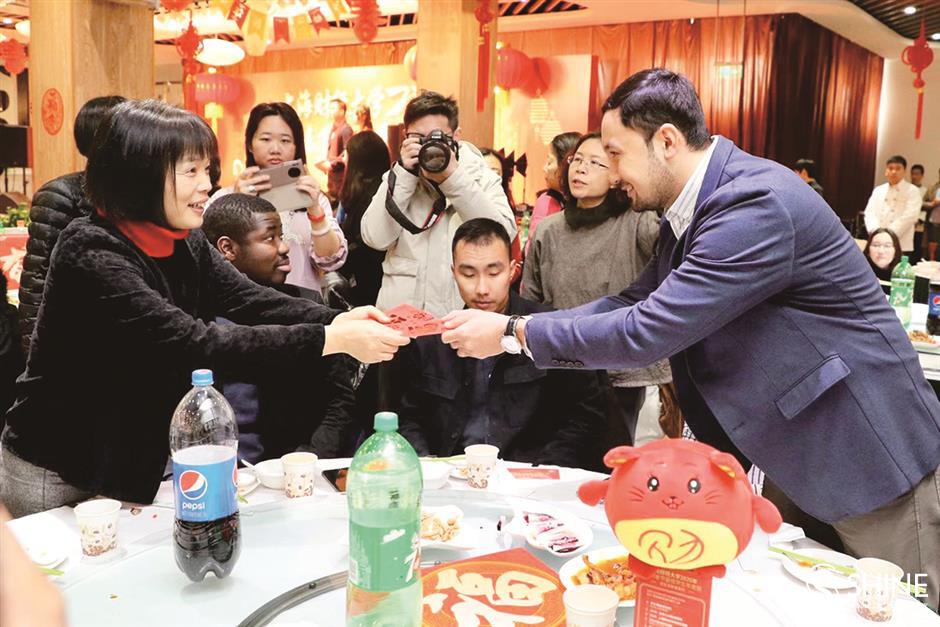 At the two campuses of East China Normal University, about 200 international students also had an early Spring Festival dinner. “Red envelopes” were given out in WeChat, a popular new way to send money among young people since the social platform first appeared. Students and teachers also played a traditional Chinese game, drum-and-pass, and the Western game Bingo to win prizes such as rat dolls as this year marks the Year of the Rat.

Similar activities were held in other universities in Shanghai. There are about 64,500 international students from 187 countries and regions studying in 45 universities in the city. About 75 percent of them are engaged in long-term educational programs. 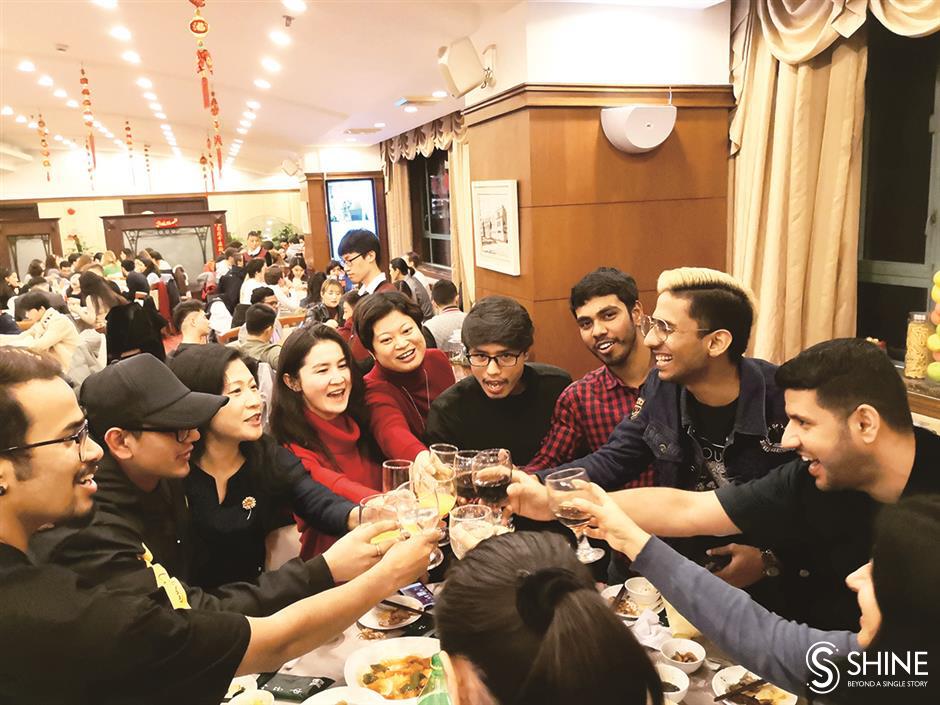 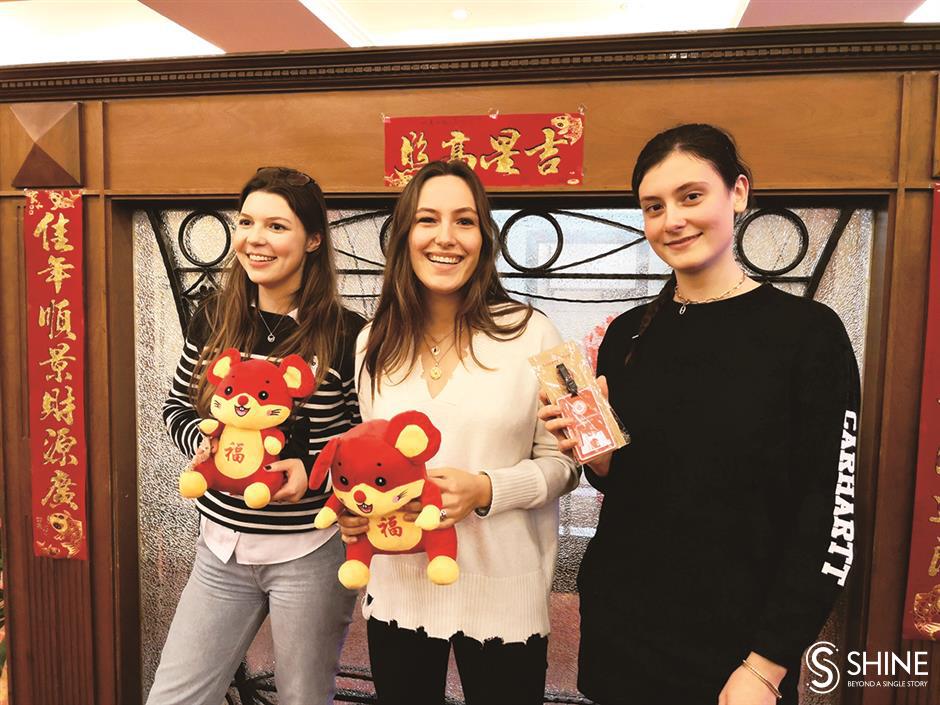