Navigating the real world through film and media

This is done through the exploration of a diversity of media and film texts across times, cultures and varying contexts. The courses help to develop students’ critical abilities as well as their appreciation of artistic, cultural, historical and global perspectives in media and film. It is of extreme importance for students to respect and appreciate diverse cultural contexts that exist in media and film texts, as it requires an open and critical mindset. These skills are essential to navigate and be successful in the current and future global environment. 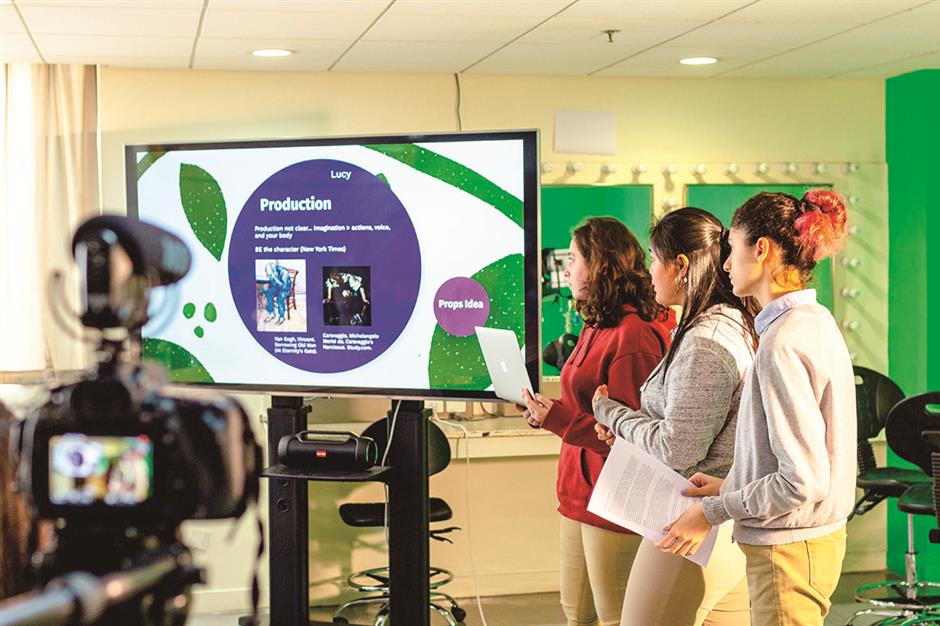 Students are taught to be digitally literate in both how to decode digital media texts and moving images as well as how to construct their own media and film texts with clearly communicated intended meanings. They are taught to be master communicators in the media-rich world of social media, visual communication and rapid-fire information-saturated environment. These skills are needed for our students who are our world’s future entrepreneurs, policy-makers, leaders, scientists and engineers, as well as our students who are interested in pursuing arts and communication studies. We study semiotics, narratology and theories of film and media. We teach students how to be creative, we teach them the formula and techniques used by practitioners to harness and develop their creative ideas.

The practical components include the art and science behind cinematography including both the technical and aesthetic aspects of light and composition. The students learn about photographic techniques as well as the practical application of sound design and recording techniques. Students also learn to use digital video editing, desktop publishing, animation and digital audio software applications. These are the tools they use to produce their authentic learning products thereby contributing to the creation of new knowledge and original film and media texts.

For many of our students, film and media become an obsession as they are so connected to their worlds and futures. Whether they plan to be a doctor, lawyer, politician, educator or filmmaker, they understand that film and media are the most powerful mediums for communicating their ideas, spreading their messages and making positive contributions to the world. As it becomes an obsession, it is awe-inspiring to witness the dedication, effort, ideas and passions the students create and communicate while they study film and media.

(The article is contributed by Greg Read, a film and media teacher at SCIS Hongqiao.)