The Global Search for Education: Roadtrippers Inspire Individuals To Discover Their Own Paths

“There are other people whose roads have been full of obstacles and they needed to reroute their path much later on in life.” – Michael Marriner

The fear of robots taking our jobs away is something we see all across our nation. Many experts predict that a traditional education will be the biggest factor in whether people have the competencies to flourish in a rapidly changing world. But, are there other roads people should consider when choosing a career or exploring what’s possible when they follow their interests?

Michael Marriner is the co-founder of Roadtrip Nation. After graduating from Harvard Business School, he sought to explore this question. He and a group of friends took an old green RV across America to learn how people got to where they are. He was featured in Forbes Magazine and released a book, Roadtrip Nation: A Guide to Discovering Your Road in Life. Fifteen years later, this has become an organization dedicated to helping people find career and life fulfillment. A fleet of RVs now carry the team to talk to everyone from Supreme Court justices to lobstermen to try and figure out how to build a career around a person’s unique combination of interests.

Marriner’s documentary, Rerouting, tells the story of three people, Dana, Jeremy, and Bernita. Dana has been farming all of her life and is looking to find a new career path. Jeremy is a veteran who is looking to start a company but has struggled due to a lack of coding skills. Bernita is a 48-year-old mother of two who feels disadvantaged due to her lack of a degree.

The Global Search for Education welcomed Michael Marriner, the co-founder of Roadtrip Nation to learn more. 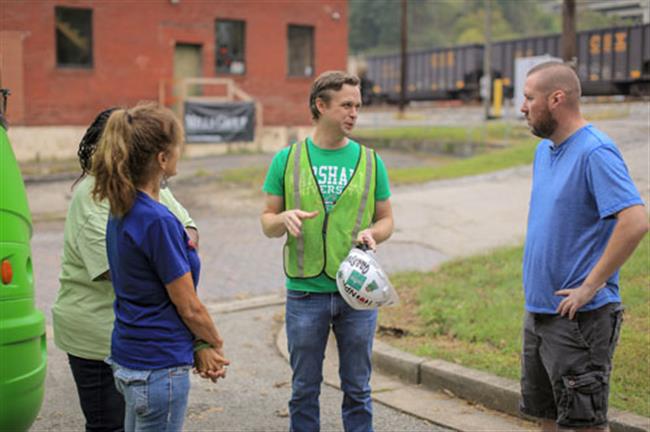 “Machines can only change if we program them to, but you have direct agency over your life and we so often forget that.” – Michael Marriner

What inspired you to make “Rerouting”? Is there a personal story behind it?

When Brian, Nate, and I started all this, we were young guys feeling restless about following the path we felt we were “supposed” to be on. As the years have gone by, we’ve realized that’s only one type of story Roadtrip Nation can tell. There are other people whose roads have been full of obstacles and they needed to reroute their path much later on in life. That was a huge point of inspiration for making a film like “Rerouting.”

Was there something unforgettable during the shooting of the documentary that you could share with us?

The scene that sticks with me the most is when Bernita does her spoken word performance at the end of the documentary. She’s such a compelling person. It was incredible to see her take her strength and vulnerability and weave it into something so poetic and beautiful. 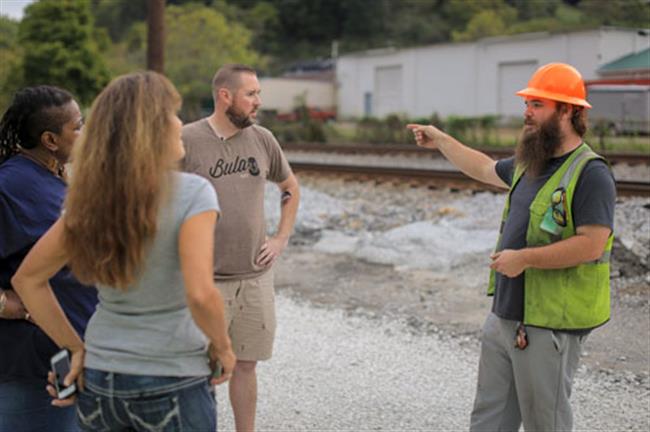 “If you never stop being curious about the world and your place in it and you maintain faith that you’ll be able to keep yourself afloat, automation is just one more challenge to be understood and overcome.” – Michael Marriner

Out of millions of Americans, what makes Dana, Jeremy, and Bernita so special that they are able to represent the values you want to present to the audience?

The challenge with every road trip is selecting people who we see as both highly individual and representative of a diverse and multifaceted audience of viewers. The three of them each have very unique stories, but that doesn’t mean their stories aren’t relatable. Even if you’re not in quite the same circumstances as they are, they all took the chance to redefine their lives as the world and the workforce were redefining themselves around them. We hope that’s something everyone can be inspired by.

What do you believe are the skills we should be focused on in the age of automation? If you had to pick one skill (above all the rest) that you think is the most important, what would it be?

The main answers I’ve seen to this question usually revolve around gaining STEM skills, learning to code, that sort of thing. I think those are pragmatic ideas, but they can definitely feel stifling too. What if those skills aren’t in your wheelhouse or you’re just not interested in acquiring them? So I’d say the most important skill would be maintaining a sense of resourcefulness and curiosity. Machines can only change if we program them to, but you have direct agency over your life and we so often forget that. If you never stop being curious about the world and your place in it and you maintain faith that you’ll be able to keep yourself afloat, automation is just one more challenge to be understood and overcome. 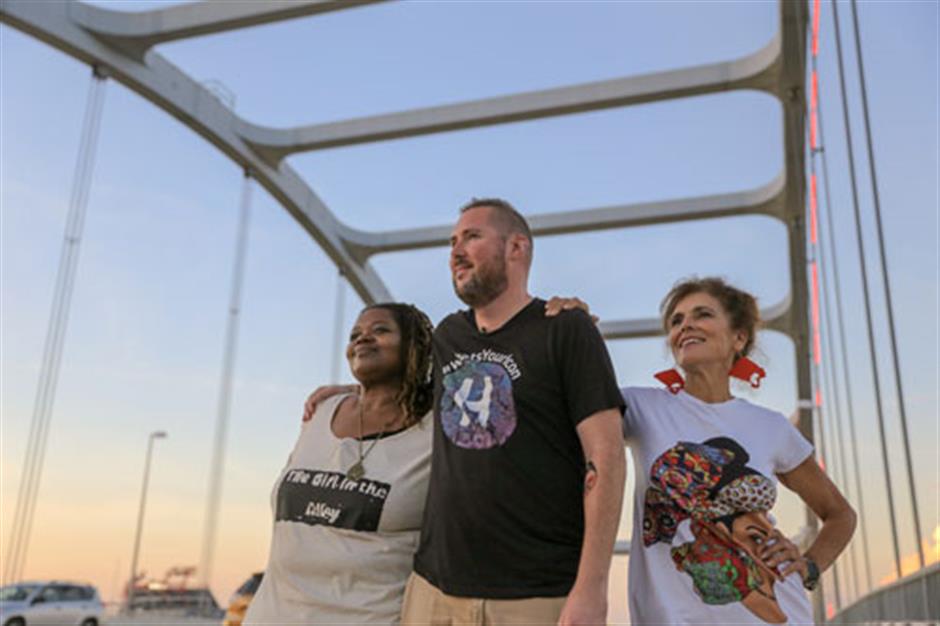 “The main takeaways, I’d say, are that resilience, community, and resourcefulness go a long way, and hope goes even further.” – Michael Marriner

What do you want people to take away from your program?

We want to empower people to seek out their own roads in life and that includes bringing to light awareness of the new training and educational pathways preparing adult learners to thrive in the changing world of work and advance in the face of economic change.

What do you want to say to the audience who are considering changing their career paths yet lack resources to pursue their dreams? What are the main takeaways?

We hope “Rerouting” is an inspiration for them. A huge part of each roadtripper’s story is that roadblocks and obstacles have cropped up and probably will continue to crop up at every turn. The main takeaways, I’d say, are that resilience, community, and resourcefulness go a long way, and hope goes even further.

Special Reports
ADVERTISEMENT
61815
,
Grounded! International students face hard choices after US policy change
Education focuses on children's creativity
The Global Search For Education: A Conversation with Locarno's Artistic Director Lili Hinstin
The Global Search for Education: Mariette Rissenbeek and Carlo Chatrian on Why Film and Art Are Indispensable for Humanity
Opportunity knocks for students in Shanghai
Welcome back to have an incredible start, SCIS Dragons!
Concordia seniors give high school insights
Learning is a journey, not a destination
Salute to NYU Shanghai's first chancellor Yu Lizhong
A week into language and identity at SCIS
EXPLORE SHINE