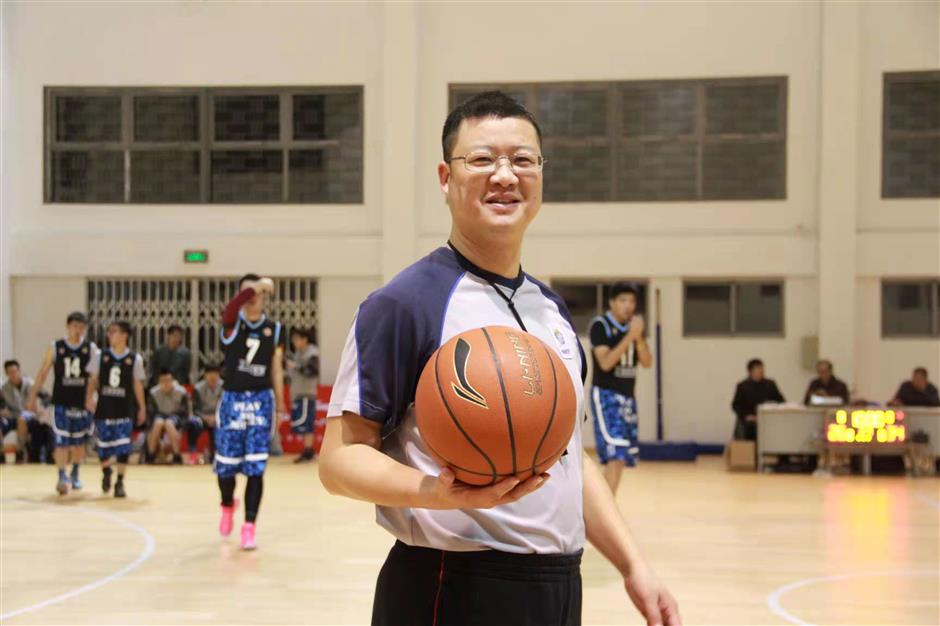 Chen Feng, a physical education teacher and basketball coach at Shanghai Pudong Foreign Affairs Service School, never thought that the team formed by him in 2008 would become one of the top Shanghai high school teams.

"Many students told me that they applied to the school not for its specialty, but just to be on the basketball team," Chen said.

Chen used to be the basketball coach at the Luwan Bile School in Huangpu District for about seven years before he joined the Pudong Foreign Affairs Service School in 2008.

He devotes himself to teaching his students via the PE course and team training.

His core belief of teaching is to cultivate a student firstly to be decent and polite.

"The most cohesive thing that I want children in my team to know are the values of teamwork and sportsmanship," Chen said. "If you want to play well on my team, you have to be a person with good behavior and attitude first." 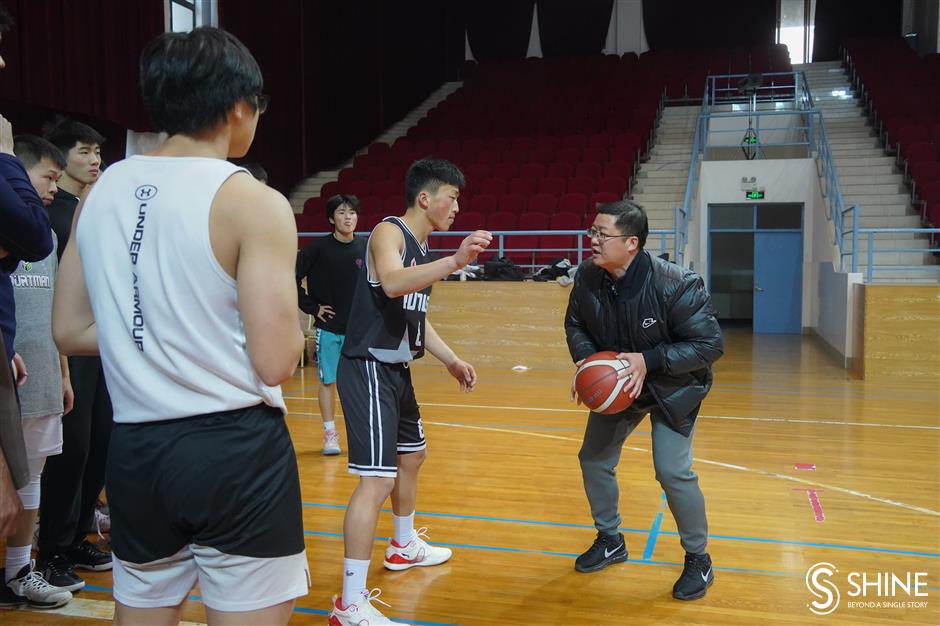 Chen Feng demonstrates how to break through defense to shoot.

"I knew about the team when I was in middle school," said Xu Ruijie, one of the team members. "Before registration I had heard a lot about the school's basketball team as well as Coach Chen.

"I think playing basketball will be my lifelong hobby as it has taught me a lot about team work and persistence."

Chen set up his own training method.

"There are about 40 members in our team," Chen said. "It is divided into three echelons, and each one is assigned with different tasks."

After the players finishing basic skill training in the first echelon, they can enroll in the advanced one for practice, and then the top one, in which they will represent the school for city-level competitions. 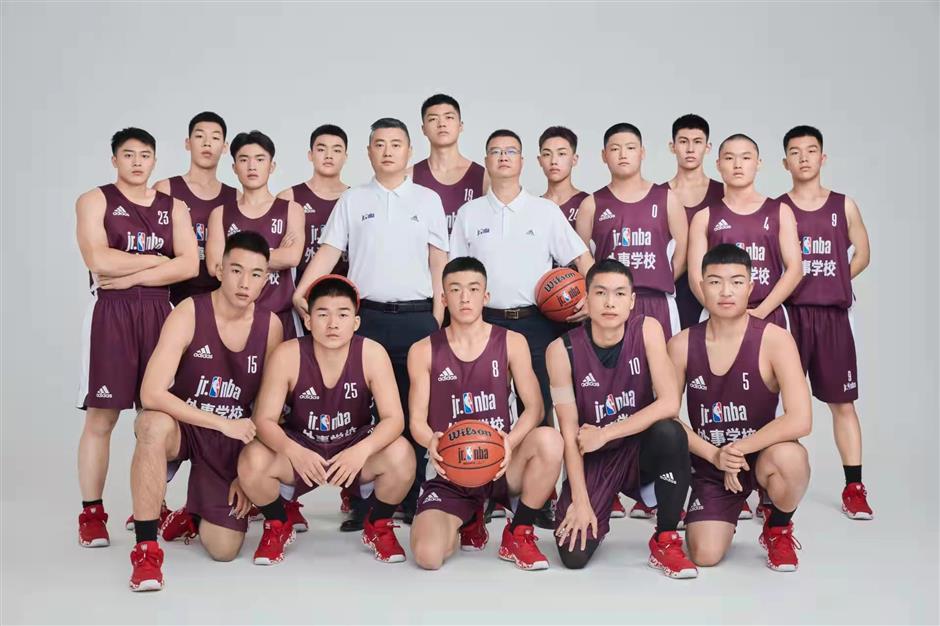 Chen Feng (in white with glasses) and his basketball team 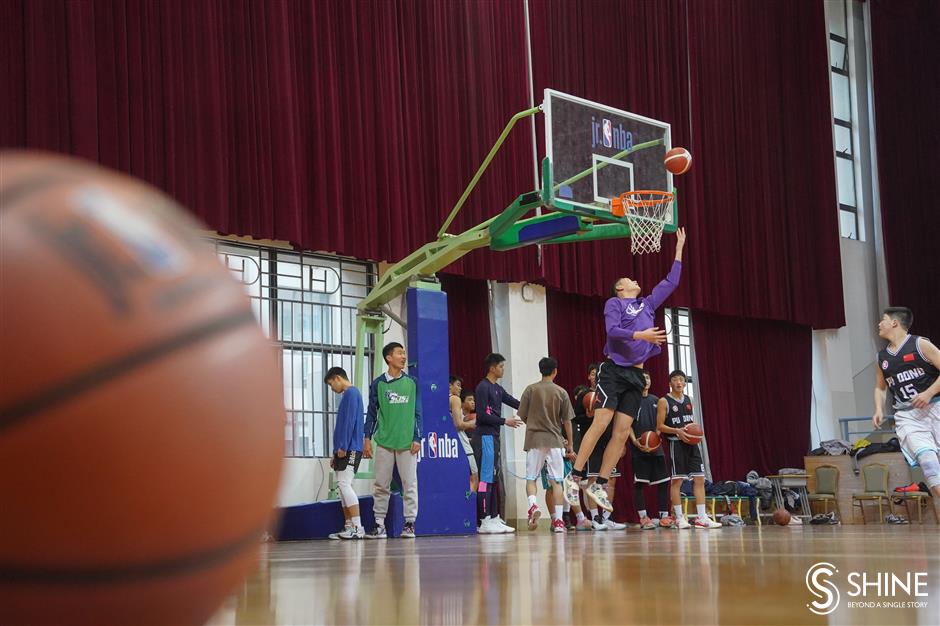 Training at the school's stadium

Players in Chen's team, which is the champion of the city's high school basketball competition, not only see him as a coach, but consider him a family member.

"Good education is based on what kind of way you treat your students and how you are in their eyes," Chen said.

He always looks for students who are skilled in basketball in the city's middle schools.

"Coach Chen found me when I was in middle school," said Ma Jingtao, 17, majoring in air travel service. He joined the team as soon as he registered in the school.

"He taught me a lot, and the most important is to be calm during the competition," Ma said. "In the future I may do something related to basketball because I like it so much."

Students in the team are also impressed by Chen's positive attitude and warm heart.

"He always brings us things such as shoes and clothes," Ma added. 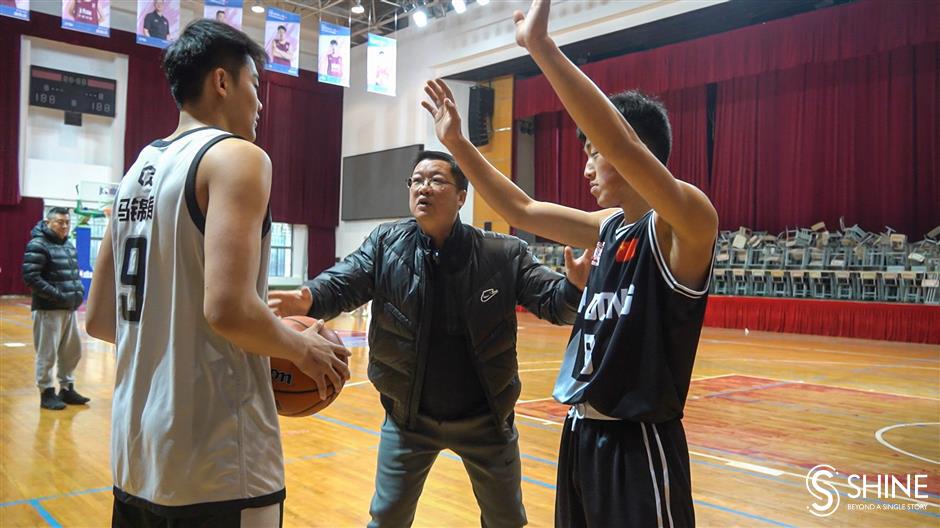 Chen is also concerned about the future development of the players in his team, so he has very strict academic requirements.

Meeting the academic standards is the threshold for players to participate in training.

"I always check with their class teachers about their studies," Chen said. "If someone doesn't do well on their academic course, I will suspend the basketball training, which is the most severe punishment."

The success of the team also depends on the support from school.

The school is a comprehensive secondary vocational school, targeting students interested in vocational plans, such as tourism, finance, computer and air travel service.

"On one hand, training them with skills for working is vital," said Lu Xudong, headmaster of the school. "On the other hand, cultivating them to grow up well both mentally and physically is equally important."

The school has provided the team with sufficient funds for purchasing necessaries, a professional indoor stadium as well as training facilities.

With Shanghai pushing the "double reduction" policy, which was introduced by the education ministry last year to ease students' academic burden, the school has developed many after-school activities, such as music and dance, in addition to basketball.

"The basketball team now has become our name card," Lu said. "In the future, we want to attract more talented students to join us." 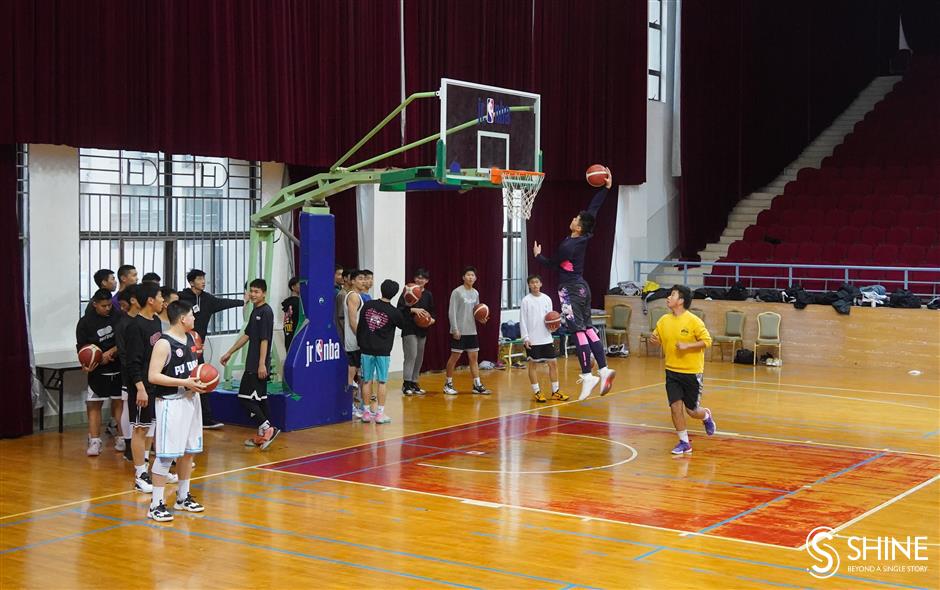 Students in a training session at the school's stadium 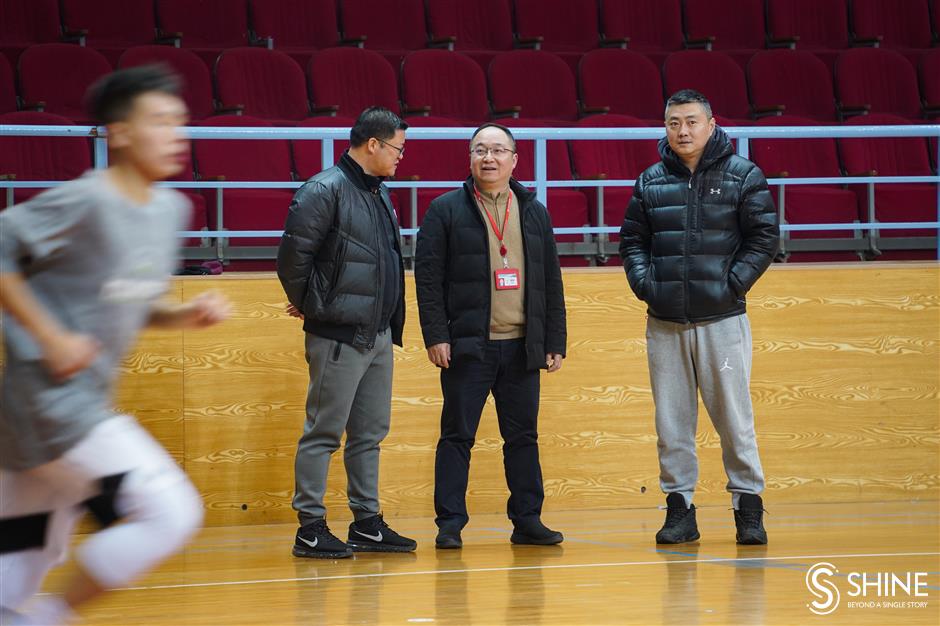