Musician bridging a gap through jazz 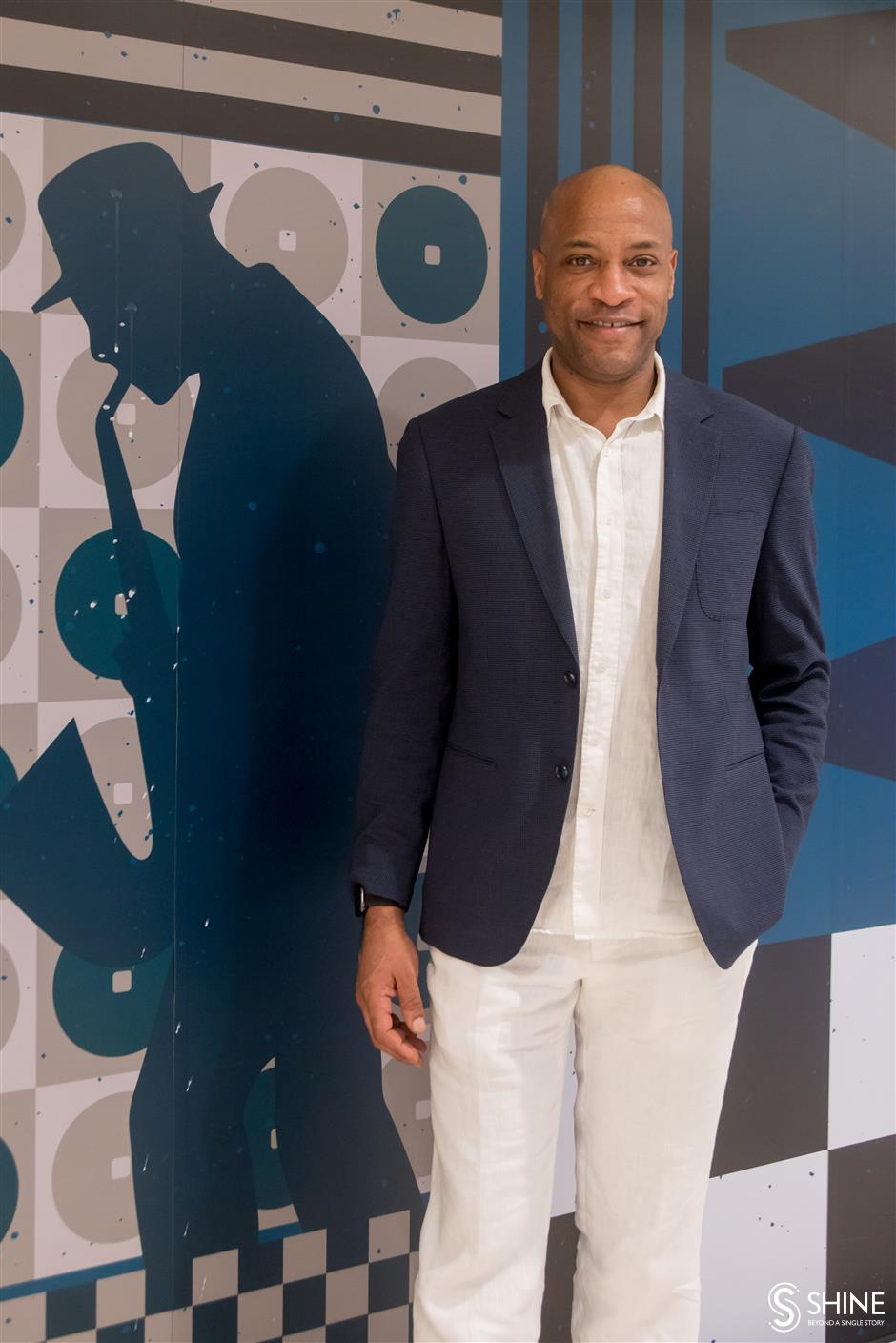 American jazz musician Walter Blanding is extending his stay with the Shanghai club for another year, trying to promote cultural exchange.

When American jazz musician Walter Blanding arrived in Shanghai 10 months ago, he didn’t know what to expect.

The 48-year-old was unsure whether he would be performing with erhu and pipa players. And neither did he think he would be inundated with hundreds of WeChat messages every day, nor taking Chinese language classes and extending another year of stay in the city.

This is not the musician’s first trip to the metropolis, that came in 1991. Blanding followed that with three more shorter visits before his latest jaunt.

In the last 10 months, the Cleveland, Ohio-born musician has developed an understanding of the city and its culture, and wants to use jazz to create a bridge through music.

“We are trying to promote a cultural exchange,” Blanding told Shanghai Daily. “Jazz music is a living and growing thing. It is based on improvisation and always lends itself to adapting to the environment and time that is current.”

“Through using this music, we are able to understand some of the beautiful things about the differences between the Eastern and Western hemispheres, as well as the things that we have in common.” 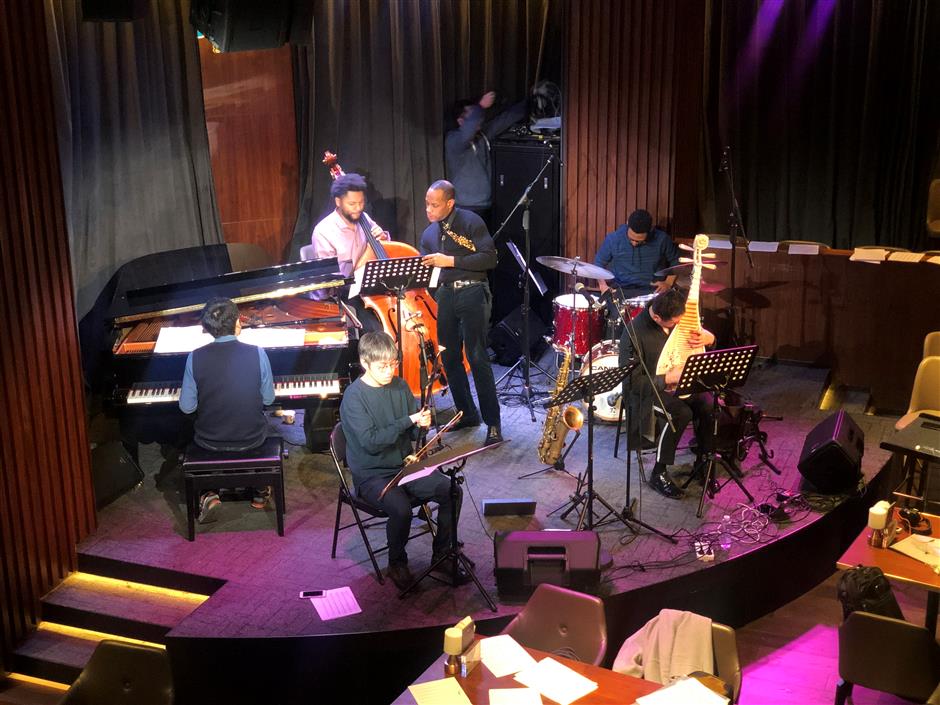 The American says he is not only in Shanghai to share Western culture with local audiences, but to “create a bridge of understanding.”

“These are the things that help us to understand each other better and help to make the world a better place,” he added.

The musician has been taking Chinese lessons and started to feel at home in the city. At a performance in March, he fused jazz with traditional Chinese sounds, in what he called “a modern version” of what Buck Clayton did when experimenting with Chinese composer Li Jinhui 90 years ago.

The trumpet player played in various cabarets and clubs in the 1930s Shanghai, a time period many refer to as the golden age of jazz in the city, long before he joined Count Basie Orchestra.

It was a time when the entire city was swinging to jazz rhythms every night. Radios, record companies and cabarets were open, first by Westerners while local Chinese gradually learned and adapted to it. Many foreign bands and musicians performed around the city, and the music was signified with Chinese folk elements into a style called shidaiqu, the forerunner of Mandopop.

The distinct cultures influenced each other and were fused in the city and spread across the country, like many other Western styles and goods. Shanghai has since been a bridge where East meets West and jazz remains a music force drawing crowds, despite setbacks at times.

“In China, Shanghai was the originating place of jazz. It has been 100 years since the first jazz band played in 1919. The genre has had a resurgence since the 1980s and is getting increasingly more popular now,” said Jacqueline Ding, general manger of Jazz at Lincoln Center Shanghai.

“The audiences in Shanghai are also relatively younger, with many students from music conservatories and young musicians who are also attracted to jazz.”

The lasting popularity of the music genre led to the establishment of the Jazz at Lincoln Center Shanghai in 2017.

Many are surprised, when they spot the logo near the Bund, at how similar the club is to the one in New York, even more so when they discover the pictures and posters of the musicians who have performed here. They include multi-Grammy winners like the legendary Wynton Marsalis to upcoming stars like 28-year-old Grammy nominee Jazzmeia Horn.

“We first collaborated with Wynton Marsalis back in summer of 2013, when we invited musicians from the Jazz at Lincoln Center to perform at a summer music festival we organized at the Bund,” Ding said.

“The feedback was so great. Audiences just loved them, and that’s when we started thinking about setting up a club in Shanghai to bring top jazz musicians to attract more audiences here, to promote the music and culture in the city and hopefully later around China.” 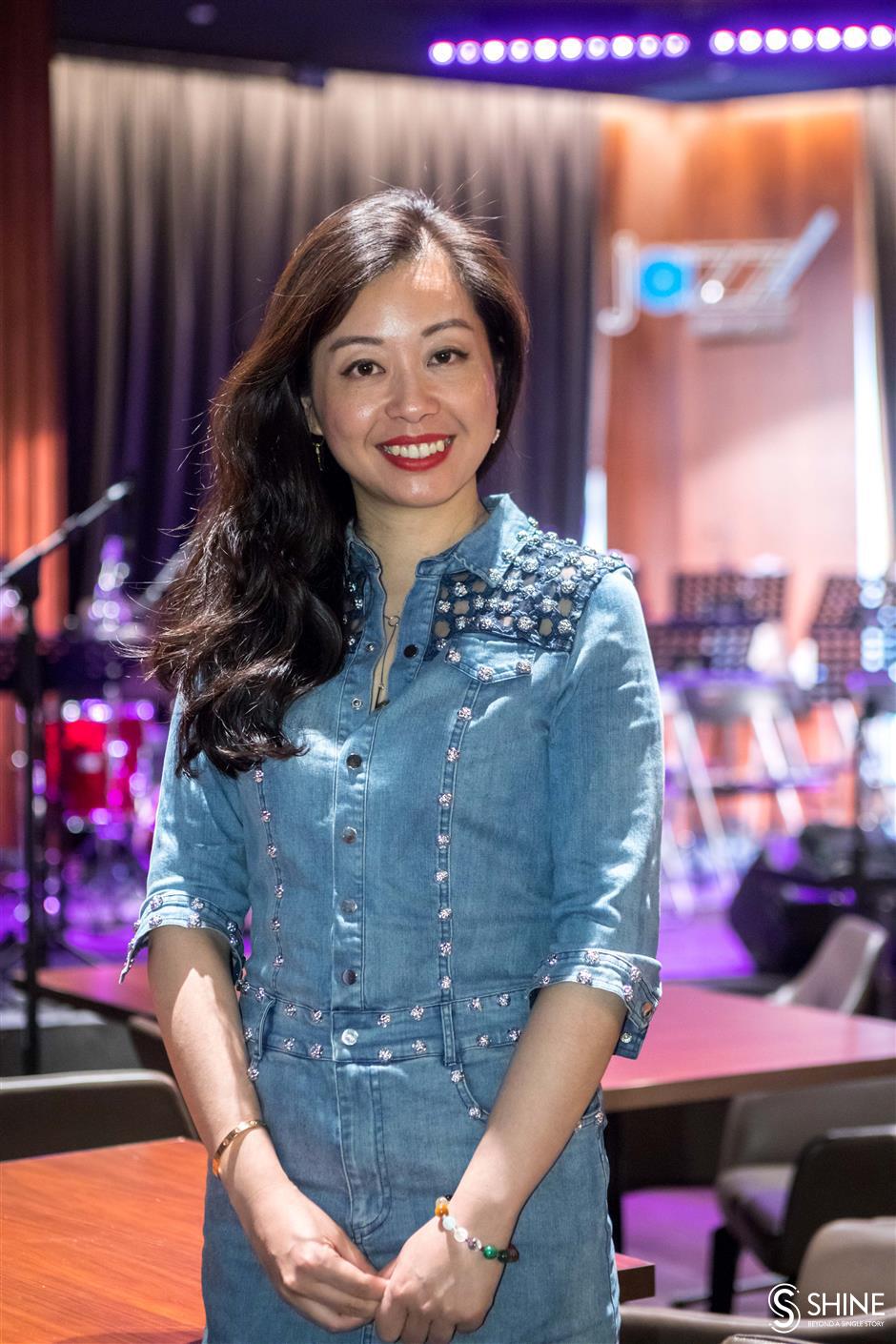 The Shanghai club curates its program with the New York club, inviting a group of musicians who have performed there to the city every two or three weeks, taking into considerations of local tastes.

“For example, pure instrumental music is probably not enough for local audiences, as taste and appreciation for jazz is still developing here, which is why we need someone like Walter, a top performer and educator, to help further promoting the genre,” Ding said.

“He has become friends with so many of our audience.”

Blanding has found that Chinese audiences are unaccustomed to clapping during solo sessions, worrying it might be impolite.

“In jazz, when people take solos, the improvise sessions of the song, we applaud during the session, as opposed to waiting till the end of the song,” he said, hoping Shanghai audiences will start to embrace this idea of clapping.

Having extended his “ambassadorship,” the musician plans to help develop a more effective educational outreach program for the club.

“So many great young musicians here can play and are interested in sharing the music. It is our responsibility to help them play better and be part of the jazz community in Shanghai,” he said.