Titled “NOWNESS Experiments: The Mesh,” a moving image exhibition, currently being showcased at the chi K11 art museum through December 12, is proving to be a bit of a conundrum for its visitors.

The exhibit aims to explore a plethora of enmeshed conditions — between media and nature, humans and other life-forms, systems and networks — that define our current epoch.

The “NOWNESS” experiments with two solo projects — a special presentation of “The Night Journey,” a collaboration between video art pioneer Bill Viola and the USC Game Innovation Lab, and a 180 degrees multimedia work “In the Eyes of the Animal,” by London-based collective Marshmallow Laser Feast.

The “Animal” was filmed using drones, and is set to a binaural soundtrack using audio recordings sourced from the surrounding woodlands.

Both works are presented alongside the D.E.E.P. (Disaster of Extra Epic Proportions) in “The Mesh,” a moving-image installation exhibition, curated by Alvin Li.

“The Mesh” features new and recent works in the expanded field of moving image-based art to further delve into contemporary conditions of precarity, interconnectedness and strange intimacies. It attempts to stretch the discursive framework of an exhibition into its ecological entanglement.

Shanghai Daily recently caught up with Nicholas Mangan during the exhibition.

Born in 1979, Mangan now lives and works in Melbourne where he is a senior lecturer at Monash University.

Mangan revealed that the two screens in his work, one features a tree ring and the other a rolling coin, might puzzle many on first sight. But that is understandable because he has layered so many profound meanings behind these two images.

His “Ancient Lights (Brilliant Errors) Solar Cell #1” explores the energy-giving properties of the Sun along with its cultural, economic and political implications.

One side of the two-screen projection comprises a montage of different filmic and imagistic sources related to the Sun: Footage of the Gemasolar plant near Seville, Spain; images of growth rings from the University of Arizona’s Laboratory of Tree Ring Research in Tucson, which are used to analyze sunspot activity throughout history; and a chart with which Russian biophysicist Alexander Tchijevsky (1897-1964) attempted to correlate 11-year cycles of sunspot activity with human behavior, such as revolutionary activities.

On the other side, a Mexican 10-peso coin bearing the image of the Aztec Sun god Tonatiuh spins endlessly on its axis, setting a cyclical rhythm for the work as a whole.

The artist revealed the work provides a visual model of an omnipresent solar power setting matter in motion, and examines the relationship between the Sun’s perpetual movement and entropy.

When first exhibited in London, the two digital film projectors were powered by solar panels installed on the roof of the exhibition building. Because of the underground space at chi K11 art museum, a solar panel UV-printed with one of Tchijevsky’s charts hangs close to the videos.

The 40-year-old admitted that most of his work takes a long time because of the survey on the subject itself — finding all related materials is difficult for him as science or ecological subjects are not familiar subjects. But the artist walks a fine line between science and art, combining them in harmony.

Q: Why does energy as a subject always attract you?

A: Energy is a force that humans are constantly attempting to harness as we have seen through the industrial revolution and late-stage capitalism which has come at a cost to our planet.

Also though we need to use the Earth’s resources to produce energy and we neglect the detrimental effects of our actions. Many of my works have explored renewable sources of energy supply as a way to think through more sustainable approaches to harnessing energy.

Q: What does it take to realize a piece of work?

A: The work takes a long time to develop, in terms of both the conceptual and material research development. I do a lot of reading and material exploration and have conversations with various people who are involved in the subject matter I am exploring.

These conversations take a long time to develop and learning how to work with new materials and systems also takes time.

Q: What kind of questions do you want to evoke from viewers and do you have your own answer to them?

A: My work is driven by a desire to understand the world through asking questions. Each project is an opportunity to learn new things.

I hope that my work opens up a space for questioning in the viewer. I don’t wish to give the viewers a specific answer. But hope that it provides them a space to question their existing understandings.

Q: If you had a second chance, would you like to be an artist or scientist?

A: Although my work deals with scientific issues my approach is more poetic and open-ended.

Q: What’s your next project and what is it about?

A: I have been looking at the behavioral patterns of termites as social insects and how we might as humans look to nature for ways to better regulate ourselves within the environment. 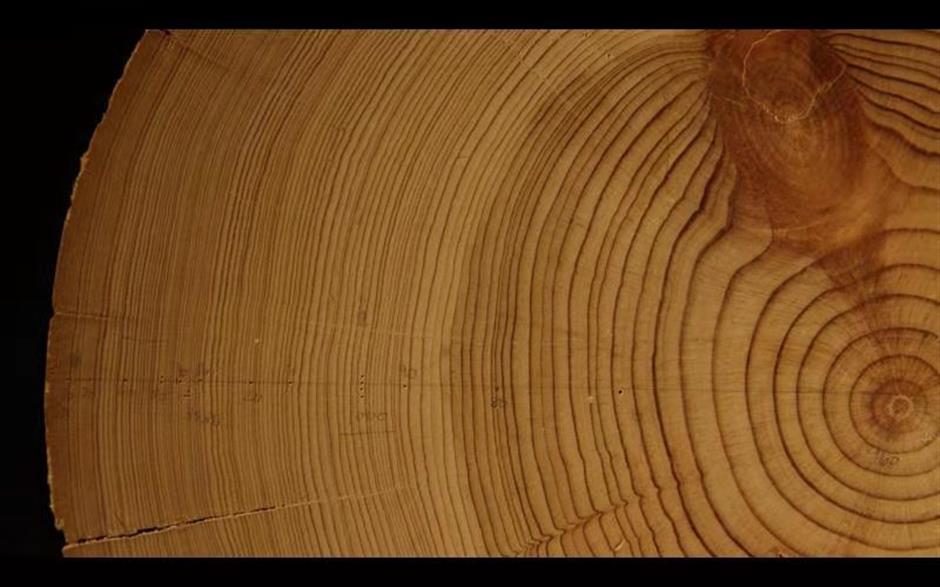