The newest addition to the Han Meilin Gallery was officially opened to visitors on December 22. During the opening ceremony, 84-year-old Han donated more than 500 of his works to the Hangzhou government.

The donations include paintings, porcelain wares and folk artworks. They are now on view at the gallery, which is located inside the Hangzhou Botanical Garden.

“My wife comes from Hangzhou. It is my responsibility to give my newest, best works to the city in gratitude for the Hangzhou government’s long-time support,” Han said.

More than 500 of Han Meilin’s works including paintings, porcelain and folk artworks are now on view at the Han Meilin Gallery inside the Hangzhou Botanical Garden.

Han was the first Chinese artist to receive the “Peace Artist” title from UNESCO. He is a prolific artist, known for his ink-wash paintings, sculptures, porcelains and calligraphy. He also designed the Fuwa, the mascot of the 2008 Beijing Olympic Games.

In 2005, Han contributed 1,000 of his works to Hangzhou. The gallery which bears his name was erected that same year. In 2011, the second phase of the gallery was completed, along with an additional 500 works from the artist. 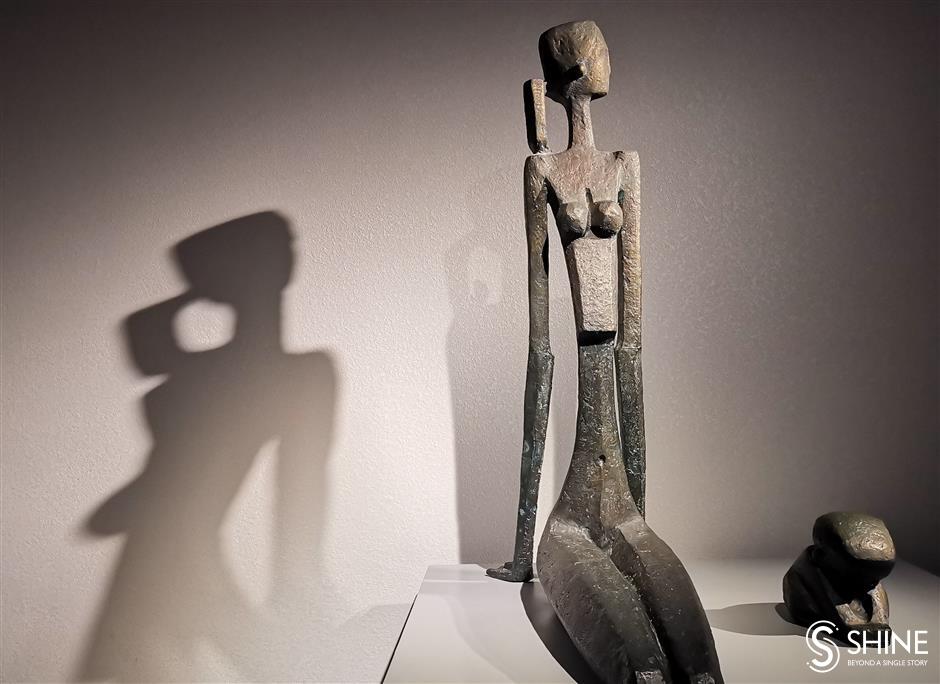 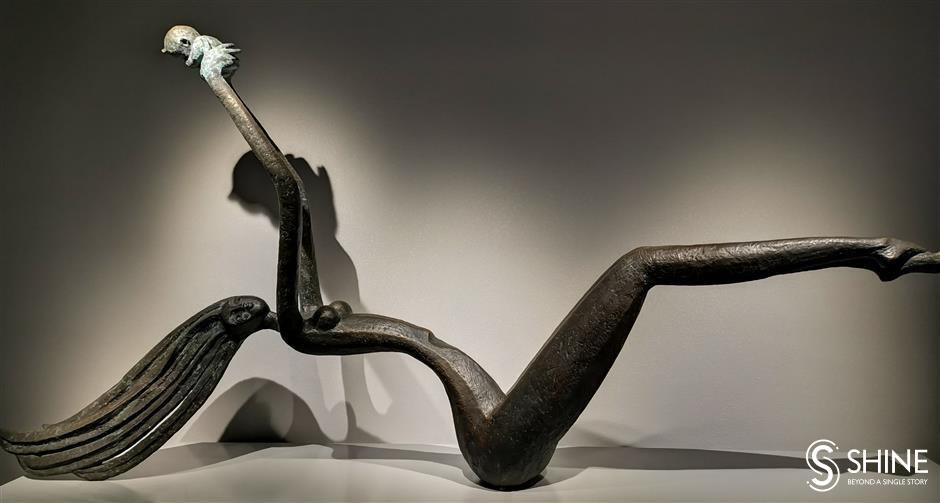 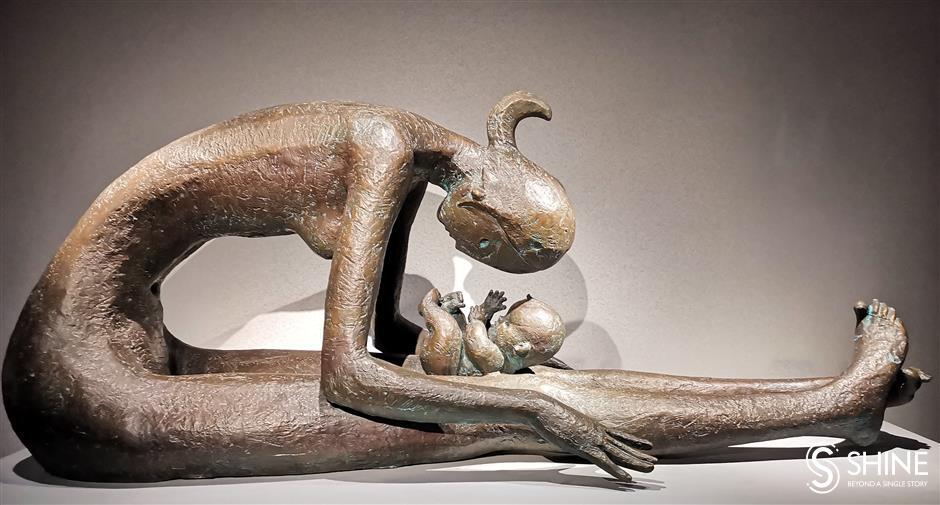 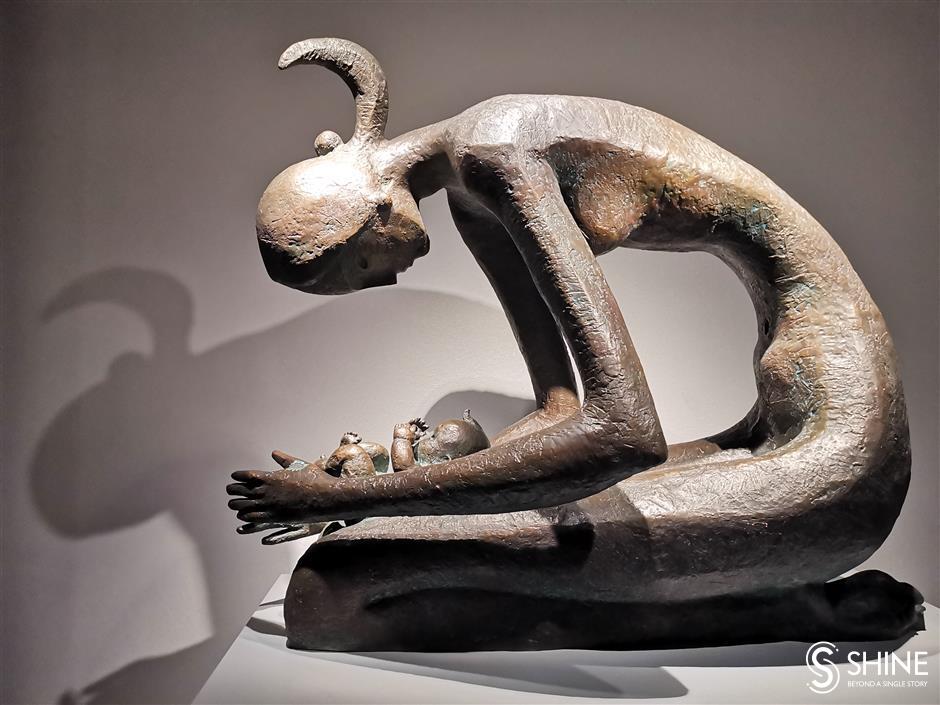 A series of sculptures featuring mothers and children

When stepping into the sculpture pavilion, visitors encounter rustic and primitive artworks which recall the ancient past. These include sculptures with big round eyes, such as those often appearing on bronze vessels during the Shang (16th century-11th century BC) and Zhou (11th century-221 BC) dynasties. There are also modernist metal sculptures of mythical creatures.

Buddhism is another common theme of Han’s sculpture. His Buddhist works are large, majestic and awe-inspiring.

He also has a series of sculptures featuring mothers and children. Han uses simple and smooth lines to represent bodily forms and maternal love. 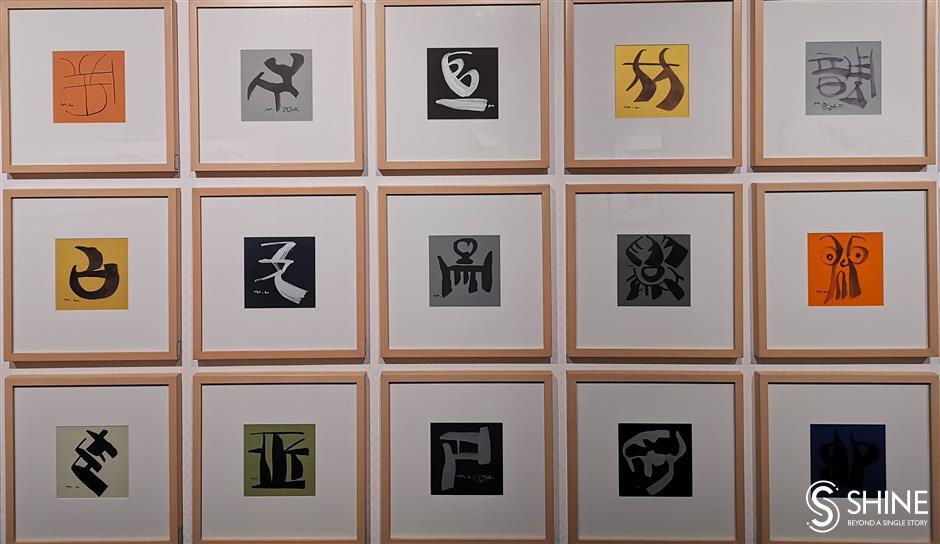 A painting inspired by hieroglypihic

The painting section contains many of Han’s works in the style of traditional Chinese ink-wash painting. His horse-themed works illustrate the broad possibilities of simple ink-wash. One such horse is vividly captured with only 10 brushstrokes.

Han’s painting style also incorporates calligraphy techniques. He used this style to create a series of commercial designs, including a recent series of Chinese zodiac-inspired stamps for China Post.

In 2017, the Year of the Rooster, Han designed zodiac stamps featuring a proud rooster and a hen looking after her two chicks.

The porcelain section shows another side of Han’s versatility. Han’s ceramics bear a watercolor painting style, with a glaze that looks like ink fading into water. 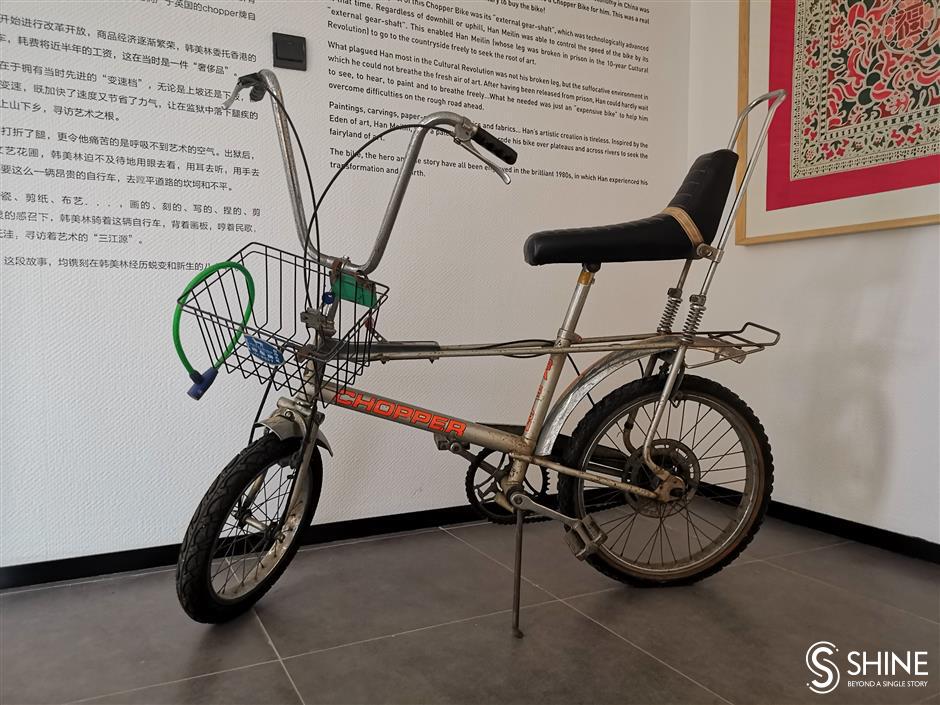 In the 1980s, Han Meilin spent six months of his income on this bicycle and rode it across hamlets seeking folk craftsmen.

To draw experience from folk art and rejuvenate crafts from across the country, Han started traveling across China in the 1970s. Through his journey, he encountered traditional practices of paper-cutting, wooden sculpture, indigo dyeing and cloth art.

The gallery displays the bicycle which carried Han during his artistic wandering. In the 1980s, he spent six month of his income to purchase the bicycle, which he rode to meet folk craftsmen.

Date: All year, closed on Mondays

Admission: 10 yuan (US$1.4) for Hangzhou Botanical Garden. The gallery is free.