Independent documentary filmmaker Jiang Nengjie turned his lens on his own hometown in Hunan Province to record a heart-rending story about the plight of coal workers in illegal mines. It’s entitled “Miners, the Horsekeeper and Pneumoconiosis.”

The horsekeeper in the film is Jiang’s own father Jiang Meilin, and the dying miner Zhao Pinfeng who is a central character in the film is a fellow villager. Pneumoconiosis in coal miners is more commonly called black lung disease.

Jiang, 35, released the 83-minute work free online, and it has become an instant hit among those who prize documentary films. 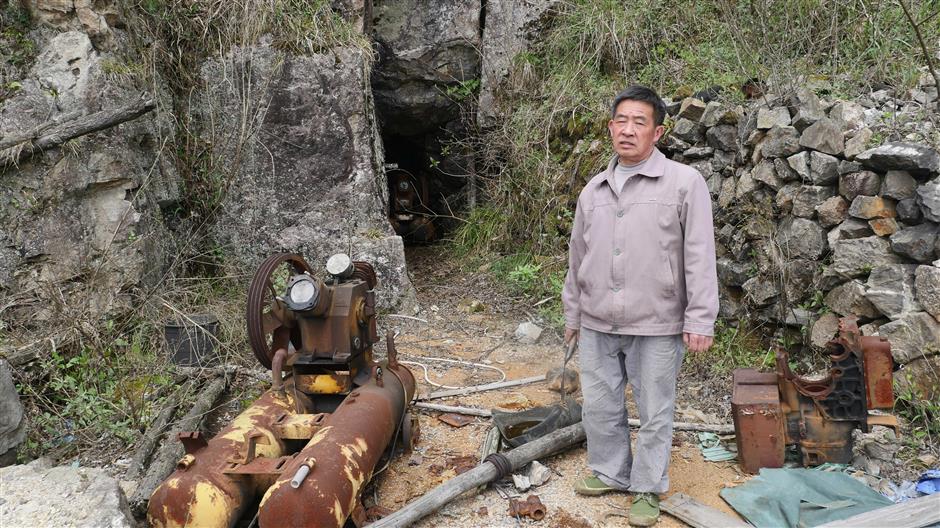 Jiang Nengjie’s own father Jiang Meilin is the horsekeeper in the documentary.

Jiang admitted to surprise about the reaction the film has generated.

“The attention and viewership the film has received in the past month exceed anything I ever experienced before in my career,” Jiang told Shanghai Daily.

“It’s a film of public interest, and it becomes meaningful only when it gets spread and viewed. Considering that it won’t reach cinemas, I decided to air it for free.”

Independent documentary making in China is a relatively small industry, compared with commercial documentaries. It focuses on less-followed themes and has limited distribution channels.

Jiang’s film began to draw attention in late March, after he contacted a few documentary fans with links to his film via a file-sharing site. The fans added the film to their want-to-watch list on Douban.com, which could be tracked by Jiang. Several “celebrity” users on Weibo also promoted the film.

“I encouraged viewers to share it with others,” he said. “I want to focus attention on the plight of miners who suffer poverty after losing their ability to work because of an occupational disease.” 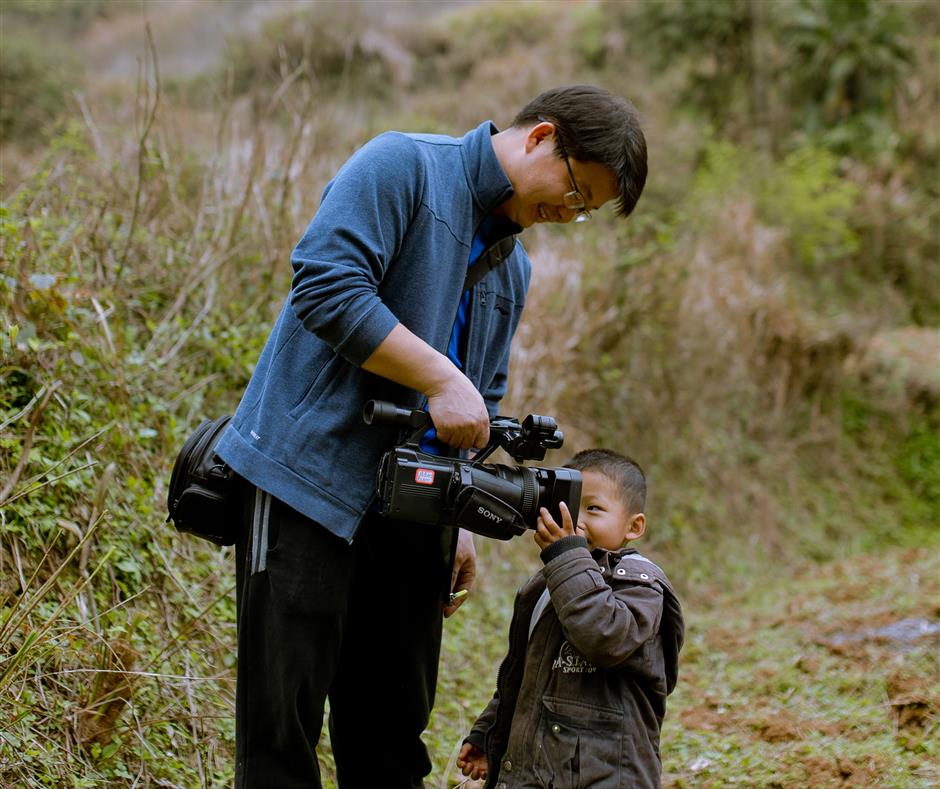 A little boy in his hometown in Hunan Province is fascinated by Jiang Nengjie’s video camera.

Black lung disease is caused by long-term exposure to coal dust. It progressively builds up in the lungs, leading to fibrosis and often death.

As of this week, 72,000 Douban users have added the film to their want-to-watch lists, and some 19,000 have already watched it. The film has received an average rating of 8.5 in the site’s 10-point system.

“I give 7 points to the film, and one more point to the director’s sincerity in bringing this subject to a wider audience,” viewer Shen Mi wrote in her comment. “The camera captures typical rural village life, which is often overlooked by mainstream audiences. Our era and its stories can be remembered only if they are recorded.”

Jiang was an industrial design major student in college, but he refused to follow the career path envisioned by his parents. Instead, he followed his creative passion for free expression and a desire to highlight marginalized communities.

“My childhood dream was to become a writer,” said Jiang. “I moved toward filmmaking in college, but no filmmaking companies were impressed by my resume when I graduated in 2008. So I had to do other jobs and save up money to pursue my real interest.”

Jiang spent 10 months working as a cashier in a chain store in the southern city of Guangzhou before returning to his hometown in Xinning County of Shaoyang City.

“I was told that the primary school in my hometown was facing imminent demolition,” he said. “Most of the students in the school were ‘left-behind’ children. I wanted to film them because I too was a ‘left-behind’ child when my parents left for jobs in the big city.” 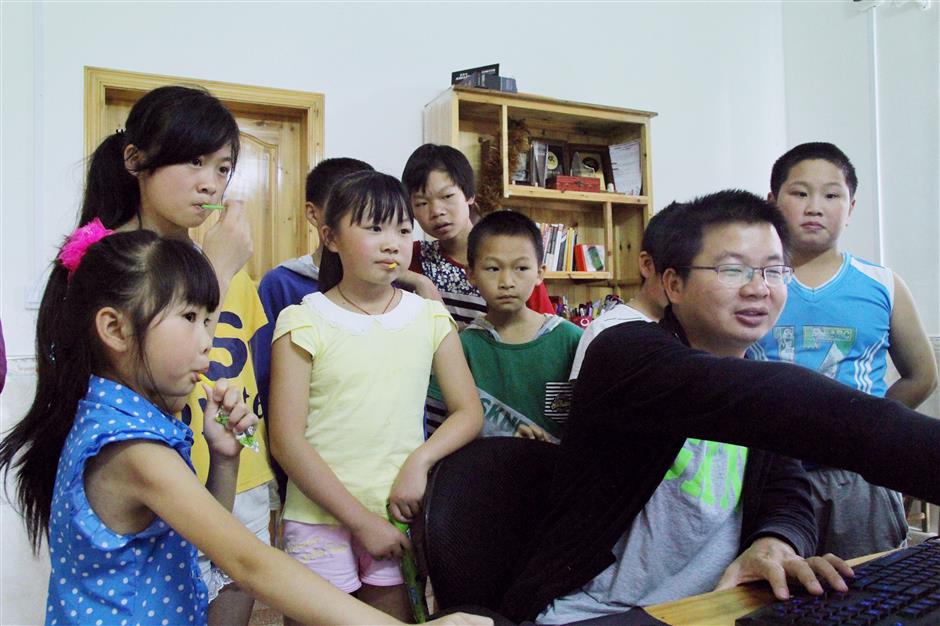 Jiang Nengjie interacts with children at a library he set up in his hometown. Books were donated by warm-hearted viewers of his film on “left-behind”children.

Jiang’s first digital video camera cost him 5,800 yuan (US$820) — money half saved and half borrowed. He worked as mathematics teacher at a primary school in Xinning for three months, during which he filmed the daily life of the “left-behind” children.

He started work on “Miners, the Horsekeeper and Pneumoconiosis” in 2010. The project was an on-again, off-again endeavor for eight years, during which the self-funded director had to take on other jobs to finance his filmmaking dreams.

“I spent no more than 100,000 yuan on this film, which was not a particularly big investment,” he said. “But the amount of time I put into it can hardly be calculated. By 2018, an illegal mine operated by my cousin had been closed for years, and my main character Zhao Pinfeng had died. That was when I decided to end the film and make it public.”

Jiang comes from a mining family. His grandfather was a victim of a mine accident nearly 30 years ago. Two of his uncles suffer from black lung disease, and his own father became a horse porter for miners’ goods after he was diagnosed with the disease when Jiang was 11 years old. 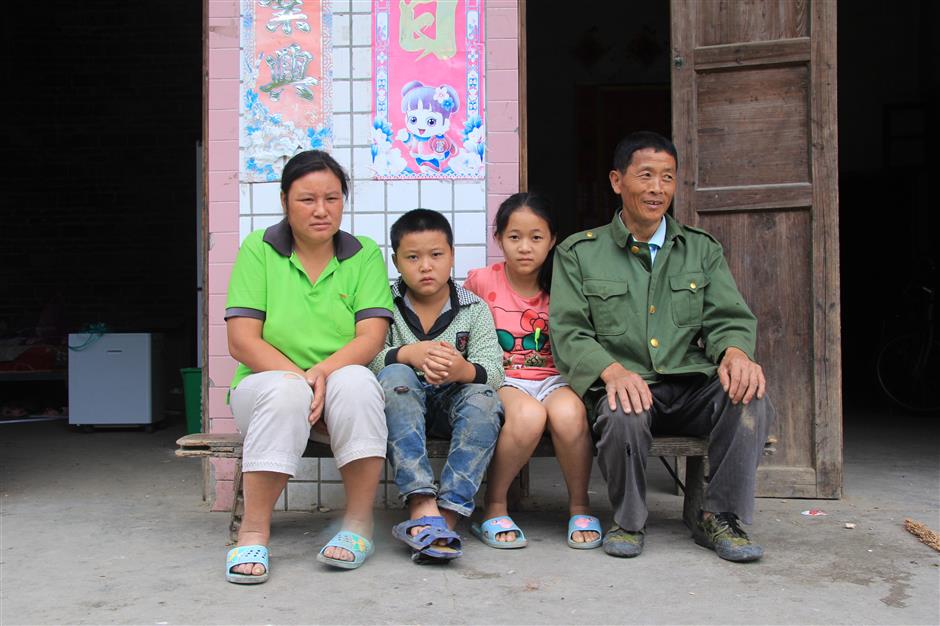 Most miners in the area of Jiang’s hometown suffer from some level of black lung disease. Many of the illegal mines where they worked to feed their families have since been closed by the government.

When Jiang started to shift the focus of his film to Zhao in 2016, the miner was already in the late stages of the disease and had to breathe with the help of a ventilator. Zhao died when a village power blackout in 2018 shut off his oxygen supply. He is survived by two children and a wife who is mentally retarded.

Jiang last visited the Zhao’s family during the recent Labor Day holiday. Charitable foundations have helped the family, including tuition for the children’s education, he said. 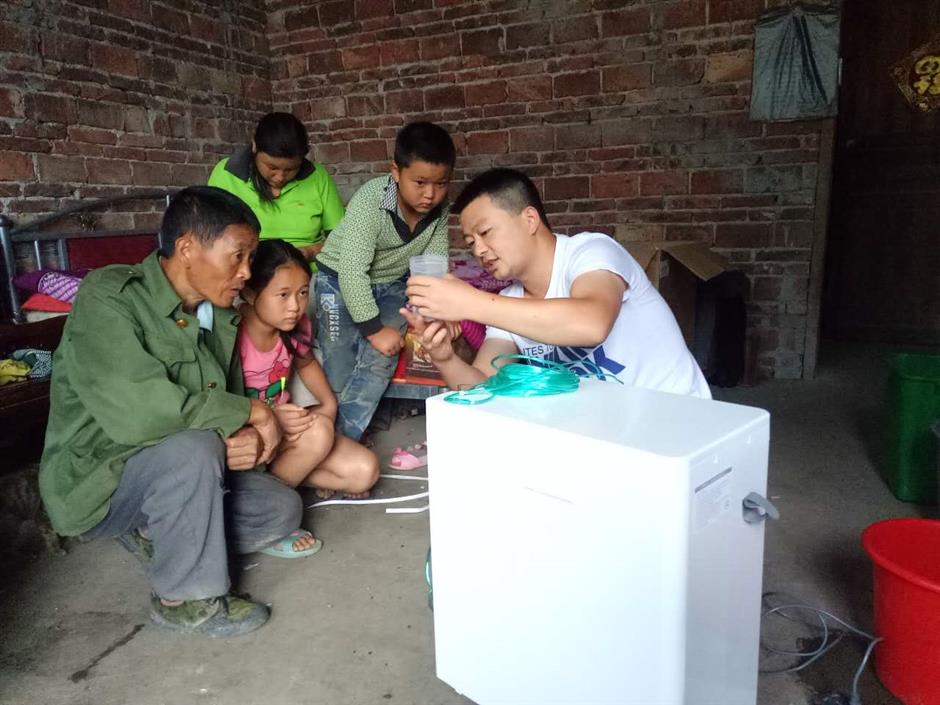 A technician instructs Zhao how to use a ventilator.

Warm-hearted viewers have donated books to children featured in Jiang’s film, and the filmmaker himself has established four libraries in his hometown.

“I hope attention is focused not only on this one family but also on the large number of black lung sufferers who need medical attention and government support,” Jiang said. “Employers should be held responsible for workers who contract occupational diseases like this.”

In addition to his films on miners and “left-behind” children, Jiang has also documented the plight of veterans of the War of Resistance against Japanese Aggression.

He is now working on two new documentaries. One focuses on the LGBT community; the other on people with mental disorders. Will he again share the films for free? Jiang said that with a film about lesbian, gay, bisexual and transgender people, he may have no other choice.

“An LGBT-themed film has very little chance of getting to domestic cinemas,” he said. “These kinds of works are often shown at underground locations. Some works can be released at independent film exhibitions and festivals.”

Despite restric­ted distribution channels, Jiang said he has no plans to give up his current work or alter his films to make them more socially acceptable. 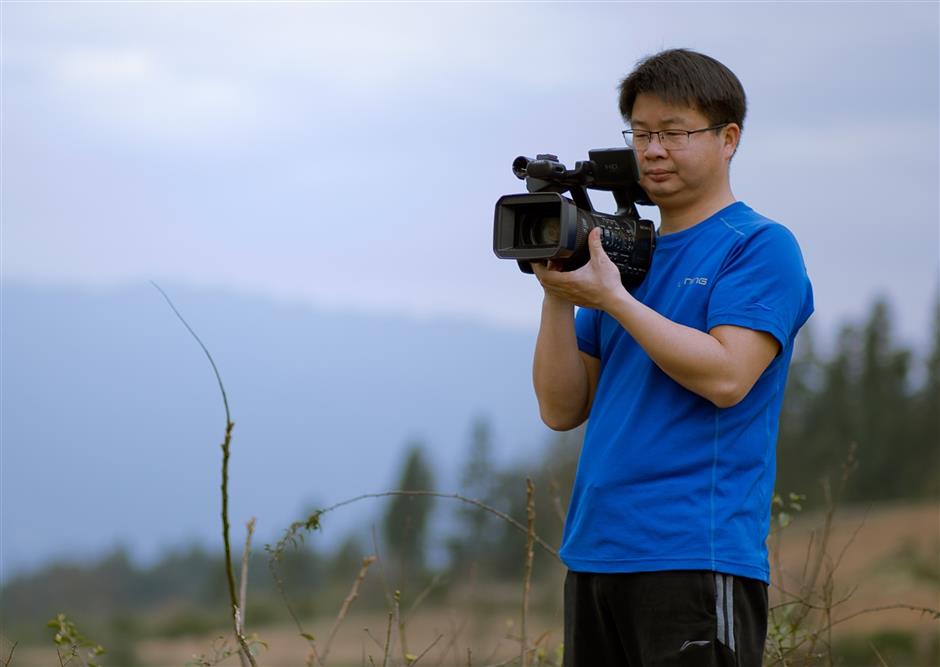 Jiang Nengjie says he will continue to focus his films on marginalized communities.