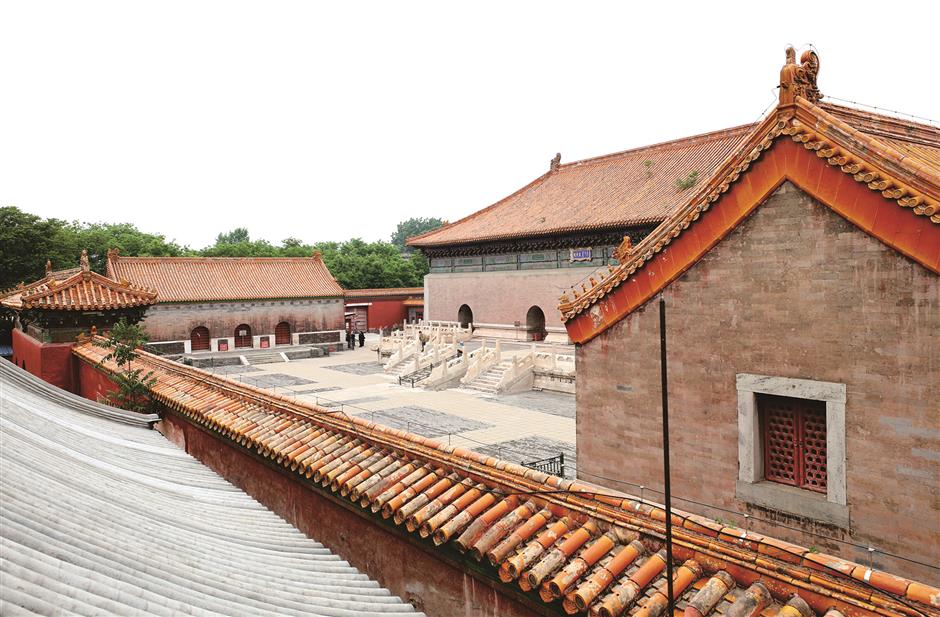 Huang Shi Cheng served as a safe that housed the most confidential materials from the Ming to Qing dynasties. Situated on the eastern side of Tian’anmen Square, the all-stone construction covers 8,460 square meters.

Huang Shi Cheng, or the Royal Archives Center, served as a safe in ancient China, safeguarding the most confidential materials, such as imperial documents, royal family trees and historical memorabilia, from the Ming to the Qing dynasties (1368-1911).

Situated at the eastern side of Tian’anmen Square in Beijing, the all-stone construction covers 8,460 square meters and features tough brick-laid walls as thick as 6 meters. Its doors, windows, brackets, columns, beams, rafters and other supporting systems were originally made of wood but replaced by stone, an extreme measure to prevent those precious papers and documents from moisture, fire, mould and insect bites.

China set up the royal archives during the Qin and Han dynasties (221 BC-AD 220), but most were destroyed in civil wars. Huang Shi Cheng is the only one held intact.

In 1492, cabinet minster Qiu Jun submitted a memoranda to the emperor that the empire should establish a two-floor archive center to house the records of royal events. The building, he advised, should be made entirely of brick and stone without any wood. The upper floor with bronze chambers was designed to store the records of emperors from previous dynasties and state-affairs documents, while the lower floor of iron filing cabinets kept the emperor’s edicts, decrees and encyclopedias.

About 40 years later, Qiu’s advice was finally implemented by a new emperor, and the safe was greatly improved by Zhang Fujing (1475-1539), grand secretary of the Imperial Library.

The main hall, which is beamless, was built on a 2-meter-high stone platform flanked by white marble guardrails and covered by a roof made of yellow-glazed glass tiles. The doors, windows and brackets were all carved with white jade and painted with golden foils.

Everything in this safe box was designed to be impenetrable. The north and south walls are as thick as 6.4 meters, while the rest are 3.45 meters thick. It has five stone doors, each weighing 2 tons. The windows on the walls allowed air to flow and helped keep a steady room temperature. 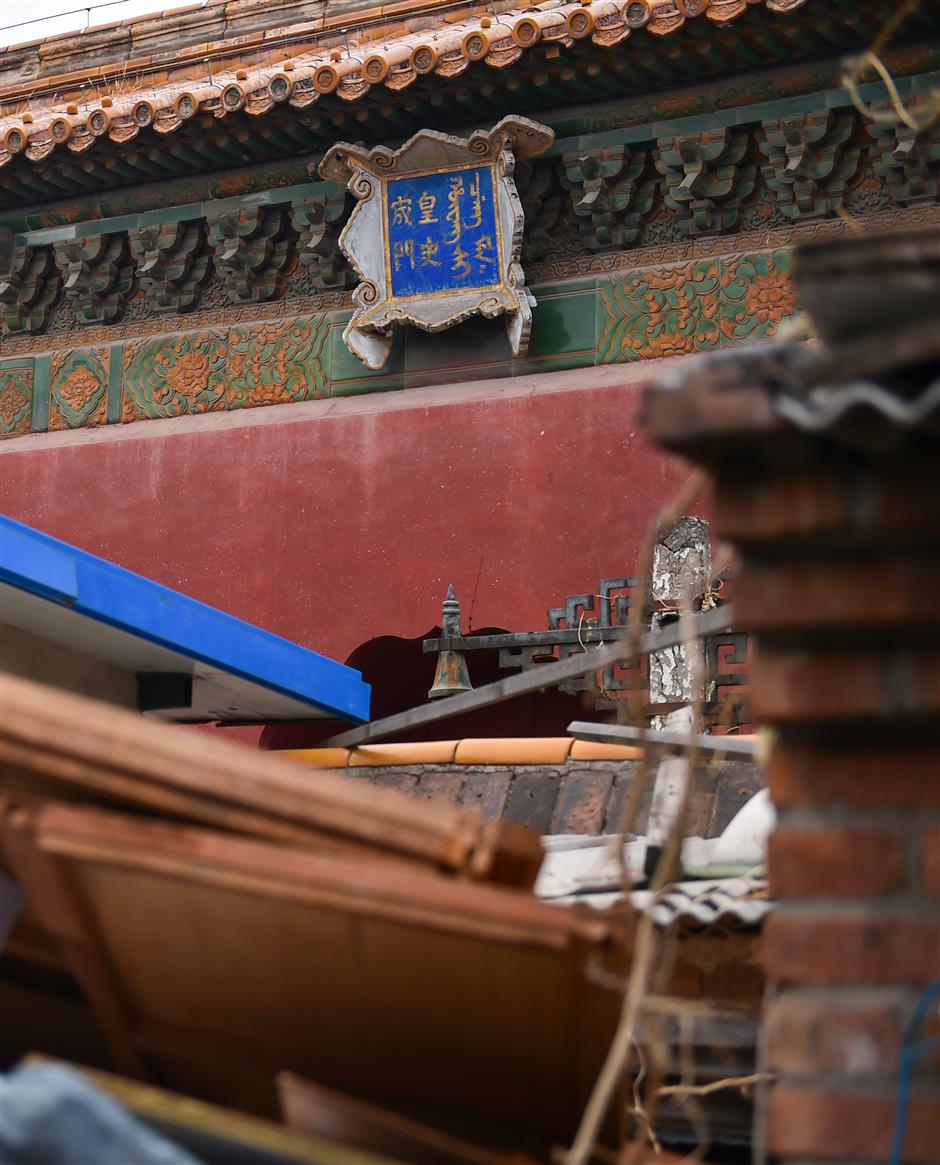 Illegal residential quarters around the library will be demolished.

The Chinese royal-family-tree book, usually referred to as a “jade plate,” consisted of documents with detailed personal information about emperors and their families, considered the empire’s top secrets.

Each dynasty had its own jade plate but most disappeared. Qing’s is the only well-preserved jade plate, of great value to those who study the dynasty’s rules and regulations, court history, royal household registration, demography and genealogy.

Jade plates were renewed every 10 years. Newborns were added in red ink, while the names of the deceased were rewritten in black.

For every renewal, a grand ceremony was held celebrating “data logging” into the royal archives.

A date for the celebration was selected by the Imperial Board of Astronomy, a research institution during the Qing Dynasty. Beautiful kiosks were erected, colorful flags flew and music was performed.

Officials in court outfits waited on bended knees at the Meridian Gate — the Forbidden City’s main entrance — for delivery of the renewed jade plate to the Huang Shi Cheng after receiving the emperor’s approval.

The royal archive also stores “Siku Quanshu,” or “Complete Works of Chinese Classics,” the largest collection of Chinese history books, which encompasses 3,462 works, totaling more than 36,000 volumes. The “Siku Quanshu” is even larger than the Yongle Encyclopedia of the Ming Dynasty, a copy of which was once housed in the Huang Shi Cheng.

The historical imperial archive has been on the list of Major National Historical and Cultural Sites in Beijing since 1982. Last week, a 50-day demolition project began, focusing on the unapproved construction of almost 600 square meters in its southern courtyard, crowded with illegal residential quarters. The project will restore the imperial document library’s traditional style.