Artist develops a distinctive style for capturing the world of opera

Artist Zhu Gang’s obsession with opera painting goes back about 40 years ago to when he was an art designer and editor at Shanghai Audiovisual Press. His job was to design and paint the covers of tape cassettes of pop music, English lessons, children’s songs and traditional operas.

“At the time, Hong Kong pop music was gaining in popularity on the Chinese mainland, and the cassette covers were all photos of stars, which bored me a lot,” Zhu recalled.

So he decided to try something new. When he was designing a cover for the Yueju Opera “A Dream of Red Mansions,” Zhu painted in ink with a traditional Chinese brush instead of using stills. In the design, protagonist Jia Baoyu, clad in a red long robe with a jade pendant on her chest, wears a beguiling smile.

It was a bit groundbreaking. Zhu was nervous about how famous actress Xu Yulan (1921-2017), who portrayed Jia, would react when she saw the cover.

“To my surprise, she loved it!” he said.

From then on, opera became an indispensable part of the painter’s work. His home was only a five-minute walk from the Shanghai Kunqu Opera House, where Zhu went to watch shows every weekend while doing the sketches.

He always bought a front-row ticket so he could be as close as possible to the performers and catch their slightest movements and expressions. After each performance, he returned home to paint while the memory was still fresh.

“I never paint stage photos,” he said. “It’s not copying. It’s art creation. You rely on keen observation, you need to fully understand the story, you have to grasp the essence of a performance, you have to find those right moments that best convey the spirit of a character, and then you interpret it all with your own artistic style.”

In the picture “Zhaojun Chusai,” or “Zhaojun Goes Beyond the Great Wall,” the artist takes viewers into the mind of Wang Zhaojun, a character who is filled with sadness as she is about to cross a border and leave her home. He depicted her with a twisted body on a horse — her head looking far into the distance and her feet pointing back to home.

Trained in Western painting in his early years, Zhu has a strong foundation in art perspective and adherence to the truth of reality. However, instead of simply depicting the characters as they appear, he takes artistic license.

In the work “Cang Zhou,” or “Hidden Boat,” Zhu meticulously drew the embroidered patterns on a character’s cloak, but he subverted the proportional relationship between an oar and its handle. By shortening the handle and lengthening the oar, the whole picture becomes more dynamic and visually stronger.

Opera painting hit its peak when Peking and Kunqu operas spread throughout China during the Qing Dynasty (1644-1911). Many newspapers published sketches drawn from the operas, vividly depicting performances of star artists. Calendars also reproduced traditional opera settings as pictorial subjects and were hung in many households. Famous painters of the genre included Guan Liang, Lin Fengmian and Gao Made.

Zhu doesn’t follow the freehand style of Lin and Guan, but he learned from their experience. In the painting “The Imperial Concubine Yang,” he painted Yang’s costumes and gestures beautifully, with thousands of petals falling behind her in the traditional manner of expressing emotion.

“You cannot completely tell a person’s life story in just one picture, so the falling petals are a metaphor I used to suggest Yang’s tragic fate and withering life,” Zhu said.

For years, the artist has found his own way to combine realism with a freehand painting method. He uses meticulous lines and varied colors to shape characters and stage scenes, often contrasting wet and dry ink, and using different shades of colors and light with some obscurity, exaggeration and symbolism.

“I would say my paintings are realistic on the whole; freehand in some parts,” he said.

The painting of “Farewell to My Concubine” is typical of this style. The face of character Yu Ji is vividly depicted, sorrow mirrored through her eyes, while her long black hair is drawn in freehand brushwork.

A big fan of traditional opera, Zhu not only watches and paints them, but he also makes friends with performers behind the scenes. Chatting and exchanging ideas with them allow him to enter the inner world of characters.

“Without the heavy make-up and complicated costumes, they are fun, interesting people,” Zhu said.

He shared an anecdote related to Song Baoluo (1916-2017), a long-standing Peking Opera artist who performed in private for Chairman Mao. Several years ago, Zhu paid a visit to Song’s house in Hangzhou and painted a portrait of him.

“After I finished, the master, who was 97 then, was so happy,” Zhu said, with a laugh. “He walked into the study and picked up my brush. I thought he was going to write a poetic inscription, but the old man simply wrote: ‘Think about how to live longer.’”

“The theater is always full each time,” he said. “The first several rows are occupied by old people, and the rest of the audience is all young. Believe it or not, fan groups for traditional operas have been steadily expanding in recent decades, while pop music has had its ups and downs.” 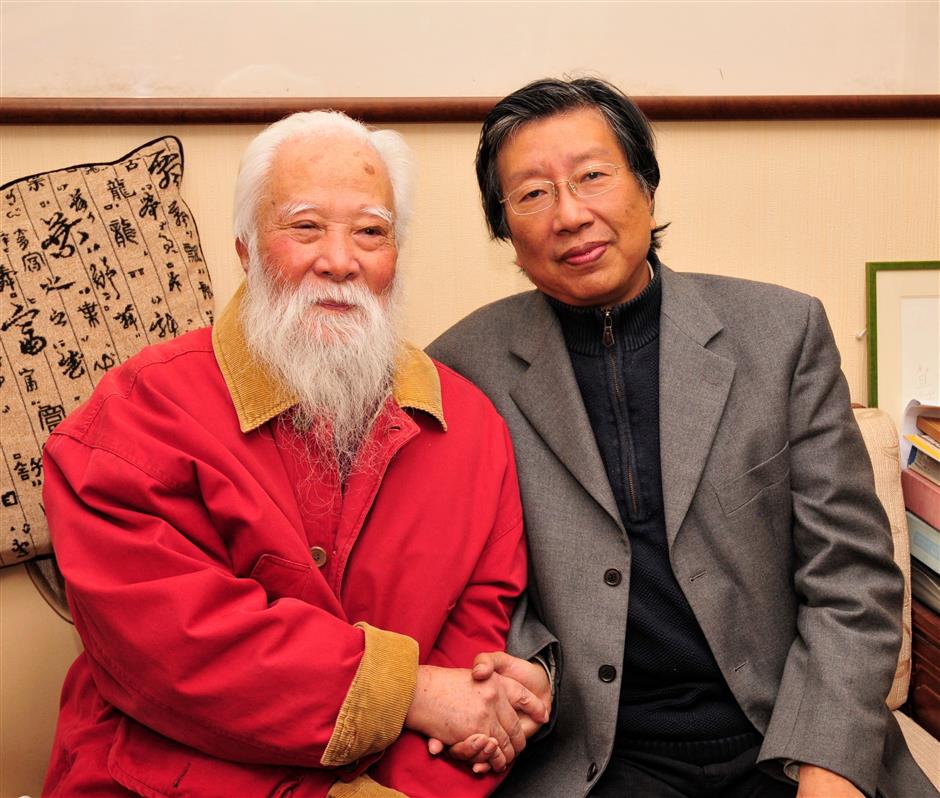 ﻿
Special Reports
ADVERTISEMENT
61945
,
National treasure unearthed by tomb raiders
Artist develops a distinctive style for capturing the world of opera
An ancient deity is kinder than he looks
Chinese poetry set to song moves out into a broader realm
Zhao Puchu calligraphy show under way at Shanghai Museum
Culture of the Silk Road goes on display
Tilling and weaving a fabric of life
For precious art in poor health, the doctor is in
Metacollage: where East and West intertwine
Iconic red-brick facade reminiscent of former glory of innovative hospital in city
EXPLORE SHINE