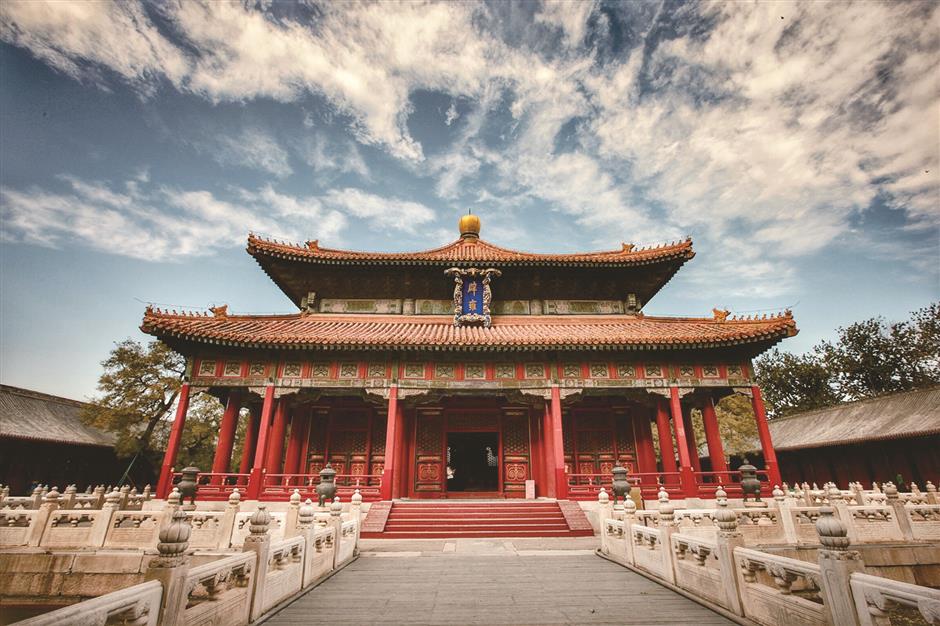 Biyong Hall is the main architecture in Guozijian, or the Imperial Academy.

Now that the coronavirus outbreak is under control in China and restrictions are being eased, students are returning to school. This is good news for the Confucian Temple and Guozijian (the Imperial Academy) in Beijng, as more children will once again return to visit. Guozijian was once the highest institute of learning and China’s top administrative organ of education during the Yuan, Ming and Qing dynasties. It was a combo of today’s education ministry and the Peking or Tsinghua universities. It was a place where emperors regularly visited to read Confucian classics to more than 4,000 officials and followers, who thronged by the front gate, central square and nearby streets. But without a loudspeaker, how did the emperors make themselves heard in a class of so many students? There were several servants who made sorties to repeat each sentence of the supreme teacher as he spoke from the inner classroom to the outside.

Past the main entrance Jixian Gate, or Gate of Talent Gathering, China’s only glazed memorial arch in honor of education stands at the front. Its golden yellow-glazed tiles shine with inscriptions of Emperor Qianlong (1711-99) on the back and front sides, showing how greatly the royal family valued education.

Cross the Zhuangyuan (top scholars in the highest imperial examinations) Bridge, and you will find the Biyong Hall, the main architecture in the imperial academy. It was built in 1784 and used to be the place for emperors in the Qing Dynasty giving lectures.

Sitting in the center of the Imperial Academy, the square-shaped hall with yellow-glazed tiles, surrounded in a round pond, implies the old Chinese philosophy that the Earth was square and the Heaven was round. This architecture was co-designed by the prime minister Liu Yong (1720-1805) and a high-ranking official He Shen (1750-99), two of Emperor Qianlong’s trusted cabinet men.

On the two sides of Biyong Hall, there are six halls, or classrooms, with 33 rooms.

Yilun Hall, situated in the north, used to be a library in the old days, covering an area of 600 square meters. With a 400-square-meter open terrace, it’s the largest hall building in the Imperial Academy. But after a renovation project in 2008 the architecture was turned into a conference ballroom with modern audio and visual equipment that can house about 200 people. 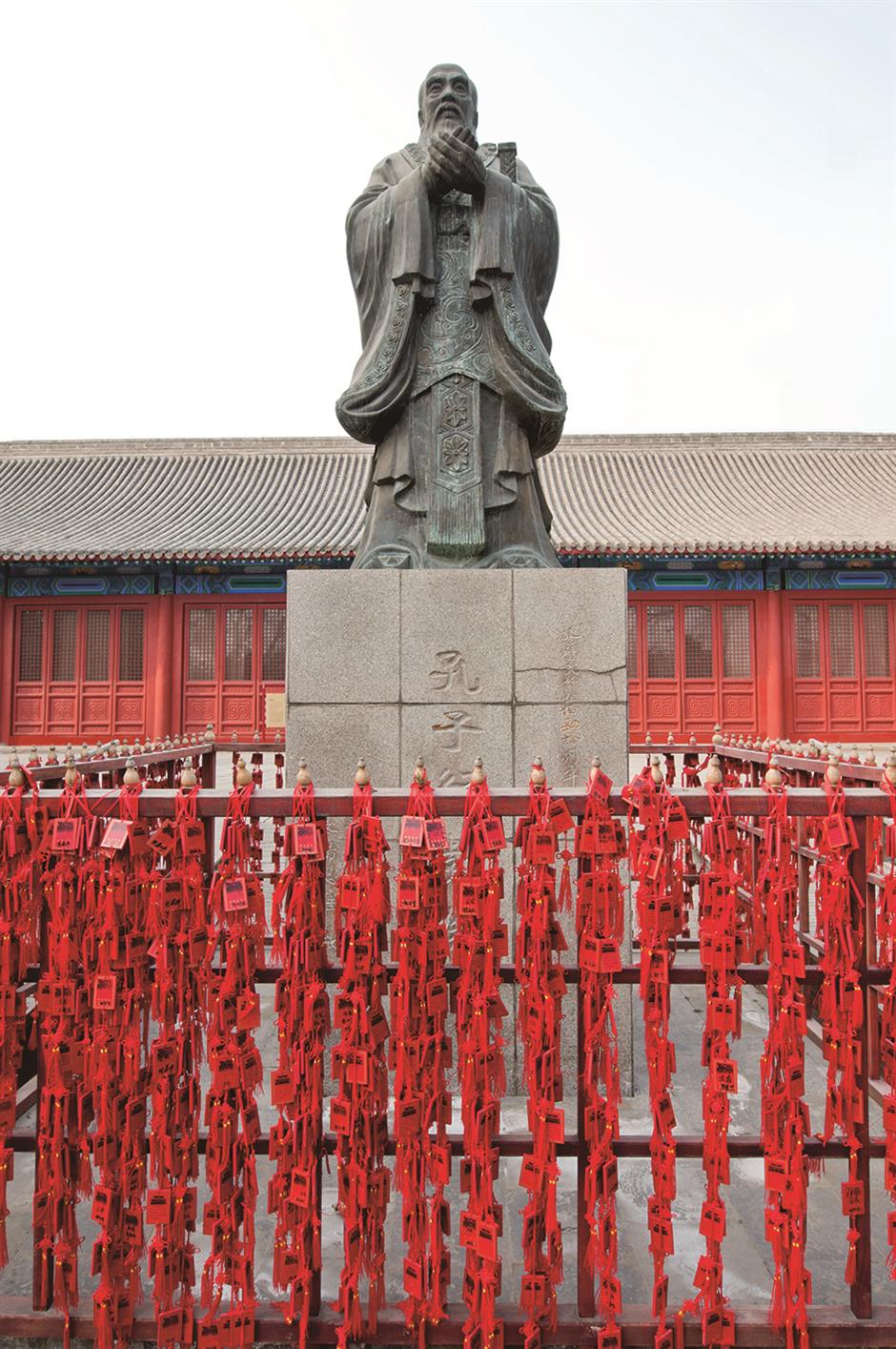 One of the cherished relics in the academy is the 190 stone steles carved with 13 Confucian classics of more than 630,000 characters.

One of the cherished relics in the academy is the 190 stone steles carved with 13 Confucian classics of more than 630,000 characters. They were compiled and hand copied by the scholar Jiang Heng (1672-1742), who took 12 years to finish the work. The stones are the most complete version of the classic inscriptions on Confucianism and the largest and heaviest books in the world. They were originally set up in the six halls but were relocated to a small lane between the academy and the neighboring Confucian Temple in 1956.

During the Yuan and Ming dynasties, more than 200 cypress trees and pagoda trees were planted, but today only 40 are still living and most are over 700 years old. Among them, two trees are the best-known. The tree named “Reborn” is 15 meters tall and was planted in the Yuan Dynasty (1271-1368) and died in the Ming Dynasty (1368-1644). It incredibly came to life again in the summer of 1751 in the Qing Dynasty (1644-1911) when people found some young green leaves sprouting from its bare branches.

In the 60th birthday year of Emperor Qianlong’s mother, the tree was then considered to be a good omen. Officials wrote poems and created paintings of the tree and presented them as gifts to the birthday lady. The poems were also carved on stones, which stand together with the Confucian stone steles today.

The “Hunchback” tree on the western side of Biyong Hall by the pond earned its name by a large protrusion on the trunk. One legendary tale reveals that the tree was planted to make fun of the prime minister, Liu Yong, who designed the pond. Liu had a hunched back.