One of the oldest Buddhist sites in Shanghai, the Longhua Temple in Xuhui District, will welcome pilgrims and other visitors with a renovated, expanded garden when it reopens soon after nearly a half-year closure due to coronavirus epidemic.

People who have been to the temple may wonder: Is there an actual garden in the temple, and, if so, why have I never seen it?

Good question. Unlike traditional Chinese gardens, which are usually distinguished by proper doors and walls, the garden in Longhua is divided into pieces scattered in several corners of the temple.

It’s hard to recognize that a pond, a rockery and a small grassy area are actually part of a deliberately designed garden.

Chinese painting artist Pang Fei, who was in charge of the garden renovation, has a pair of sharp eyes.

“The original garden elements in the temple were designed by Chen Congzhou (1918-2000), a name that might not be familiar to outsiders, but in Shanghai, he is famous for the restoration of the famous Yuyuan Garden,” Pang says.

“When I took on the temple renovation, I realized that I had to grasp his concept, which was actually more difficult than designing a garden from scratch,” he adds.

Pang, born in Shaanxi Province, is an artist at the Shanghai China Painting Academy. He is devoted to Chinese-style gardens, and Chen was one of his idols.

“Chinese gardens always have a tight connection with paintings,” Pang says. “Chen mastered both traditional Chinese painting and calligraphy, and he worked on gardens from the perspective of an artist.” 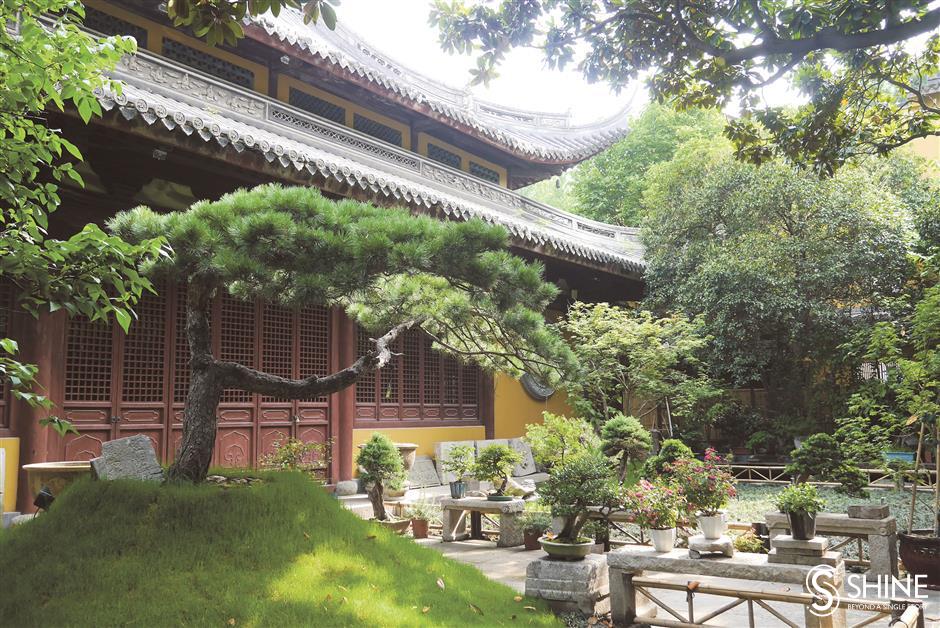 The 1,700-year-old Longhua Temple is expected to reopen soon.

The rockery and pond in one corner of the temple are typical examples.

Chen designed the area around 40 years ago, and the surrounding environment has changed drastically. Now the pond and rockery area sits next to a cube-shaped building with salmon-colored tiles.

When you walk near it, the area manages somehow to distract your attention from the plain building without actually blocking it. Huge, dark rocks create a serene atmosphere, and the colorful carp in the pond bring the whole scene to life.

“The arrangement of the rocks is called ‘stone piling,’ which is a test of the artistry of a garden designer,” Pang says. “This rockery replicates the scenes of traditional Chinese landscape paintings, and the scenery changes from different angles.”

He adds: “When we restored this area of the temple garden, we tried to retain the original old, weathered look of the rocks. We chose rocks with the same colors to make it look like when the rockery was first built.” 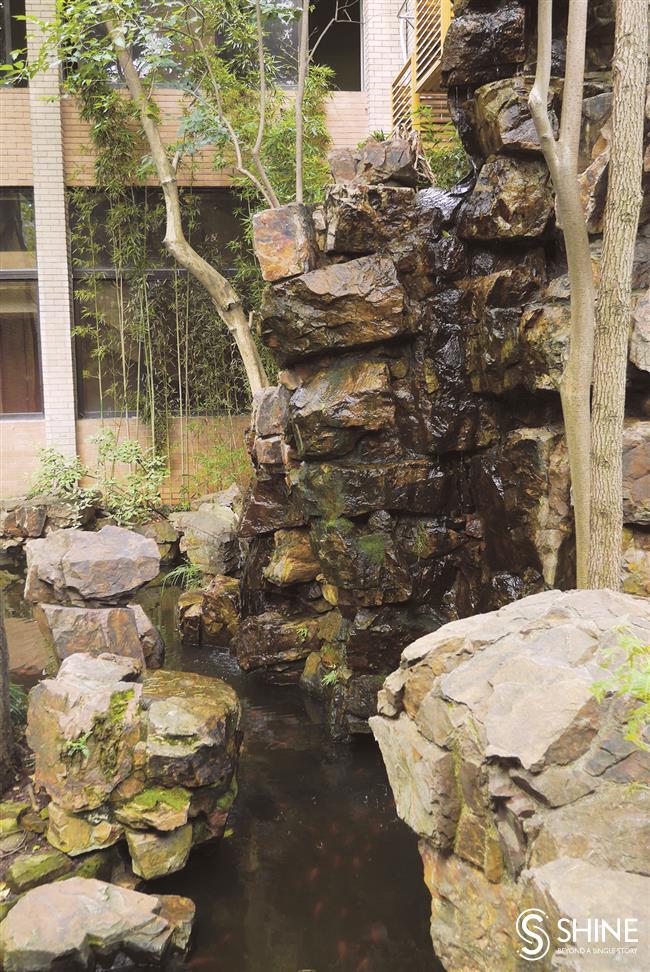 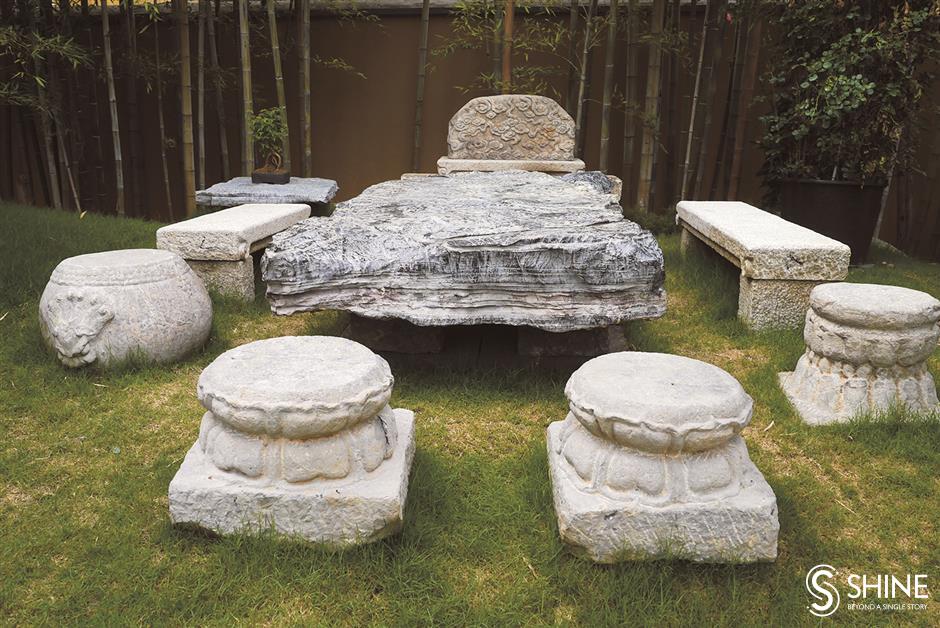 The garden in the Longhua Temple reflects the spirit of traditional Chinese painting with scenery that changes from different angles.

Meanwhile, in another corner of the temple, a small area called Eight-Buddha Pine Yard is a functional area that Pang designed for pilgrims.

A pavement of Lingbi stones, a type of limestone, runs through the yard among eight trimmed pine trees, leading to a stone table and seats.

Pang says that the Lingbi stone is his own personal touch. It’s a stone he uses in almost every garden he designs or restores.

Lingbi was regarded one of the most beautiful ornamental stones in ancient China. It is naturally found in various shapes with different textures. The ancients, particularly scholars, loved to decorate their gardens with the stones.

The particular type of Lingbi stone Pang used for the temple is called “white pond lily,” which fits the symbolic significance of lotus in Buddhist culture. White sand is paved around some of the stones, to create the impression of a white pond lily blooming in water.

Pang says many professional landscape design institutes had submitted plans for renovating the temple garden, but none expressed the “sense of history” that envelops the religious site.

“The temple people wanted to find an artist with experience in restoring or building Chinese gardens, and they came to me,” he says. “After seeing my private garden, they asked me to renovate their garden.”

Pang poured his creativity and energy into his own garden, which is called Niyuan after his wife.

Pang did preparatory work on that garden plan for four years, and the actual construction took him another two years. Old washing boards and stone mangers found new life in his garden.

“I believe every component in a garden should feel ‘just right’ in its place,” he says. “That is the outcome of long-term collection and careful selection.”

During the temple’s closure, its life force wasn’t damaged by the epidemic.

“While we were restoring the temple garden, we found that turtledoves had nested on one of the pine trees, with two eggs lying safely in the nest,” Pang says. “We felt that was an auspicious sign for the garden’s future.”