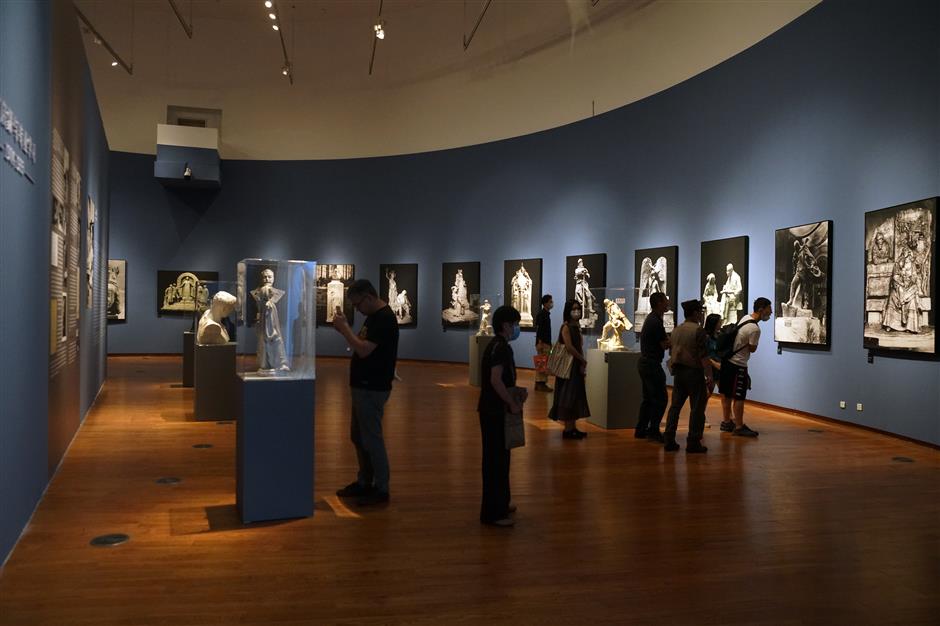 Visitors admire the pictures and sculptures at the museum.

Sculptures have existed in China since ancient times. Millennia-old Buddha sculptures and mythical figure carvings can be found across the country. However, these were more often related to ceremony rather than artworks for appreciation.

It wasn’t until the 1930s, when Zhang Chongren, Li Jinfa and Liu Kaiqu traveled to Europe and learned Western sculpture techniques in the Rodin style, that China’s modern sculpture movement began to flourish.

Now, a major exhibition at the Nanshan Campus of the China Academy of Art in Hangzhou commemorates the 116th anniversary of the birth of Liu Kaiqu and his great achievements in sculpture.

Liu was co-founder of the prestigious China Academy of Art in the 1930s and vice mayor of Hangzhou in the 1950s.

Invited by the central government, he led a group of architects to build a national monument in Beijing’s Tian’anmen Square to the martyrs of revolutionary struggle during the 19th and 20th centuries.

This 10-story obelisk, known as the Monument to the People’s Heroes, was the first public sculpture commissioned after the founding of the People’s Republic of China. Today, it symbolizes the bravery and persistence of Chinese people during difficult times.

“Since then, human figures started dominating the mainstream of China’s modern sculptures. Liu and other pioneers gave confidence to the Chinese people,” said Xu Jiang, curator of the academy.

The exhibition includes more than 50 examples of figurines and sculptures, along with related texts, giving visitors an insight into Liu’s artistic career. These works reflect both a yearning for peace as well as an admiration for the Chinese people.

The highlights are three original molds for the Monument to the People’s Heroes, namely Liberate China, Support Frontline and Welcome People’s Liberation Army.

One highlight of the exhibition, a relief sculpture on the Monument to the People’s Heroes, features the People’s Liberation Army soldiers crossing the Yangze River to battle against the enemies. The 10-story obelisk was the first public sculpture commissioned after the founding of the People’s Republic of China. Today, it symbolizes the bravery and persistence of Chinese people during difficult times.

Figures on the molds represent all walks of life, including farmers, women and children. Their relaxed facial expressions are at sharp contrast with the strained faces of soldiers, suggesting the sacrifices that make normal life possible.

When officials invited Liu to design the obelisk, he called on his students to participate in its creation.

When Liu Kaiqu established the sculpture department at the academy, there were only eight students willing to study modern sculpting. At the time, most Chinese people considered figurines and sculptures as burial objects that were inauspicious.

“That was a melancholy time for modern sculptors,” said Liu Mina. “My father realized the importance of cultivating talent and populating modern sculpture. He recruited a number of students and wrote tons of articles to spread the new art.”

A dozen of his students later became pillars of modern Chinese sculpture. They laid a solid foundation for the art and heralded a new chapter for the academy.

Besides, the exhibition also displays five artworks by Jean Boucher (1870-1939), Liu’s tutor, who enlightened him in sculpturing. 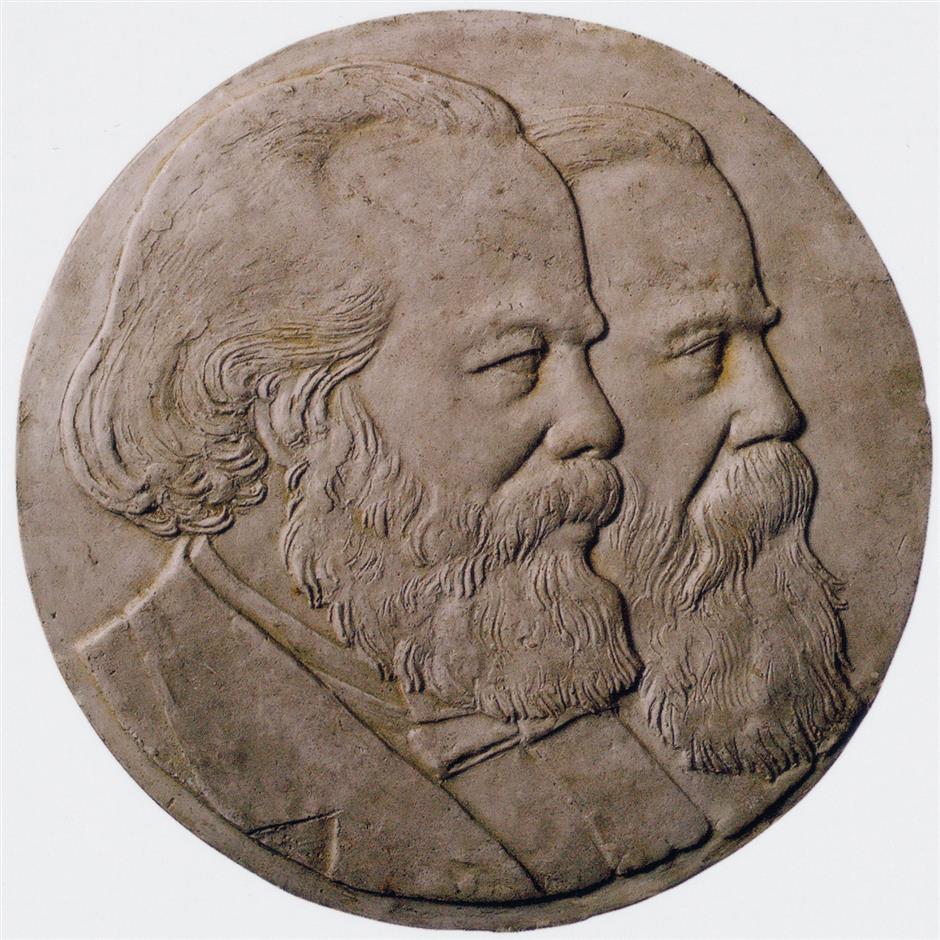 A sculpture of Karl Marx and Friedrich Engels is on display.

Boucher was a French sculptor based in Brittany, France. He is best known for his public memorial sculptures which showcased his patriotic dedication to France and Brittany.

He was a highly respected teacher. Among his pupils were sculptors Paul Belmondo (father of Jean-Paul Belmondo), Jules-Charles Le Bozec, Francis Renaud and Liu.

“My father pioneered Chinese modern sculpture, while Mr Boucher enlightened Chinese pioneers on the art,” said Liu’s daughter. “It’s rare to see his works in China, so this is a precious opportunity for visitors.”

When Liu returned from France to his homeland, the gap between reality and his dreams didn’t discourage him. On the contrary, he created three obelisks that helped him establish fame in China.

“These obelisks demonstrate the people’s resolution to fight against the enemy during war,” said Xu.

The obelisks are considered top-notch works in the 20th-century Chinese art and a breakthrough in urban sculpture. From then on, modern sculptures gradually appeared in parks and streets, evolving into popular ornaments for cities.

Date: Through June 24, closed on Mondays