Architect Lin Ranhao redesigned his two-bedroom apartment before he could travel for business again. The major changes were turning half of the living room into a work space shielded from other rooms, and reopening his semi-closed balcony.

“As an architect, there were times I had to work from home, but never as long as almost three months,” he said.

“It made me rethink my living space and how to add a more permanent work area that won’t interrupt the rest of the place. It also made me think about how to enjoy outdoor activities and fresh air even when I can’t go out.”

Due to the pandemic, construction sites were closed in many countries, projects postponed or canceled, and many people worked from home for weeks, or even months, for the first time.

Architects were among the first to respond, proposing various ideas about the pandemic’s impact on the future design of buildings. Some focused on interior details such as storage space for cleaning supplies and frozen food, adaptable multifunctional spaces, and touchless sensor-operated appliances. Others explored larger ideas like smaller offices, more convenient hospitals, or changes in urban planning. 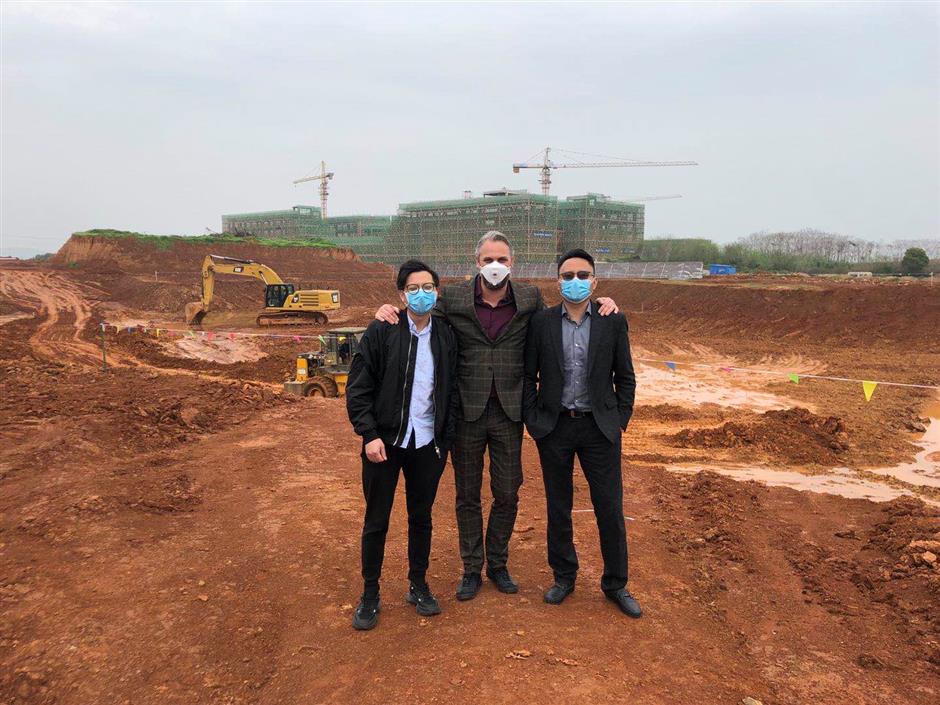 Dutch architect Mark Dekker (center) visits the construction site of his project of Wanchuang Future Technology campus in Nanchang in Jiangxi Province in late March when it reopened.

Chinese and foreign architects in Shanghai, who have already returned to offices, are also adjusting to both the short and long-term impact of the pandemic.

“Projects got postponed or even completely canceled, I see this as a short-term effect, because I can see now, a few months later, that business is slowly picking up,” Mark Dekker, director Asia Inbo International, told Shanghai Daily.

“We see a solid increase of requests from service proposals in the past weeks. And we already acquired our first new direct commissions and looking forward to have more good news soon, so we can work toward an overall positive year end.”

The Dutch architect returned to the city in February from his home country with an optimistic outlook for China’s recovery, and also because he has seen Shanghai as home after moving here more than 10 years ago.

His optimism increased when the construction site of the firm’s project of Wanchuang Future Technology campus in Nanchang in Jiangxi Province reopened and he was able to visit in late March, wearing a mask. Though postponed for a few weeks, the first phase of the project is expected to finish by the end of the year. 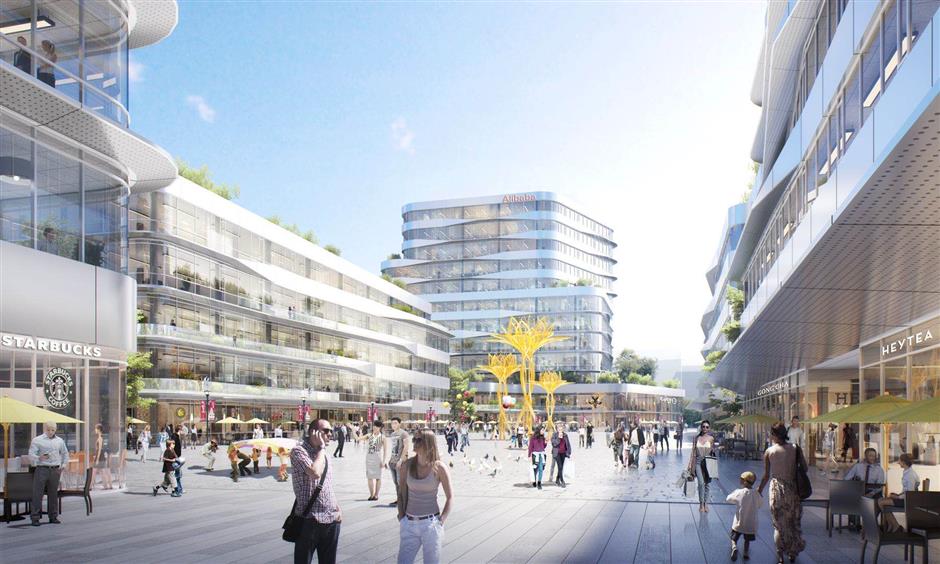 Wanchuang Future Technology campus in Nanchang is one of many Chinese campus projects Mark Dekker has been exploring to localize the firm's idea of a good campus in China.

British architect Daniel Statham, founder of Daniel Statham Architects, also returned to Shanghai early on, in January, and has reflected on the long-term impact the pandemic might have for the younger generation particularly in large cities like Shanghai.

“It is no doubt that it will change the way people look at their living and workplace, especially in metropolises like Shanghai, in Japan and in London. Asian cities particularly have very high density of population. Big cities will become denser and form agglomerations,” he said.

“With the technology available, particularly the young generation who don’t like travel time to work very much will be more used to working from home.” It will not replace face-to-face meetings completely though, he added.

“The efficiency of face-to-face communication is much greater than that of electronic ones.” 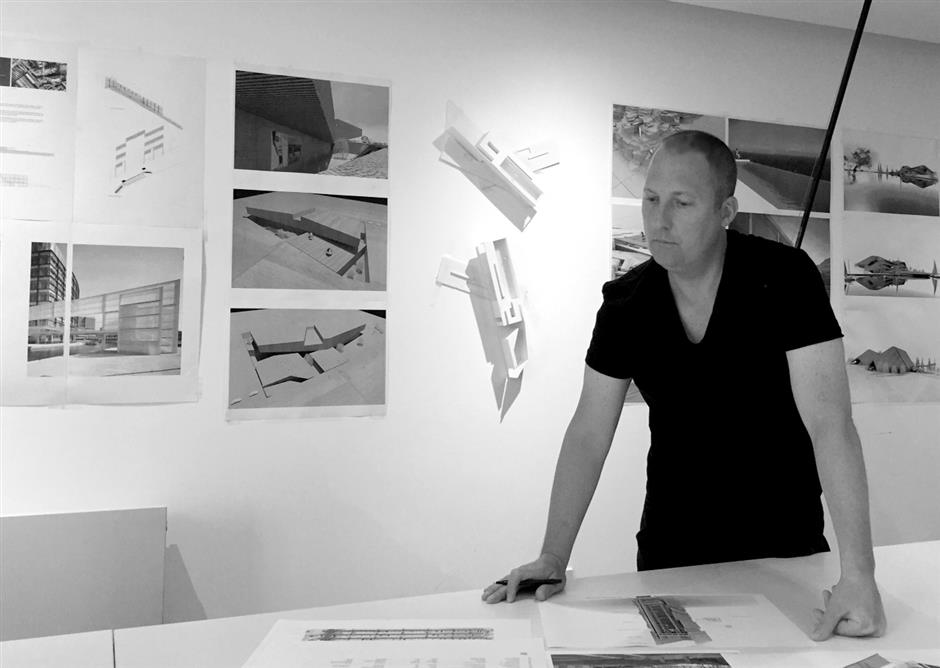 Chinese urban designer Feng Qiong has also seen many discussions about living space from her peers.

“Many believe it is going to raise our living standards. After people stayed at home during the pandemic, they are going to have a better idea of what their most comfortable environment is at home,” she said.

Feng also believes that people will rethink hospital design, as reflected in the design of a new hospital just finished by her and her colleagues at L&M (Logic is Magic) Design Lab.

Feng recalled a news article she read early on in the pandemic. A patient with coronavirus went to hospital and caused 973 people to be quarantined as he tried to get to where he was supposed to go.

“It reminds me of my own experience at hospitals. Every time I visit a hospital, I’m always lost inside even with all the signs. Nobody I know can ever find the right place to go inside a hospital. Hospitals are among the most complicated designs due to various functional considerations, and often times it is function over convenience,” she said.

“It is time to change that, and to think of more balanced ways to retain its functional design while making it more convenient for patients.” 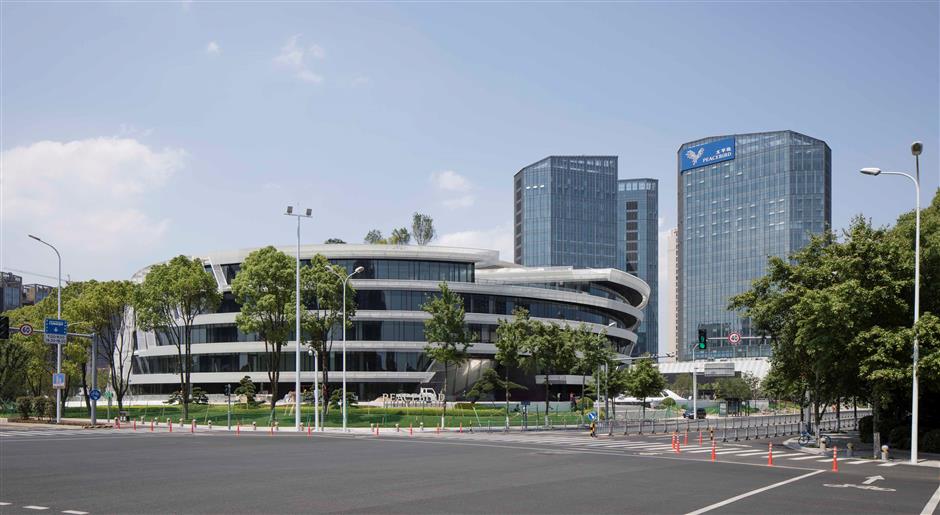 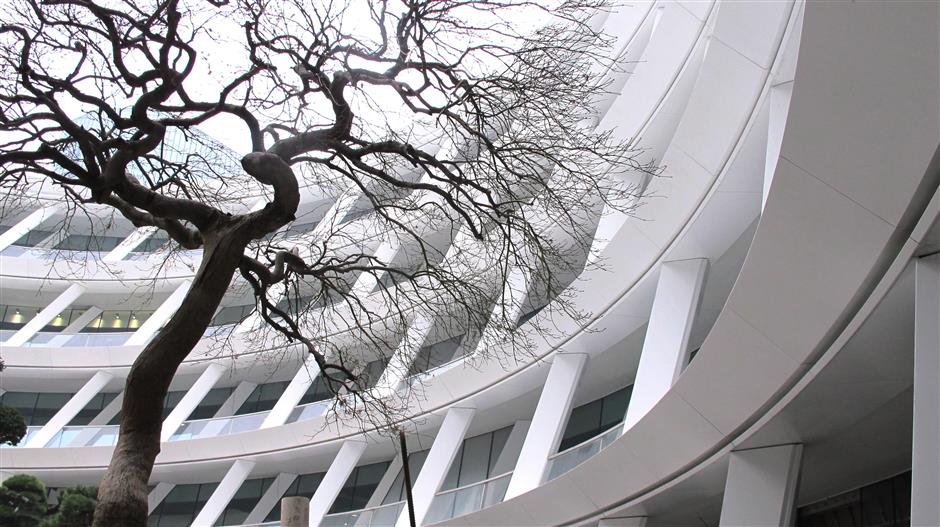 Existing design trends have also continued in the Chinese market, slightly less vibrant and much more mature and sophisticated compared with 10 years ago, when many foreign architects such as Dekker and Statham started having more projects and later moved here.

“In the past decade I have seen gradual changes,” said Dekker. “In the early days, every foreign architect would get the VIP treatment.

A foreign designer was special. Currently, clients are used to working with foreign architects and there is more competition, while there are also a lot of local architecture firms that reach a very high level of design.”

While the Dutch firm is known for campus design, Dekker has been exploring its ideas of a good campus to be localized here, with increasingly more campus developments in recent years.

“In many occasions, campus developments seem to focus on fancy designed buildings and landscapes. From our experience with the design for the High Tech Campus of Eindhoven in the Netherlands, we know the emphasis should first be on creating a solid business ecosystem,” he said.

“In our vision, every campus is a balanced combination of ‘hardware’ (buildings and infrastructure), ‘software’ (the people or ‘brains’ of a campus), and orgware (how to bring them together.) 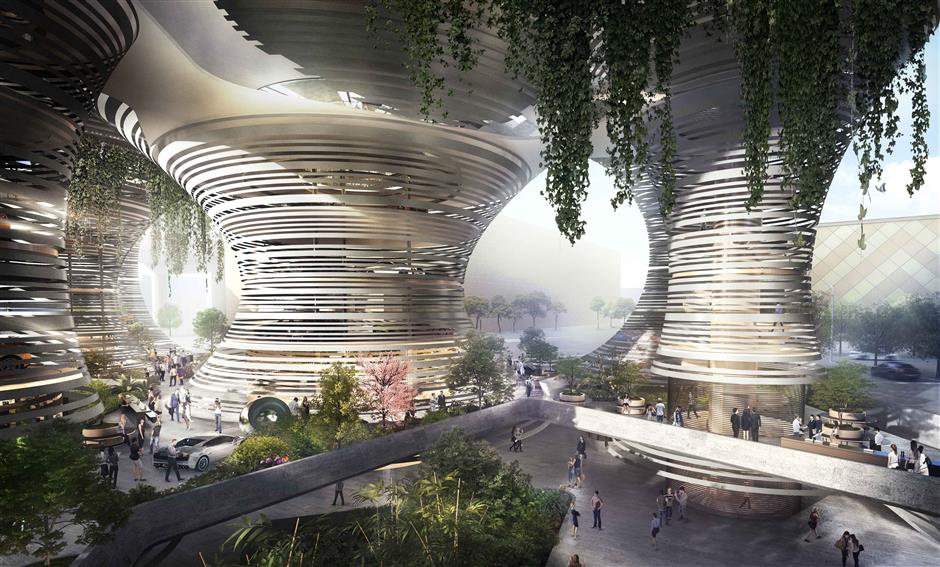 Statham also finds the market maturing quickly and clients more “aggressive” and receptive to innovative ideas. Some such ideas might not come through in Europe, he added, giving the example of his recent project in Ningbo in Zhejiang Province — the new Peacebird headquarters.

The circular building has a magnificent entrance — 15-meter-tall and 15-degree-tilted glass with a 7-meter-tall entrance, about which he was concerned whether a manufacturer could be found to make a high-quality one that fitted local safety standards.

“And it worked,” he said. “It’s quite fortunate and inspirational for a designer to be working in Asia now.” 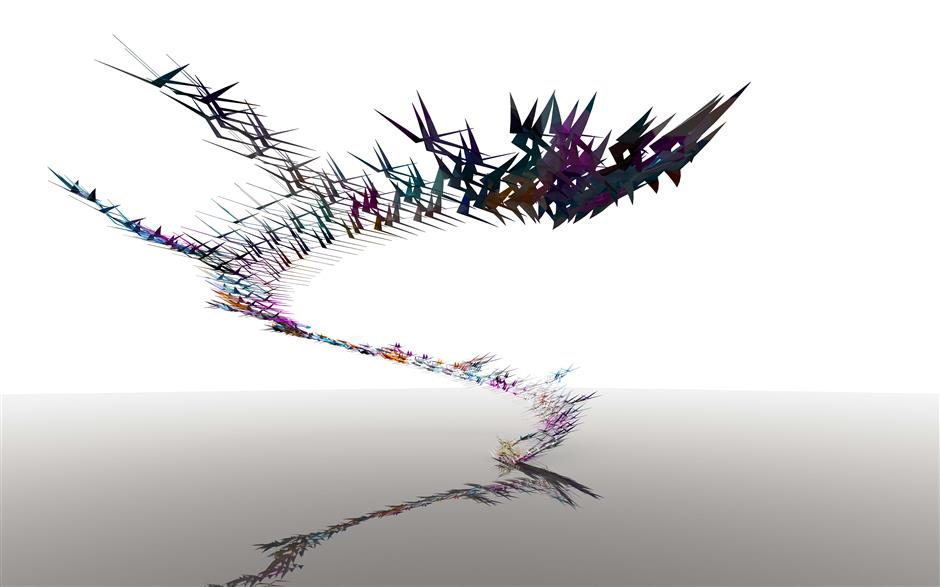 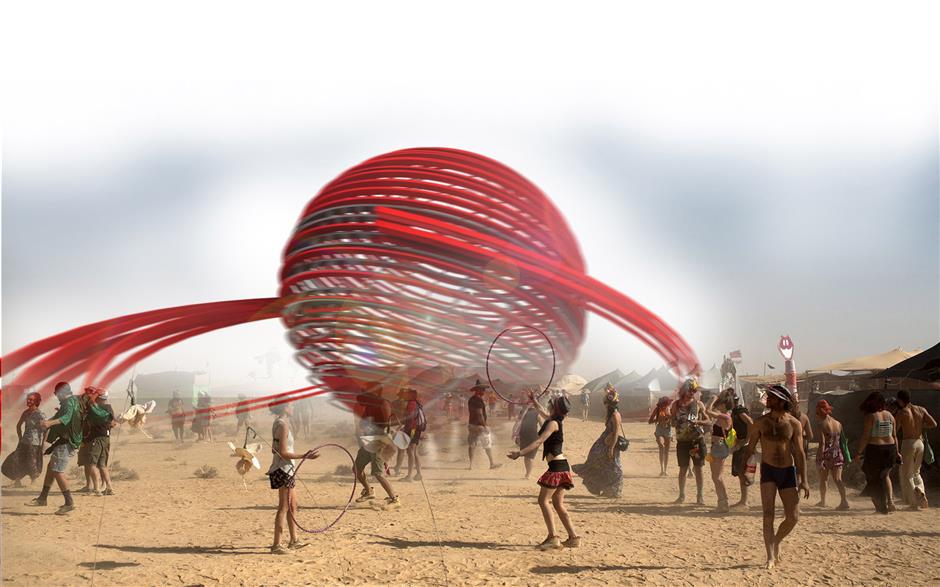