For thousands of years, ancient Chinese transported silk, tea, gunpowder and handicrafts to the West via the Silk Road. In return, Western fruits and crops were sent to China.

Silk was one of the main products which headed to the West, stealing the thunder from the technologies and cultures that thrived amidst mutual trade and exchanges.

An exhibition at the China National Silk Museum displays exhibits on loan from 13 museums through August 23, including unearthed antiques featuring exotic cultural elements.

The first highlight is a gold plate carved with floral patterns and three Greek mythical figures — Dionysus, Hercules and Centaur — celebrating the Dionysia, a major festival in ancient Athens in honor of Dionysus. 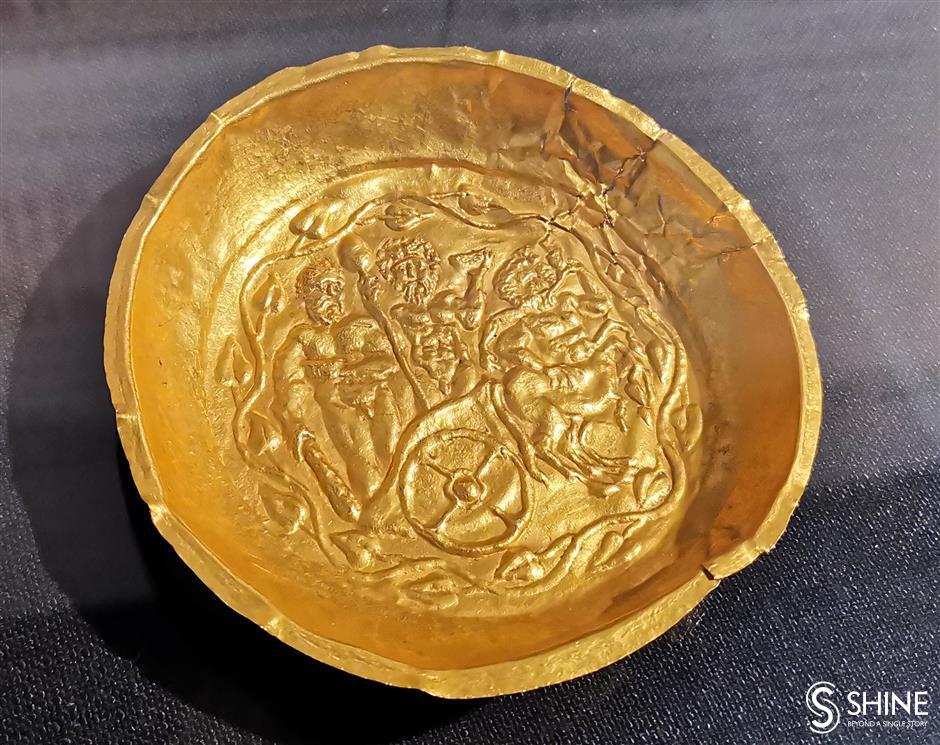 Showcased is a gold plate carved with floral patterns and three Greek mythical figures. It was excavated from Datong City in north China’s Shanxi Province.

Made in the Southern and Northern Dynasties (AD 420-581), the plate was excavated from Datong City in north China’s Shanxi Province. Ever since the Northern Wei Dynasty (AD 386-534) made it as the capital, Datong developed into one of the hubs along the Silk Road.

The exhibition also has another silver plate carved with Dionysus. Adorned with vine patterns, it portrays Dionysus riding a lion.

During the Southern and Northern Dynasty, the Eastern Roman Empire dispatched ambassadors to the Northern Wei imperial palace to maintain the friendly relation. The plate was brought to Northern Wei royal court as a tribute.

Another silver container with gold motifs also testifies to the mutual influence in cultural exchanges. It is engraved with pomegranate patterns which symbolize harvest, prosperity and thriving offspring in Western countries.

Pomegranates spread to the Orient during the Tang Dynasty (AD 618-907) and soon found favor. People printed, carved and embroidered such motifs on clothing and handicrafts, praying for happy marriages and prospering offspring. 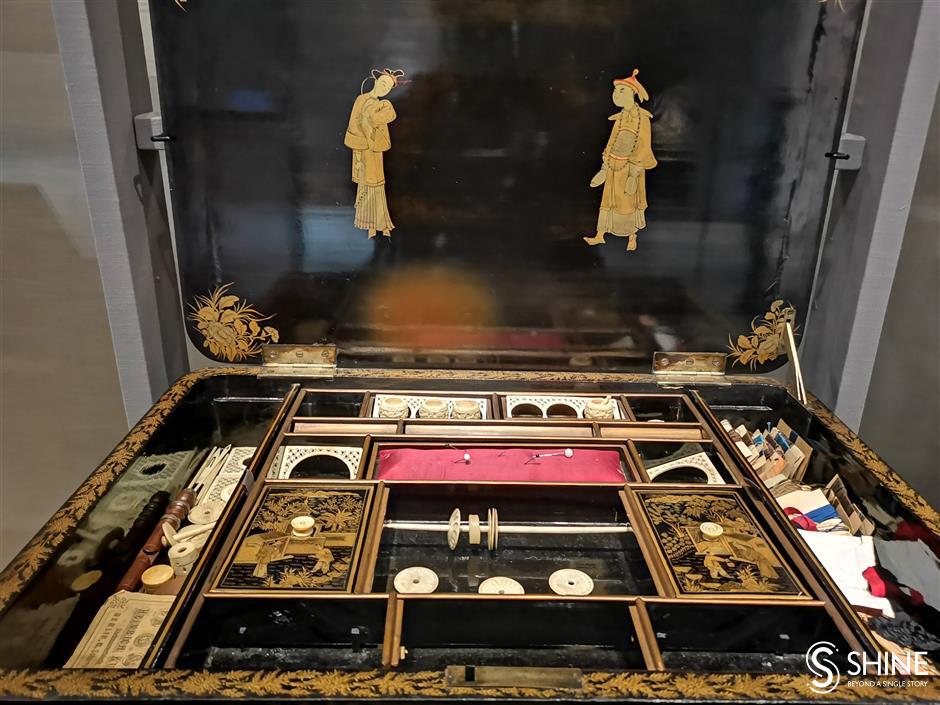 A dresser with patterns of traditional Chinese elements is on display at the China National Silk Museum.

The Maritime Silk Road began to flourish between the 12th and 15th century, when long-distance trade in high-value products, particularly silk, tea and porcelain, began to expand between Chinese and Western empires.

In order to meet the demands from overseas, domestic kilns expanded in scale and integrated different firing techniques, making China a giant in the world’s porcelain industry.

During the middle of the Ming Dynasty (1368-1644), trade along the Maritime Silk Road reached its peak. A large quantity of Chinese products was transported to the West, which in return gave a boost to the chinoiserie trend.

In a bid to meet Europeans’ fascination for all Chinese things, exported crafts were decorated with all manner of Chinese elements. Chinese craftspeople produced a large number of ceramic products that integrated Chinese elements with Western designs.

The exhibition showcases a Jingdezhen blue-and-white porcelain with a chinoiserie style made in the Qing Dynasty (1644-1911). Henk Nieuwenhuys, a collector from the Netherlands, donated it to the Shanghai Museum in 2008.

The porcelain features patterns integrating Chinese dragon boats and Western sailboats. It is believed to be from the British East India Company which once ordered ceramics from China and then transported them to other countries.

In the late 18th century, Chinese-style lacquered furniture also found favor abroad. During that time, furniture from China was a luxury, only affordable by the upper class. 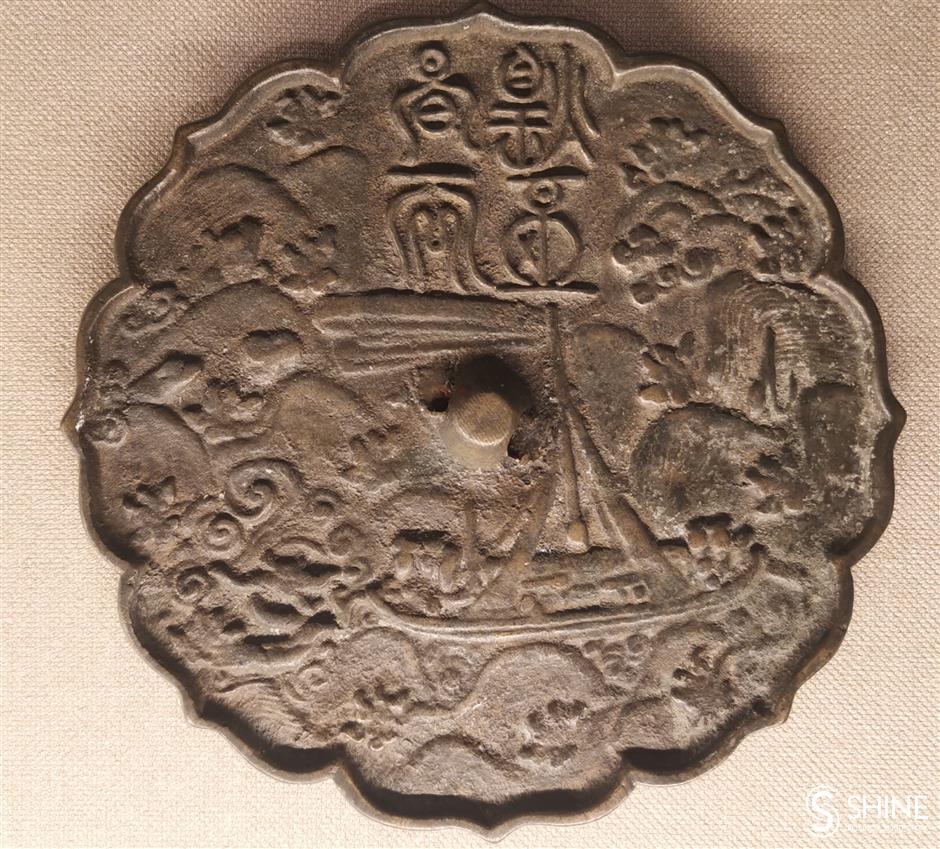 Antiques featuring exotic elements are on display at the museum, proving the cultural exchange between China and the West via the Silk Road. 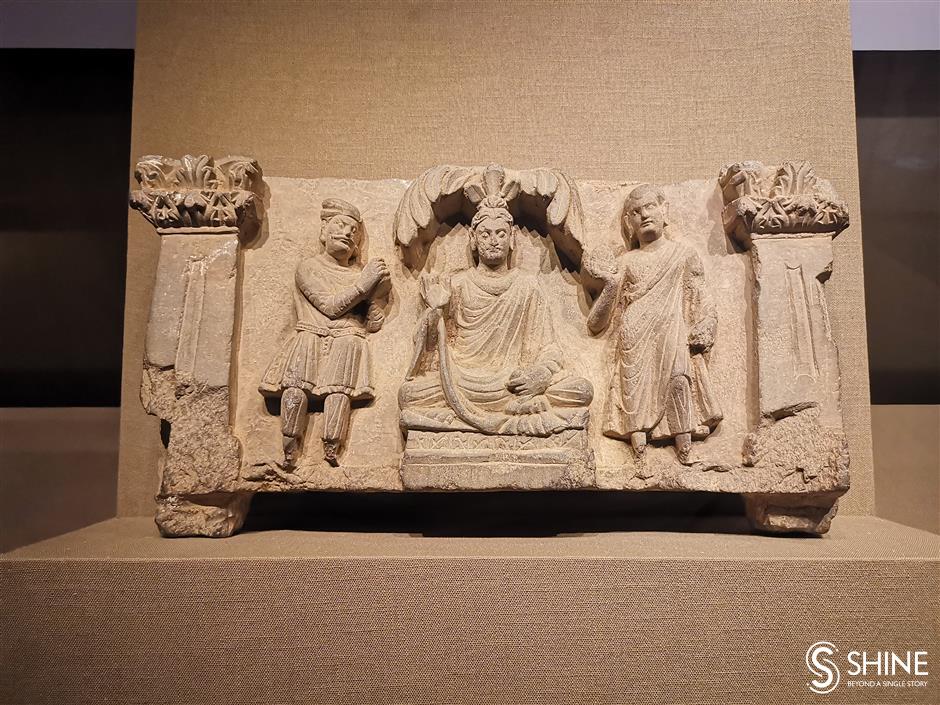 The exhibition showcases a lacquered table in Western style but decorated with chinoiserie-style landscapes and figures. Craftspeople carved on a lacquer to create scenes and then sealed it with more lacquers for a smooth and shiny surface. It evidenced the mutual learning between China and other countries.

The booming Maritime Silk Road also boosted the development of frankincense. The exotic aromatic resin was imported to the Song Dynasty (960-1279) and immediately become popular.

A silver incense burner on display was used to burn frankincense in rituals. It is designed in the shape of an entire lotus with a flower, seedpods and stems. Buried for centuries in the underground palace of Changgan Temple in Nanjing, it is highly valued for its rarity.

Date: Through August 23, closed on Mondays