The pandemic may have curtailed global travel, but that was not going to stop the writers and poets from voicing their opinions and thoughts in the modern world.

The Shanghai International Poetry Festival met in a virtual world this year with poets from 15 countries and regions interacting with local writers and fans online last week.

With the theme being “One World, One Heart,” the festival’s organizer Zhao Lihong sent out letters to global poets some time in March, seeking their views on how the coronavirus affected their lives and what could be done for the well-being of mankind.

“In the face of an unknown disease, poetry is powerless. It is unable to stop the spread of germs, to cure or save lives,” Zhao wrote in his letter.

But our prayers, quiet thinking, observance of reality and expectations of the future will trigger echoes in people’s hearts, inspire courage and give us strength to face the crisis.

Serbian poet Dragan Dragojlovic was among the first to write back.

“You speak simply, clearly and convincingly, my friend. I’ll try from your words to compose a poem that will be neither modernist, nor post-modern, but similar to the poems Kavafi wrote — fraught with facts, to the benefit of brotherhood among men and life.”

Britain’s David Harsent described the haunting silence of the lockdown. “Silence over silence, stillness over stillness, locked off — what a held breath gives back, the immensity between heartbeats,” he writes in his poem “Fermata.”

Thomas McCarthy from Ireland reflected on one Virgin flight at the end of her run in “A Farewell to Passengers” — “That a holiday or a love-affair brought to a sudden end might never begin again. Let me tell you, this COVID-19 will be gone before love ever dies.”

Italian poet Flaminia Cruciani addressed the pain of loneliness. In “Imprisoned,” she acknowledges: “I feel guilty inside. It’s my fault if he is in jail … because when he was here, I thought him unimportant. I didn’t recognize him.”

In “The Atlas of the War Against Epidemic,” Chinese poet Yang Zhixue brings out the fear and anger of the early days of the coronavirus. He talks of the need to run again, saving lives, in “a speed faster than death.”

Chinese poet Xu Fang hailed the doctors, nurses and medics on the front line against the virus. In “How You Look Like,” she says, “you yourself are completely surrounded by various dangers.

“Probably, what truly tests you is not the degree to which you can withstand the blow of death one after another, but the willingness to sacrifice beyond the limit: to save a life with that of your own.”

Serbian poet Dragan Dragojlovic was named as the winner of the 2020 Golden Magnolia International Poetry Award. 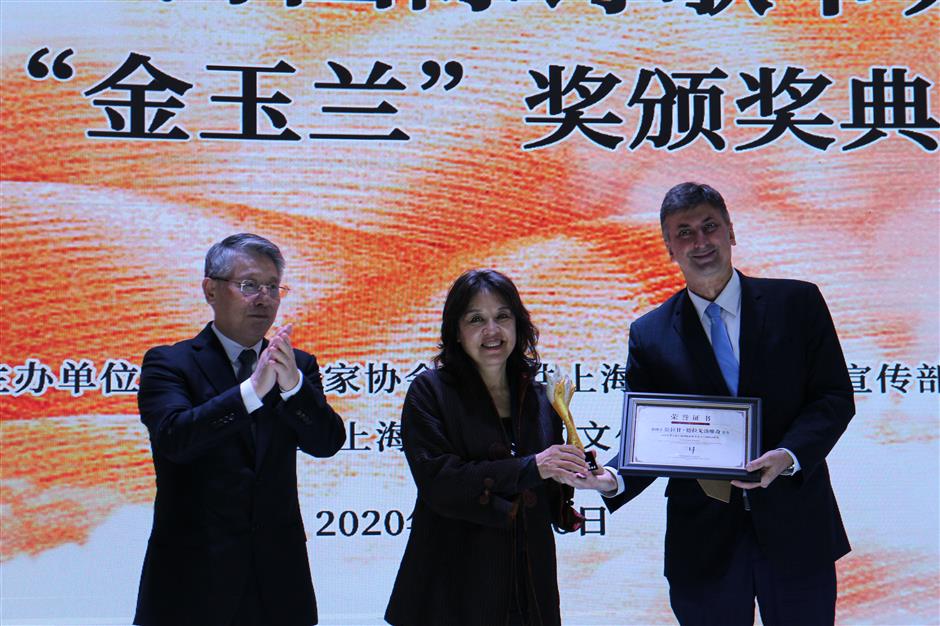 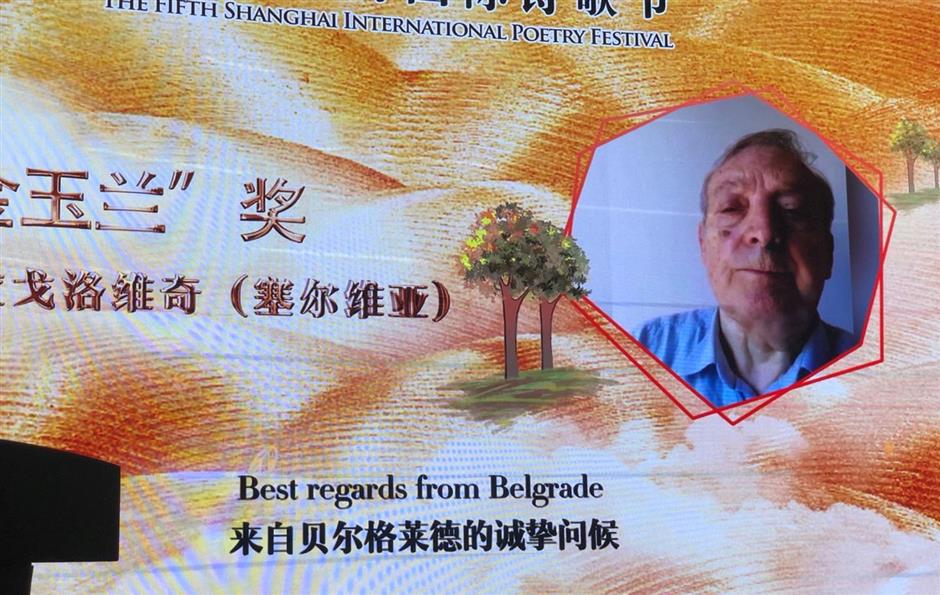 Dragojlovic expresses his gratitude from Belgrade.

In crediting his work, Zhao said, “Over the past 40 years, Dragojlovic has created a kingdom of poetry that is very much of his own: a concise and power wording, a fast-moving tide of images and an abundant expressing in feelings. In his poems, human fortitude and tenderness are interwoven.”

Despite the time difference, Dragojlovic expressed his gratitude from Belgrade for the recognition.

“I am very honored to receive (the award). Especially, because this award comes from Shanghai, China, a great country and a big friend of Serbia,” he said.

“At such a special time, the organizing committee of the Shanghai International Poetry Festival endeavors to bring us online together to reflect on the time spent dealing with the novel coronavirus pandemic, which is of great significance,” Kim said. “It shows the world that poetry is one of the most powerful forms of therapy to enhance the well-being of individuals, families and the society as a whole.”

About 80,000 people watched the award ceremony on livestreaming platforms Tencent and Bilibili.

Dragan Dragojlovic was born in 1941 in Serbia. He graduated and obtained his master’s degree in Economics at Belgrade University. Among other things, he served as ambassador of Yugoslavia in Australia and New Zealand from 1997 to 2001. He has published about 20 books of poetry as well as children’s books and two novels. His books have been translated in Poland, India, Russia, Greece, Turkey, Romania and the United States. 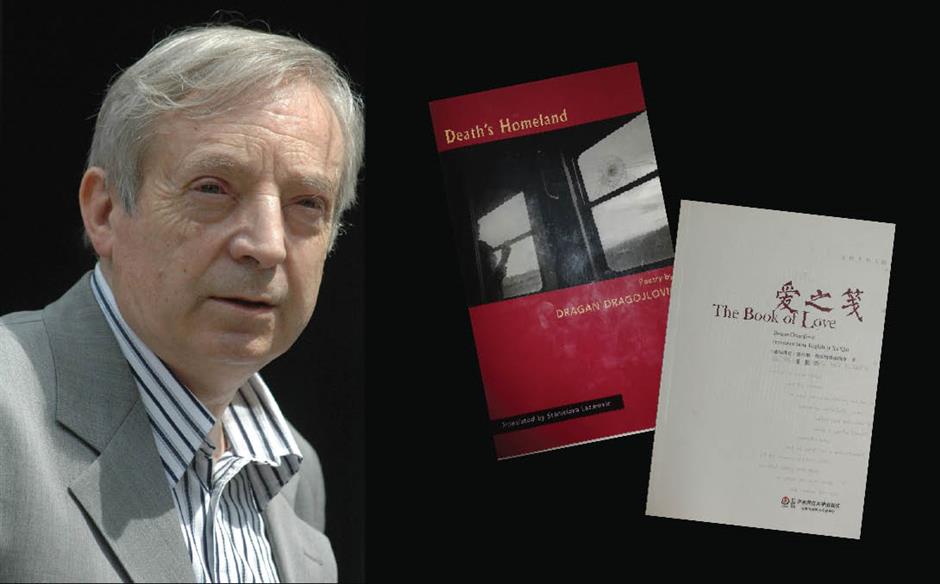 “Death’s Homeland” was published in English first in Belgrade in 1997 and the US in 2008. It achieved global success and received excellent reviews. His writings captured the horrors of the war and ethnic conflicts that led to the break-up of Yugoslavia. In one his poems, he asks: “what are we to do with so much grief?”

He tells the truth in startling images and expresses the resilience of the human spirit in the midst of despair with lines like: “what joy a single star can bring.”

“The Book of Love” is a hymn of love as well as an exploration of humanity. Published in 1992, it was translated in Mandarin in 2013. Many of the poems in this collection expresses love that is engraved in memory. “Do you remember the color of my voice?” goes a line in the book.

“Dragojlovic has a knack for using bold images, which has given his poems wings to fly,” Zhao wrote in the preface of the Chinese edition of the book.