Liu said he was so taken by Ye’s art that he felt compelled to take the plunge and curate a show for the first time. The exhibition features 150 of Ye’s artworks over the past decades.

“Ye’s art is influenced by his life-time passion for collecting the art of modern Chinese masters such as Fu Baoshi, Xu Beihong and Huang Binhong, all of whom represent milestones in Chinese modern art,” Liu said at the exhibition’s opening. “His collection of modern paintings and calligraphy is enormous and incomparable.”

Ye developed an interest in art at an early age. When he was four, his father drew a boat on the back of a cigarette box, which triggered his interest in painting.

He went on to study stage design at Jiangsu Drama School, where one of his professors — Tai Qiyou — was a student of Fu Baoshi. 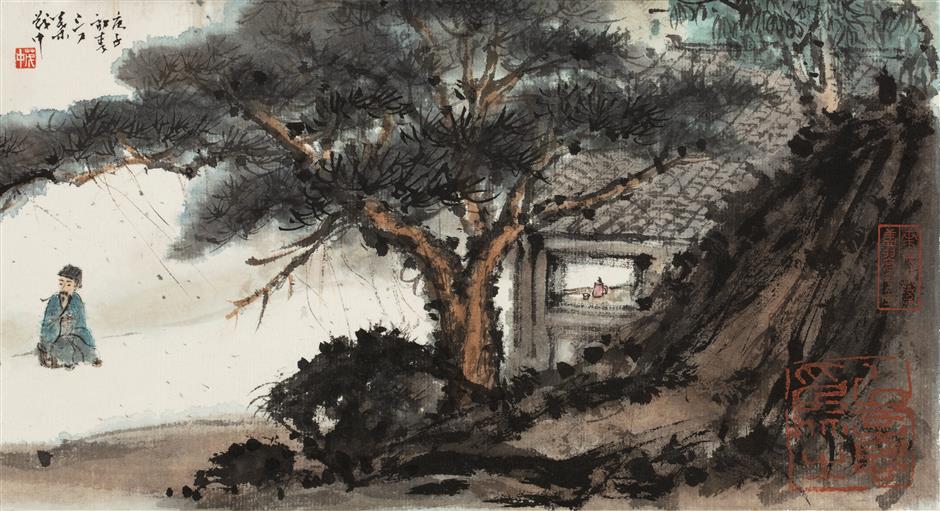 “Sitting in the Dawn” by Ye Maozhong