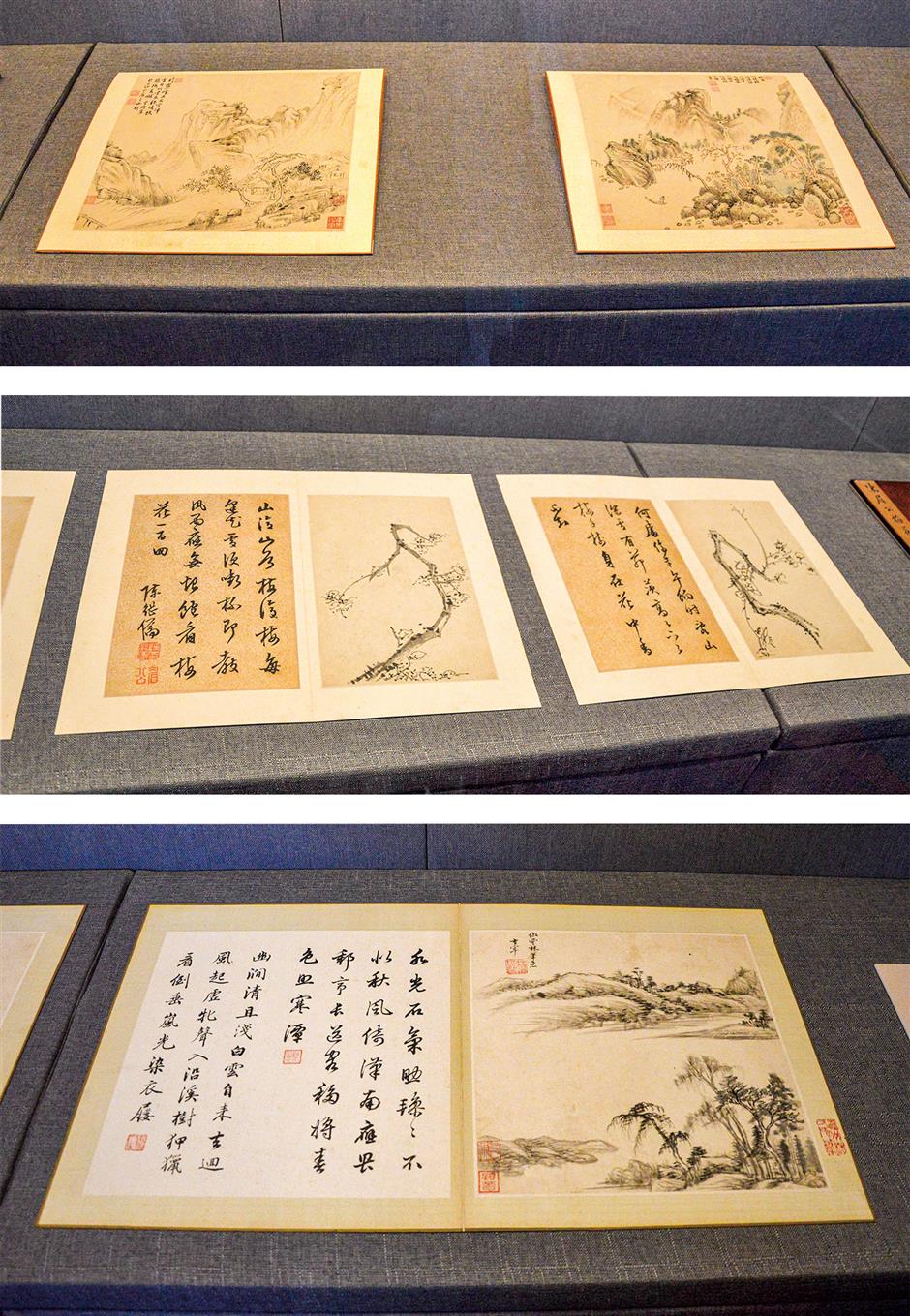 Some of the paintings and calligraphy by three ancient Songjiang artists — Mo Shilong, Dong Qichang and Chen Jiru — which are on display at the district’s Dong Qichang Art Museum until March 15

Twelve painting and calligraphy works by three ancient Songjiang artists are on display at the district’s Dong Qichang Art Museum until March 15.

When Mo created his “Landscape Painting Collection” in the summer of 1555, Dong was born the same year, followed by Chen’s birth three years later.

The three artists established a profound friendship. Several years older than Dong and Chen, Mo was an art mentor for the two artists and influenced them significantly in calligraphy and painting practice and theories.

Dong’s renowned commentaries on the differences between northern and southern Chinese landscape paintings were actually a development of Mo’s earlier theories.

Dong and Chen, roughly the same age, established a friendship that lasted from their youth to the end of their lives.

“We started planning the exhibition at the end of 2019. After a year’s efforts through collaboration with Shanghai Museum, we thoroughly explored Songjiang’s painting and calligraphy heritage, and successfully launched the exhibition here,” said Peng Yefeng, curator of the Dong Qichang Art Museum.

An opening ceremony for the exhibition was held at the museum on December 14.

“The artistic heritage of the ancient Songjiang painter Dong Qichang belongs not only to Songjiang, but also to Shanghai and the whole world,” said Ling Lizhong, chief of painting and calligraphy research department at Shanghai Museum.