When Arash Estilaf, an Iranian actor, TV host and merchant, was a child, made-in-China items such as pens, balms, and TV sets brought home by his father piqued his interest in China.

Estilaf, also known as Hua Bobo in Chinese, left Tehran for Shanghai to study Chinese at East China Normal University in 2005. He recalled that at the time, China was not a popular choice for young Iranians looking to study abroad. Estilaf, on the other hand, fell in love with the country and surprised his friends.

He enrolled in the Shanghai Theater Academy in 2010 to pursue a postgraduate degree in television and broadcasting, and he later earned a PhD in film and TV production and media management.

Estilaf, now 34, did not expect to stay in China for so long, despite his extensive educational experience there. He has been in Shanghai for 17 years, as "an ambassador of culture" between Iran and China.

"My second hometown is Shanghai." "I've lived in this city longer than any other in the world," Estilaf said. "When I go to Iran, my friends refer to me as a laowai (foreigner) in terms of the influence from my life in China." 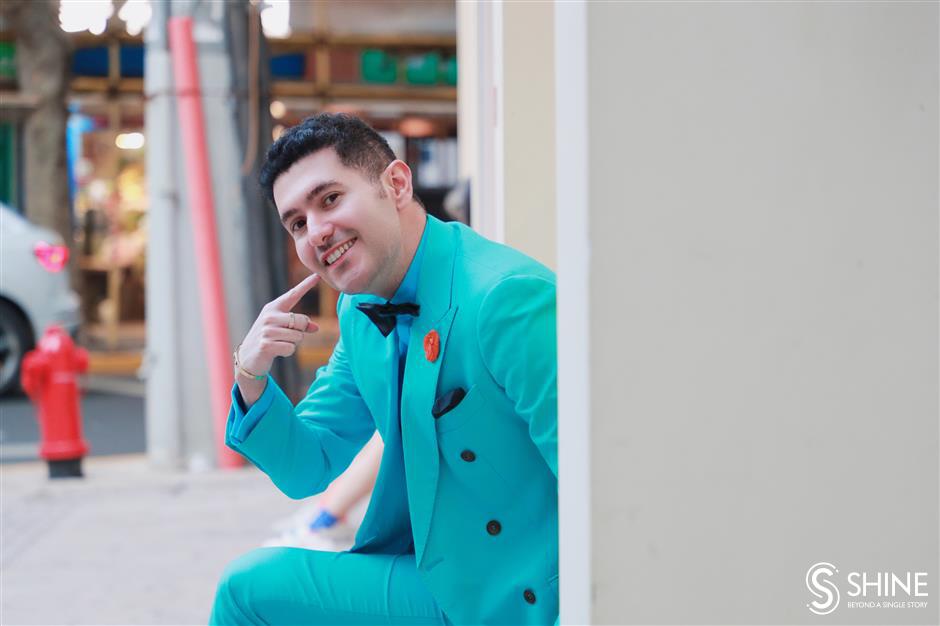 Iranian actor, TV host, and merchant Arash Estilaf has been in Shanghai for 17 years, as "an ambassador of culture" between Iran and China.

Estilaf is obsessed with Chinese gardens and the songs of legendary singer Teresa Teng. It all started with a video he saw as a child. In the video, he was smitten by a kissing couple in a Chinese garden.

Estilaf enjoys early morning jogging in Shanghai's parks and is warmly welcomed by the city's friendly and hospitable Chinese aunts, who invite him to dance and do tai chi exercises with them.

"Interacting with Chinese aunts is a heartwarming experience," Estilaf said. "I am moved by their enthusiasm, friendship and optimism for life. That's the warmth of the city and its parks."

Estilaf also thanked Professor Zhang Song, a TV scholar from the Communication University of China, saying he had completely changed his life.

When Estilaf competed in a Chinese Language Competition in 2009, Professor Zhang discovered his untapped potential in acting and hosting. Professor Zhang encouraged him to pursue his passion for theater at the Shanghai Theater Academy. 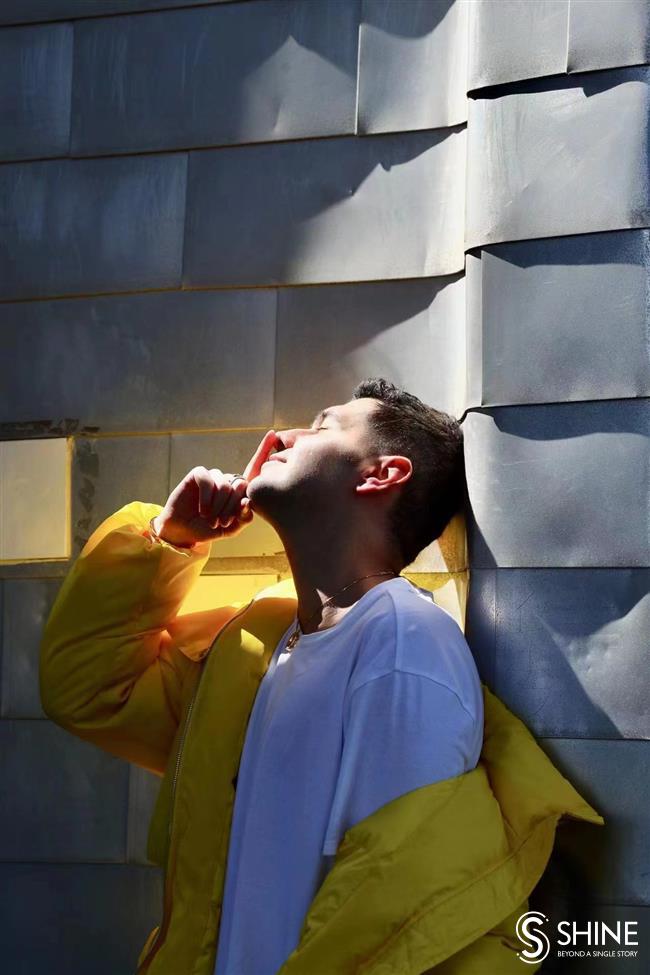 Arash Estilaf is one of China's most well-known Iranian personalities.

Estilaf impressed people after graduating from Shanghai Theater Academy with his creative comedy acts in the local variety show "Comedy Star" ("King of Comedy"), as well as his natural and quick-witted hosting style of "America's Funniest Home Videos (AFV)" on International Channel Shanghai (ICS). His ability to communicate in Chinese, Korean, Japanese and Arabic, as well as regional dialects of China, astounded his fans.

Estilaf has starred in many popular variety shows, TV series and films, including "Wheel of Fortune," "Made in Iran: Sakhte Iran," "Ode to Joy," "Hot Mom!," "My Sunshine," "Informal Talks," "The First Half of My Life" and "Go Go Squid!" His on-screen wit and confidence won him a devoted following in China.

He is one of China's most well-known Iranian personalities. He was on top trend (hot search) in 2020 for his impressive acting in the TV drama "Go Go Squid!" More than 139 million people searched his Chinese name "Hua Bobo" in only two hours on Weibo. He was astounded by the power of China's social media. 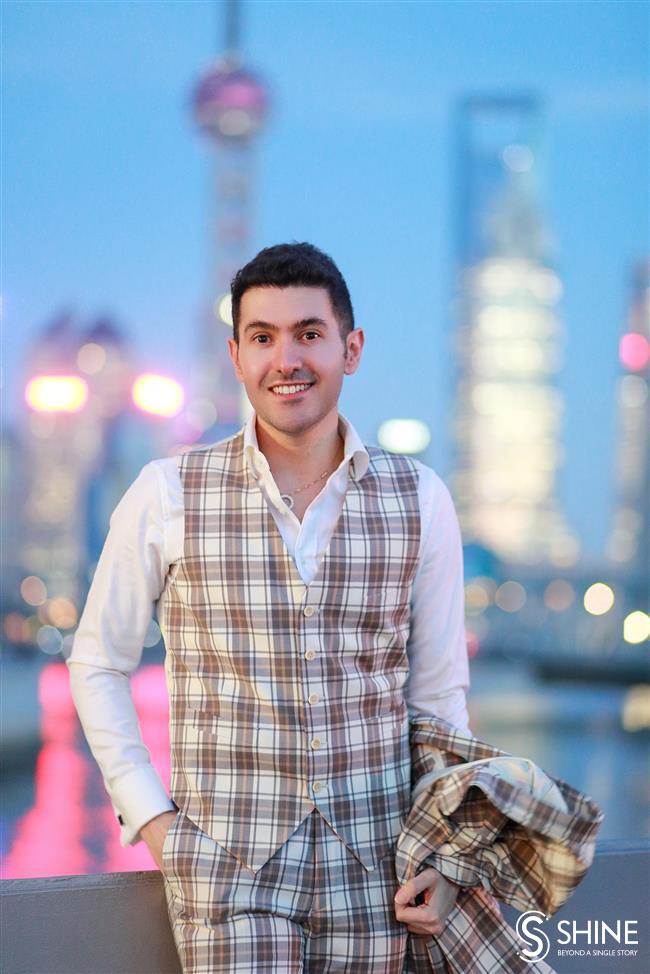 Estilaf has witnessed China's tremendous development over the years, particularly in transportation, the Internet and environmental protection.

"Because of the rapid development of the Internet and streaming platforms, ordinary people can now showcase their talents. In addition, I'd like to credit the blue sky, beautiful sunshine and white clouds here to environmental efforts."

Estilaf's enthusiasm for the rich and profound Chinese culture is unmistakable. He is captivated by the variety of Chinese cuisine. He claims that his food options in Iran are limited to barbecue and curry.

"Chinese culture is extremely tolerant," he explained. "Chinese calligraphy and characters are lovely. I've noticed that many Chinese characters have a backstory or are culturally significant. That's incredible. I'm also interested in Taoist philosophy. It has helped me to calm down and find inner peace."

Estilaf has discovered some fascinating cultural differences. When he left a house party, the Chinese host told him to manzou, which translates to "walk slowly." He was perplexed at first, but later learned that it was a polite Chinese expression that meant "take care and have a safe journey." 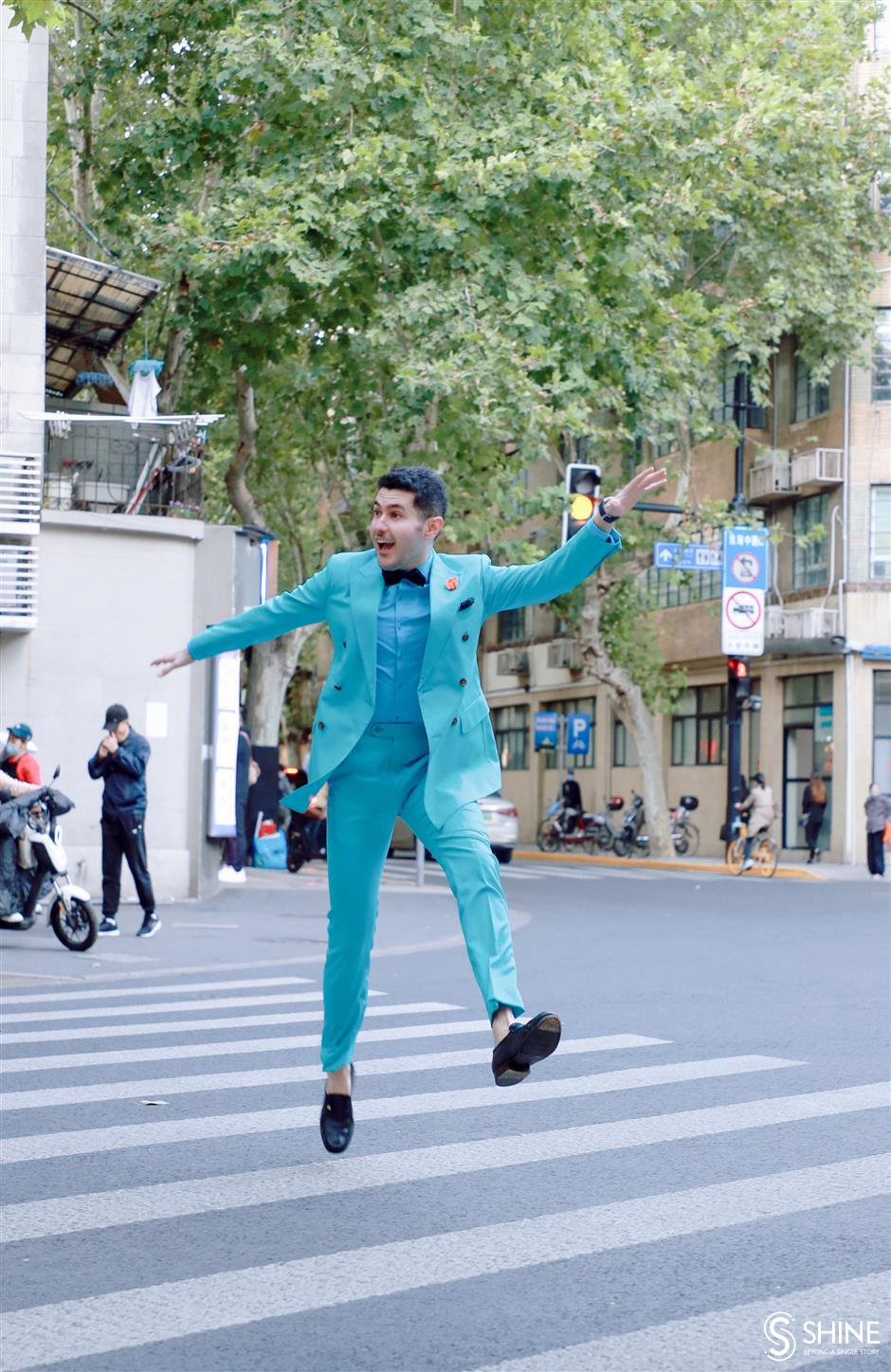 Iran recently became a full member of the Shanghai Cooperation Organization, and the two countries have a long and deep friendship.

Estilaf believes it is his responsibility as an Iranian who is familiar with Chinese culture and society to promote cultural exchanges and understanding between the two countries.

He also arranged for a Chinese documentary crew to film in Iran and invited international students to participate in local cultural and art exhibitions. He discovered that Chinese theater and comedy are popular among Iranians. He hopes and he will try his best to do more in the future to help them understand both the real and glamorous China. He also intends to write a book titled "China and Iran: Zero Distance" to document the two countries' friendship.

"China is an important ally of ours," he added. "It has generously assisted and supported the Iranian people. I sincerely hope that the two countries' flags will always fly together."

﻿
Special Reports
﻿
61768
,
63082
,
Iranian actor Arash Estilaf hopes flags of his country and China 'will wave together forever'
Reviving an ages-old instrument with a modern twist
The classic craft of weaving art from textile fabrics
Shanghai and Athens art festivals build digital bond
There is a link between nature and the apparel business
Design for fun at the Museum of Art Pudong
Ask me no questions, and I'll tell you no fibs
A Spanish photographer's interpretation of Taoism
Morandi exhibition in Shanghai extended for a month
Immersive exhibition delves into the dazzling dreams of the infant
EXPLORE SHINE